Two years ago, to infamously polarising results, Rian Johnson's Star Wars: The Last Jedi (2017) explored some fascinating themes within the Star Wars lore - the middle-ground between the black and white of the Sith and the Jedi, and denouncing those old ways to find balance without the extreme light or dark. It ultimately concluded on a bit of a diversion back to one good ol' 'good guys vs bad guys' battle though, so the big question going into Star Wars: The Rise of Skywalker (2019) is whether returning director J.J. Abrams decides to continue on that path, or to explore those fascinating spaces between good and evil even more.

What route has he gone down? Well, mercifully it has to be said that the core of this trilogy-concluding film is ultimately concerned with the latter of those things, as the main through-line of Abrams' (and Chris Terrio's) script is all about finding balance in new and fascinating ways. The only thing is, this is equally a movie muddled by ridiculously overcomplicated plot strands and thematic diversions, so that core doesn't always carry through as well as one might hope.

The story goes to countless different places and makes an awful lot of big moves as we follow resistance members Rey, Finn and Poe on a twisty, complicated quest to find a resurfaced Emperor Palpatine, whilst Kylo Renn simultaneously balances interactions with Rey, Palpatine and the First Order in different corners of the galaxy. The result of cramming all that in is an unbelievably busy movie that's arguably the first Star Wars entry that you'd genuinely be able to call overstuffed, but it's still what it's actually doing with all that which is properly important. 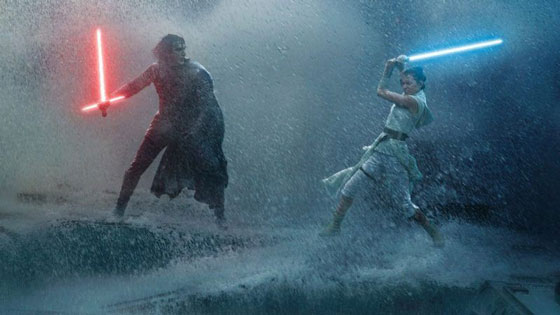 Do the many plots just serve as an attempt to cram in as much fan-service as possible? Well there is a fair amount of revisiting the franchise's greatest hits, but there are also many surprising reveals that thankfully don't pander to expectations too. In fact, there are so many such twists and revelations made or questions answered that it can come across as a pretty exhausting check-list at times, and to get through all of that the editors have had to chop through scenes at alarmingly breakneck speed - reportedly even editing on set as they went along.

That means there's not the let-up to spend time with these characters as much as you'd probably want - especially in comparison to Abram's perfectly-paced Star Wars: The Force Awakens (2015). However, the character department is thankfully another example of the film getting things right underneath everything, as each person still ultimately has a proper arc, and the dynamics between them are very engaging - something which certainly couldn't always be said for The Last Jedi.

It's great to have Rey, Finn and Poe back as a team as the way they play off one another is both touching and amusing, and their humanity translates well. Finn's concern for Rey and his belief in the Resistance shines through, Rey's fascinating fear, fragility and lack of control over her powers is explored, and even Poe gets some proper back-story to make you care about him all the more. 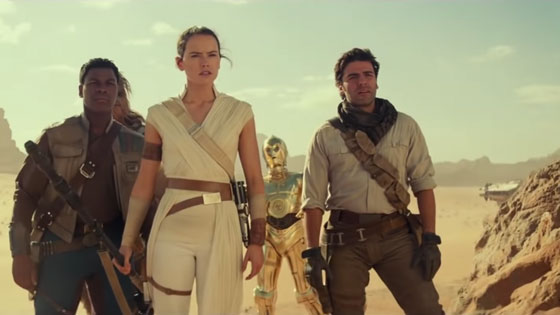 The real core of the film however is the Rey and Kylo interactions, as this is where those central themes planted in The Last Jedi are explored and where the fate of the galaxy ultimately resides. Thankfully, those scenes are very successful indeed. The pair really do share fascinating chemistry and their characters are given genuine development (enabled in part by great, conflicted performances from both Daisy Ridley and Adam Driver), but what's most relieving is that the whole idea of balance mostly carries through with them.

That's not to say there isn't more affection expressed overall here for the franchise legacy and the ways of of the Jedi (which does somewhat muddy that through-line), but fans of the interesting strides made forward in The Last Jedi shouldn't be saddened, as they're far from undone here - even if some small plot-points are. 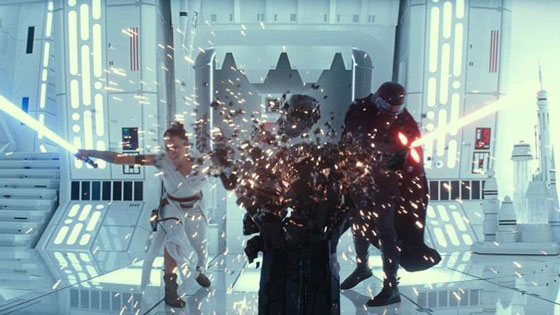 So, overall, the main thing to say about Star Wars: The Rise of Skywalker (2019) is that it's a film that's ultimately going in a very interesting direction and making some fascinating conclusions around the central thematic seeds planned in its predecessor. It's also a film that deals with its characters extremely well; it's just that getting to the core of what the film is doing takes work as it's surrounded by a plot that simply never stops.

Surely there's some way of making these moves with these characters and themes without having the story be so complicated and the pace so quick as a result. If J.J. Abrams had managed that, this might be close to the perfect new Star Wars movie and the perfect conclusion to the series. Because he didn't, Star Wars: The Rise of Skywalker (2019) is an exhausting watch at times, but it's also one whose core is almost perfect. That's arguably the most important thing, it's just a shame the execution isn't slightly less busy.