By Barnaby Turner | Leave a Comment | Published 1 year ago

Even the very release of Zack Snyder's Justice League (2021) Cut is a complicated beast. To some, it's an auteur filmmaker's vision void of studio meddling finally making its way to audiences after 2017's messy mixed bag. To others, it's the victory of a small section of fandom having their toys handed back to them at multi-million dollar expense after they chucked them out of their prams and angrily demanded that Warner Bros. #ReleasetheSnyderCut. It's possible for the project to be both of those things of course, but it equally stands to reason that if you return a baby its toys, you won't have seen the last of the throwing.

This is undoubtedly the most major example to date of a studio overtly listening to and delivering on fan demands from social media, and that sets a fascinating precedent. Twitter and the like magnify the voices of the most vocal few, and if Hollywood listens to such fandoms' every demand, they could risk alienating general audiences, and ultimately interfering with filmmakers' ideas even more in the future. Studios are often painted as the big bad beasts of Hollywood, but they generally know more about what they're doing than your average spotty keyboard-warrior, and the constraints and guides they've placed on even the greatest filmmakers have created many incredible movies over the years.

Zack Snyder's Justice League (2021) then provides an interesting study of what a director's vision and fan-dream looks like completely untouched, and the result is almost the epitome of what you'd expect. It's both a sprawling, baggy, 4-hour auteur project with its director's best and worst traits on full display, and a fan-service project of epic proportions. That makes it extremely tiring and incredibly impressive, but why it's received such broad critical acclaim is frankly befuddling. 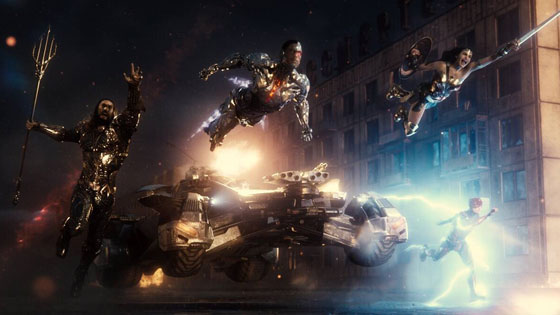 Many will know that Zack Snyder is a director with a very specific and polarising set of hallmarks. On the one hand, his movies are always absolutely stunning; dripping in blacks, browns and blues and backed by thunderous metallic sound design like an explosion at a steam-punk convention. He's obsessed with theme, and uses heavy visual symbolism and on-the-nose dialogue/music choices to delve into heady ideas about gods and heroes in films like Watchmen and Batman v Superman. But at the same time, he's equally someone who struggles with storytelling and the building of layered characters to translate those ideas or make his films emotionally engaging to the audience.

With no one there to restrain him, this Justice League cut has all of those qualities and flaws turned up to eleven. It sure is breathtaking to behold with its sweeping landscape shots, apocalyptic, huge-scale action set-pieces and lens flares. It's got more grunts and screams than a Wimbledon final, and a deafening, eardrum-perforating score from Tom Holkenborg. That all creates many highly impressive and beautifully-executed individual moments; one in which The Flash saves a woman on the street for example where Snyder's slow-mo emphasizes every look of fear, amazement and helplessness as it the camera glides around the characters' faces.

But in the end, the film is so obsessed with 'moments,' like these that it ultimately feels as though it's been put together by someone who's only ever directed a music video. Sure, the best of those scenes are about building characters, but mostly they're about driving plot forward, and the fact that each and every one is so over-egged not only undermines any potential impact those have, but also removes any sense of cohesion or engagement you could build from the overall piece.

Take the first "part" (the movie is split into six) as an example. After a flashback to the death of Superman, we're introduced to Aquaman, but not before we spend a good five minutes watching a withered Bruce Wayne (Ben Affleck) scale an Icelandic mountain on horseback. When he arrives, he makes it clear that he's putting together a team of heroes, but Aquaman quickly declines to join and proceeds to walk out to sea whilst a group of random villagers sing a weird folk song for what feels like eternity. Later in the film we get a similarly long introductory scene where he walks to the edge of a pier in the waves and takes his shirt off. It's all very cool, but we're not given a reason to care for any of that, it's all just set-up and exposition.

Similarly, we then witness the villain Steppenwolf arrive on Wonder Woman's island of Themiscyra to take a box, and an epic 15-minute battle plays out between a bad army we know nothing about and some Amazonian warriors we've barely met. The reason these countless moments are lingered and zoomed over for ten minutes-plus a piece (or, often, why they're in the film at all) is generally baffling. It's almost as if a fan sat down and thought of everything "cool," they could possibly do in the film and went ahead and did them all without questioning their value. Heck, you can almost hear Snyder behind the camera leering over how awesome everything looks. 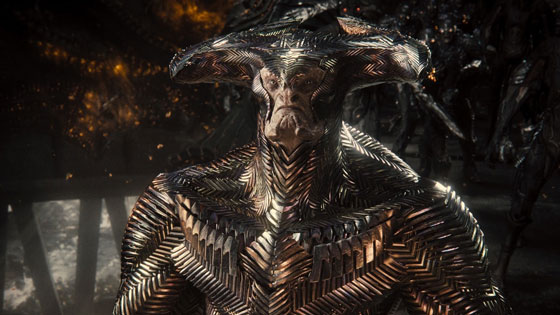 In other movies, Snyder's style of filmmaking which emphasizes individual moments can sometimes be forgivable because, although his scenes aren't generally there building characters, they are getting you to think about a set of interesting themes. In Justice League though, there's nothing like the questions raised (albeit clumsily) in 'Batman v Superman.' Instead, it's about a boring, cookie-cutter (crop-circle creating?) villain looking to end the world by getting a few cubes together, and a team of heroes coming together to stop him.

There's nothing at all wrong with that, after all we've seen plenty of it from Marvel, but what makes other films of this type engaging is that we care about the heroes and the people they're defending. In Justice League at least there is some exposure to civilians, and indeed a few rather moving moments where heroes defend them. However, the big final battle (absurdly titled "something darker") takes place far from the eyes of civilization; so far in fact that it's handily somewhere "the army don't even go," because it's so radioactive.

What's far more troublesome than any of that though is that you don't care all that much about the heroes themselves. Sure, Ray Fisher's "f*** the world," daddy-issues Cyborg gets an interesting become-the-hero arc, and Ezra Miller's rather amusing Flash stands out, but in a 4-hour film, you'd hope that these people and their interactions would get a whole lot more development. The glaring difference between this and the comparable Avengers team-up movies isn't the disparity in "tone"; it's the focus on the characters and how Marvel manage to get us crying and on the edge of our seats because we care about the people doing the fighting, no matter how ridiculous the costumes or scenarios became.

Interestingly enough, Avengers director Joss Whedon was the one brought in to alter the original cut of Justice League after Snyder left, and whilst the reports of his behavior on set are troubling and his theatrical version made far less narrative sense than this, the fact he managed to cut all the fluff out and alter this film's focus from its momentary cool-ness to its characters and their relationships - albeit in a very surface-level kind of way - is impressive. That being said, if you gave your average moviegoer a pair of scissors and a full reel of this latest version, I'm sure they'd be able to chop out all the unnecessary self-indulgence (plus the countless epilogues) and end up with a better two-hour movie quite easily. 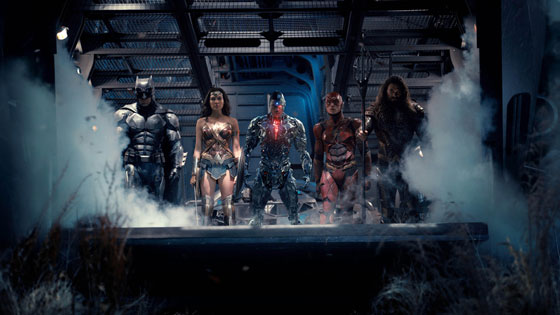 In the end then, as a study of what a polarising filmmaker can do without constraints, Zack Snyder's Justice League (2021) is pretty damming. More often than not you'll be wishing a producer had been standing over the editing desk demanding that an unnecessary ten minutes of slow-mo be cut here, or a meaningless set piece be removed there. It really does feel like a fan-service nightmare driven entirely by what will look cool, and even the stuff that could be necessary and engaging feels absurdly over-egged and drawn out.

What's more, unlike some of Zack Snyder's best work, it's not even about anything beyond its plot, so with few engaging character moments, you'll sit there for four hours as your bum goes numb, your eyes glaze over, your feet get fidgety, and you grow visibly older. For some fans, this beast of film may be a cause for celebration with all of its cool moments, but for most people it will undoubtedly be more of a momentous slog than it is a joy-ride. It's a real shame to say this, and it's no disrespect to its creator who has been through hell in recent years, but if you value your time on Earth, you should avoid Zack Snyder's Justice League (2021) at all costs.

I give Zack Snyder's Justice League a 4 out of 10.