No theme is more universal than the madenning joy and upsetting nostalgia associated with growing up, and that's exactly what Greta Gerwig's adaptation of Louisa May Alcott's Little Women (2019) leans into most. Of course, that's a central idea which has captured artists across the world forever; it's been the focus of many of Pixar's best ventures for example, and Bruce Springsteen (who Gerwig raved about in a recent interview) perhaps painted it best in his song 'Growin' Up,' where he beautifully romanticises that kids can "stride all alone through a fallout zone, and come out with their souls untouched."

That sense of invincibility is perfectly brought to life by every scene of the young souls in Gerwig's film, though what makes their transition to adulthood so central is that here those past joys are cut directly against the characters' present. In fact, we technically pick up the story half way through where central character Jo (Saoirse Ronan) is in New York studying as a writer, and we then see her and her three sisters' childhood playing out in a series of extended flashbacks.

That means you really feel the void between adolescent indistructablility and the necessities of adulthood, and that structural change is arguably the thing that thematically sets this version apart most from the many others. Alcott's classic story has after all spawned over ten screen adaptations which all emphasize slightly different things, so the fact that Gerwig has found her own way in with this one means it still translates as a hugely relevant and emotionally affecting story. 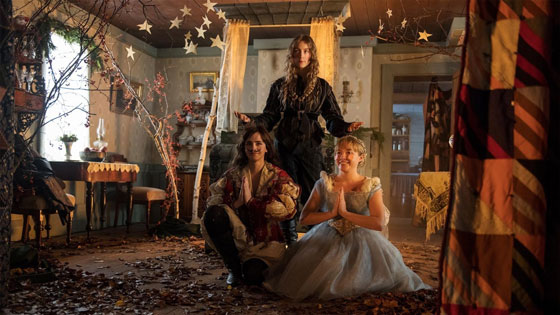 Not only does the clever structure enable that though; it only works because both the past and the present are executed so well. In the childhood sequences, the four siblings are an irresistible bubble of life whose affection for each other is truly palpable, and their little family unit in their charming house serves as a glimmer of joy next to the cold hostility of their high society neighbors. The performances from Emma Watson, Florence Pugh and mother Laura Dern are brilliant, and the many scenes where the characters bicker or gleefully talk over each other can't help but force a smile.

That's all tinged by a tragic inevitably when the three sisters are shown apart and Jo feels the strain of loneliness later in her life, and the way Saoirse Ronan adjusts her physicality to that immediately tells us how she's feeling - and indeed which part of her life we're looking at. She clearly longs for the way things were, and we even see her in her younger years doing everything she can to stop change as her sisters go off and get married or leave home. 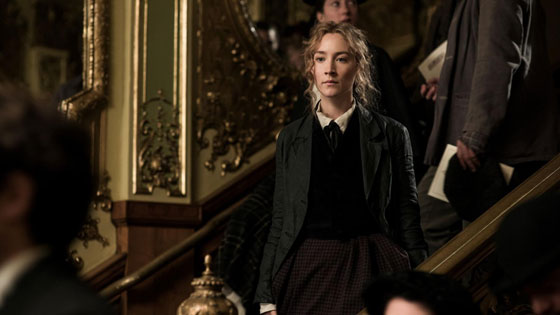 She also of course passionately believes that her and her sisters can and should be independent women, and that means she denounces romance herself (the fact that the beautiful Timothée Chalamet is chasing her strangely doesn't seem to make much of a difference). That's the feminism of the source material shining through too, and the strong, empowering independence of Jo's character certainly translates here.

In fact, Gerwig even somewhat engineers this version to reflect Louisa May Alcott's own life, as the book deal she gets in the end is very closely reminiscent to the deal Alcott struck, and her reluctance to marry or find romance remains - just as Alcott rejected marriage herself. Indeed, where in previous incarnations Jo's relationship with love-interest Bear (here played by Louis Garrel) was central to her finding her feet in adulthood, in this adaptation that gets very little development. Instead, reconnecting with the company of her sisters - however changed their lives are - is what gets Jo through. 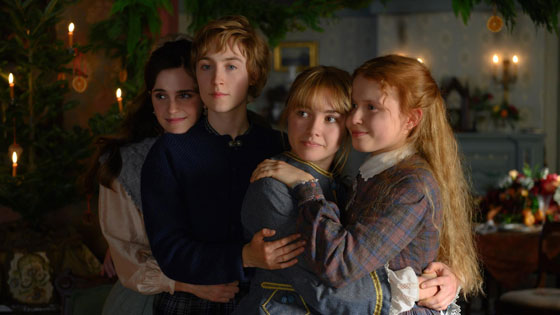 So to end as we started by paraphrasing Springsteen's take on growing up, as Jo's "feet finally take root in the earth, she gets herself a nice little place in the stars." That narrative arc is a beautifully affecting portrayal of finding oneself in adulthood, and Gerwig's structure and the performances that lend themselves to that make for a deeply affecting and engaging take on this classic tale.