A Fight for the Anti-Hero: Why James Bond Deserves a Place in the 21st Century

Saying you're a Bond fan in 2020 can sometimes feel a little shameful. After all, in the words of Judi Dench's M in GoldenEye (1995), the series' central character is consistently portrayed as "a sexist misogynist dinosaur," who certainly deserves limited admiration in an era where such behaviour is thankfully viewed as the harmful and disgusting thing that it is.

Indeed for myself, as someone who aims to fight sexism as a feminist in every walk of life, it might seem odd that one of my favourite film series is one in which the central character is a personification of the kind of behaviour I loathe and challenge. But here I'm going to dissect why the franchise and the character still very much has a place in today's world, and why I love these films so damn much. 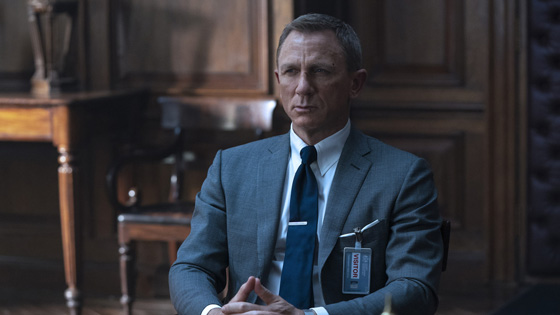 The first thing that needs to be cleared up about Bond in order to explain any of this is to clarify that he's never been a hero in the true sense of the word, and that you're not supposed to like him unconditionally, or celebrate him as you watch the films. He has always (including in Ian Fleming's books) been someone we have to root for in order to engage with the story, but his cause is often undermined, and his foolish, arrogant methods which show little regard for the lives around him - not to mention his alcoholism and violence issues - mean he's certainly what you might call an antihero, rather than someone that you have to love.

Antiheroes have of course fascinated literature (and then cinema) for centuries, as they often not only seem more real and understandable than perfect boy-scouts like Superman, but they also make for the most interesting studies of the evil and duality of man. Take Travis Bickle in Martin Scorsese's Taxi Driver (1976) as an example. Because we follow him and engage with him as the central character rather than we might with a villain, we're really able to tap into his psyche as a lonely, isolated soul who slowly begins to seek revenge on a city he believes is out to poison him. Taxi Driver is one of many examples to show that the best films don't have to unfold from the perspective of a perfect character in a perfect world, and there it makes for a masterful study of perception and radicalisation.

Of course, Bond isn't about perception or radicalisation at all; instead this man and his series of films effectively makes for the ultimate study of toxic masculinity. 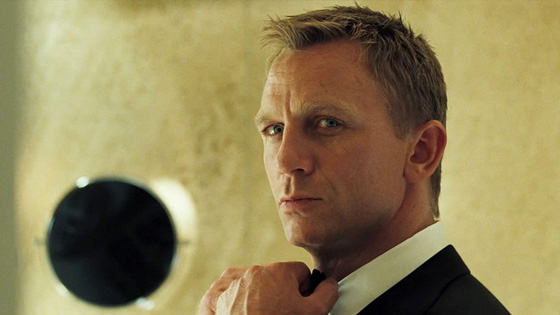 Indeed, Bond - in almost every incarnation - is an egotist and a womaniser who goes about his missions throwing his weight around, destroying and murdering everything around him with little consideration, and hooking up with and disregarding women by the hour. He's practically an embodiment of the damaging societal expectation for the traditional man, though rather than simply watching and enjoying someone like that run around committing acts of misogyny or violence, the series crucially validates itself by delving into the negative effects of that behaviour as well.

Indeed, like with all the best antiheroes, we're often very explicitly shown the problems with the character. On the one hand his blasé approach frequently puts him in dangerous and difficult scenarios which clearly cause pain for many, but on the other hand we also get plenty of chances to see how such behaviour affects him beneath the bravado. That's particularly the case in the most recent films with Daniel Craig where the entire narrative revolves around his painful struggle to become the heartless killer that the authorities demand of him, but it's also undoubtedly something we got throughout the series right back to the 60s.

Take Sean Connery's brilliant portrayal. He plays a character who's clearly trying desperately to fit into his role as the all-knowing, all-powerful gentleman. Whilst that may sound like heavy conjecture, with Connery's slightly nervous expression, the uncomfortable adjustment of his tie, and the constant slip-ups he makes which suggest his naivety, it's very clear that he's playing a part like a gorilla in a tux. That's powerful because it makes for a layered character, and the best Bond films and performances are undoubtedly those which offer glimpses of his vulnerability and humanity beneath the machismo, as they allow us to understand how fulfilling his role and expectations is taking its toll.

The film which I believe does the best job of that is Sam Mendes' Skyfall (2012), where Bond is exclusively played as a victim. He's blindly at the hand of M's ruthless ways and is ordered at every avenue to drop his compassion and view life as collateral damage in pursuit of his mission (heck, she even kills him off before the opening titles) and that leads to a study of his character which reveals how desperate he is beneath the exterior. Similarly, in Casino Royale (2006), Bond’s partner Vesper strips away his layers and discusses how he "wears his suit with disdain," and how he’s just a boy with his toys running around trying to out-macho the enemy.

Ultimately though, virtually the entire series can easily be read as a study of a thoroughly troubled character who uses his bravado and disgusting behaviour to mask his torment - and, dare it be said - his insecurity. The reason that's so powerful, and still completely relevant today? Well, by the very definition of toxic masculinity, we all know plenty of men like that. Lending the damaged, solicitous anti-hero view that this series so often has to such a man is very interesting, as there aren't actually many characters in film like him today. 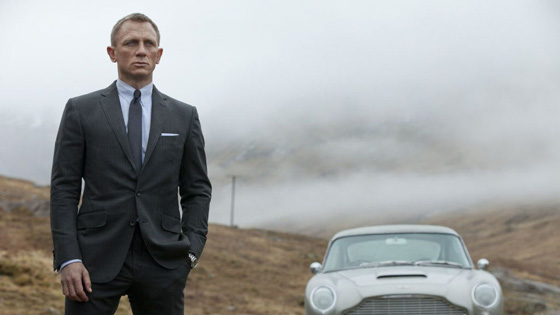 That's not to say of course that there aren't moments in the series where we're supposed to enjoy Bond's actions and like him on some level, but that's the same with all successful anti-heroes. He's a protagonist generally offered a holistic portrayal, and just like Travis Bickle in Taxi Driver, we're supposed to feel for and engage with him to some extent, as well as be disgusted by his behaviour. So, whilst it would be easy to say that Bond is an outdated product of yesterday - indeed the character himself is - the series remains a great opportunity for an interesting and layered character-study of what a damaging thing toxic masculinity can be, both on the individual, and those around.

Perhaps most of all then, the argument for Bond is a fight to defend the idea of the anti-hero. Despite what many would have you believe; people and characters don't have to be purely good or bad; it's far more interesting when they're troubled or flawed. Just because a film shows something, it doesn't mean it's advocating for it, and Bond's troubled character which embodies toxic masculinity is a fascinating example of just that.