'The Year of Spectacular Men' Review

Coming-of-age tales are typically restricted to the teen crowd. Stories of a lost innocence or new-found acceptance that empowers the central character in a way which emboldens them to tackle the world around them. Though it’s not atypical for stories to focus on stunted adults learning to self-actualize, what most films focus on is the comedy inherent in post-pubescent absurdity versus demonstrating real growth. This is but one of a few things that make The Year of Spectacular Men (2018) an engaging watch, even if not an overly impressive one. Written by central lead Madelyn Deutch (FX’s Outcast), co-starring/co-produced by her sister Zoey Deutch (Before I Fall), and directed by their mother Lea Thompson (Back to the Future) in her feature directorial debut, The Year of Spectacular Men tracks one year in the life of Izzy Klein (Madelyn) as she quests for answers to her frustrating life. 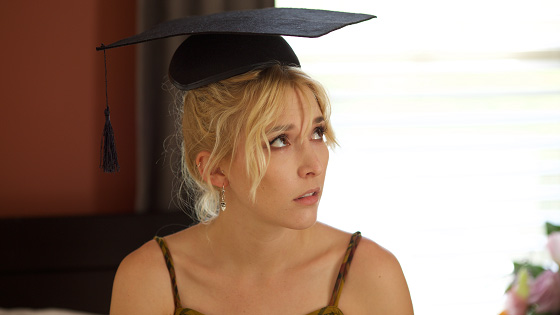 Prone to depression and anxiety, Izzy Klein doesn’t have what folks would call “a plan”. Though she’s got aspirations beyond college, finishing isn’t a priority, she jumps from hobby to hobby without any real desire to commit to any of them, and keeps herself in a toxic relationship because she knows how it works. Terrified that she’ll never figure out the meaning of her life, Izzy ponders a return to Los Angeles to live with her little sister Sabrina (Zoey), a successful actress, and her boyfriend Sebastian (Avan Jogia), a TV actor, which just the suggestion of the notion of the idea to do so causes her boyfriend Aaron (Jesse Bradford) to dump her without a second-thought. Unknowingly, what seems like the worst day imaginable is merely the start of a meandering adventure that offers a glimpse of the answers she seeks. 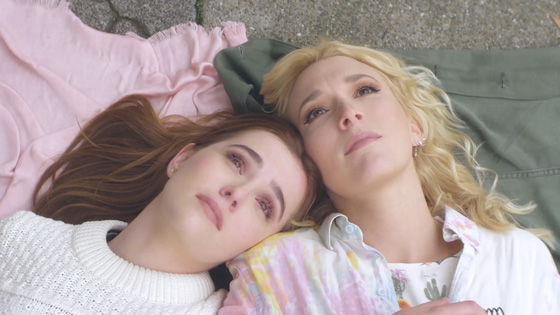 It’s no secret that this reviewer is a fan of Zoey Deutch and what child of the '80s didn’t grow up watching Lea Thompson on their television, so to learn that there’s a whole family of talent is a real treat. Gratefully, the best parts of Year come in the form of the on-screen siblings verbal sparring matches. The dialogue comes fast and Zoey delivers Sabrina’s lines with the rancor-tinged energy we’ve seen from her before, but Madelyn proves deft in both verbal and kinesthetic responses. It’s the kind of chemistry you can’t fake and serves in setting up their characters as genuinely invested in each other, making it easier for the audience to root for them both. This becomes principally important as the audience grows to know Izzy in all her childlike glory from her patch-covered denim backpack, her deep love of all things sugar, constant writing, and discomfort in social mores, specifically those with men. These – we’ll call them quirks – provide the basis for the comedic moments between Izzy and the men she develops relationships with, establishing some wonderful grounding in reality for all the characters involved in Year. Whether they’re complete assholes like ex Aaron (Bradford does an amazing job presenting a character utterly unable to communicate without bile), or awkward introverts like Charlie Reed (portrayed with heartbreaking insecurity by Nicholas Braun (Freaks of Nature)), each of the four men Izzy dates is treated as a three-dimensional character who represents some aspect of Izzy’s growth. Impressively, rather than following a stereotypical rom-com route, the script focuses on keeping the relationships authentic, down to the less romantic aspects of fornication, and offers opportunities for Izzy to unknowingly self-actualize. The best character detail, however, has to be Madelyn's depiction of Izzy’s depression which sends her into months-long solitary confinement as she binge-watches and analyzes her favorite show, The X-Files. For some, it appears like a silly running joke, while, for others, it’s an aspect of what depression can look like —using the active deconstruction of their obsessions as a distraction from the real problems while refusing to move past the comfort of what they know. Sure, it doesn’t actually move them forward as individuals, but that’s the struggle of someone burdened with the illness. Luckily for her, her relationship with Sabrina and Sabrina’s boyfriend acts as a salve to the sadness and a catalyst for change. 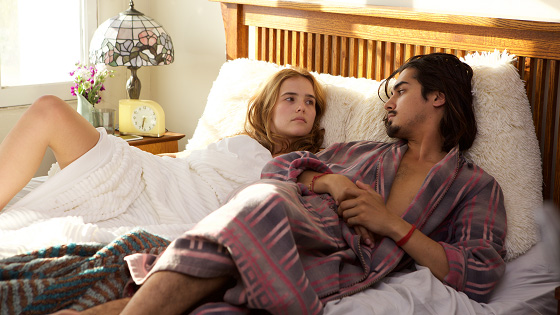 For all the good within Year, it’s not without a few uncomfortable moments – and no, I’m not referring to anything done by our heroine. Starting early in the film, a great deal of dialogue serves as exposition in the most uncomfortable way. Some scenes that do this can be excused as the typical blunt conversation expected between close relatives; however, when the dialogue explicitly explains a character’s past or defines character motivations – as it does in the audience’s initial interaction between siblings Izzy and Sabrina, the scene grows awkward, especially when dealing with the kind of topics – love, loss, dating, career paths – that would be otherwise short-handed due to the shared history of the characters. While the script, and the direction by Thompson particularly, do a great job of showing us who these characters are through their interactions and responses, the abundance of seemingly audience-focused exposition breaks the reality of the scenes. Similarly, in terms of startling the reality of a scene, there’s occasional directorial choices that seem to be in favor of highlighting the actor, not the moment. In one particularly dramatic moment when the focus goes to Sabrina reacting to news from Sebastian, the camera noticeably shifts to put Zoey in the center of the frame. It’s a directing choice that feels less about guiding the audience to the moment and more about centering Zoey on screen. Additionally, and this is truly the script’s largest weakness, the story’s strongest when the focus remains on Izzy. 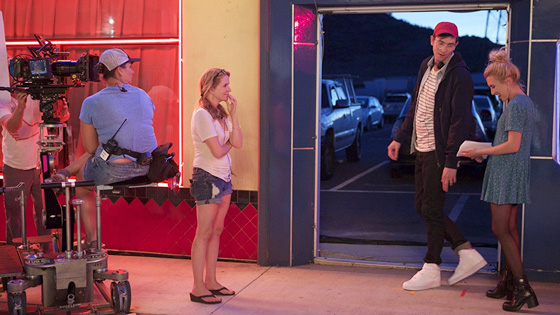 Top-down, the whole of The Year of Spectacular Men (2018) is an enchanting family affair. Written, starring, produced, directed, and even soundtracked by the Deutch family – the whole of Year looks, on paper, like an excuse to gather together friends and family to have some fun. What they created, however, is a frequently touching, often amusing, non-traditional coming-of-age story that will surprise a lot of folks. There’s more to delight in then there is to detract, so the blemishes are easily forgiven. More than anything, there’s eagerness to see what this talented family produce next as they refine and focus their crafts.

What coming-of-age stories speak to you? Any favorites from your childhood? New favorites from 2018? Comment below to tell us about any you think we should see.