'Sicario: Day of the Soldado' Review

It's often easy for a film that's dealing with some contentious real-world issues to shy away from them, but it becomes clear fairly early on in Sicario: Day of the Soldado (2018) when a graphic suicide bombing sets off a whole new chain of events across the Mexican border that this movie definitely isn't pussy-footing around. Nor, it has to be said, is Josh Brolin's responding CIA character Matt whose footwear of choice may well be Crocs, but whose approach is more so akin to a steel boot. He's been brought in to get dirty and start a war after it's assumed that the Mexican cartels helped smuggle terrorists across the border, and no punches are pulled this time as he and his team make their mess.

Things get complicated though as the plan involves kidnapping the daughter of one cartel leader, and when decisions up top change and the girl is seen as collateral damage in a mission gone wrong, Matt and enigmatic recruit Alejandro (Benicio del Toro) are forced to different sides of the border and different sides of a bogus political game. It's gritty and intense stuff that tackles some big subject matter with guts, and it does wind up a rather different movie from its infamous predecessor with a more character-driven and directly political story at its centre.

Indeed in the first Sicario (2015), acclaimed director Denis Villeneuve was more so concerned with slowly painting a horrifying picture of the environment across the border and the potential for corruption - like in any war - when combating the cartels. Now though, that corruption is an accepted part of the game, and new director Stefano Sollima embraces that in all of its terrifying detail to focus on developing the characters from the first film and tackling some timely political themes. 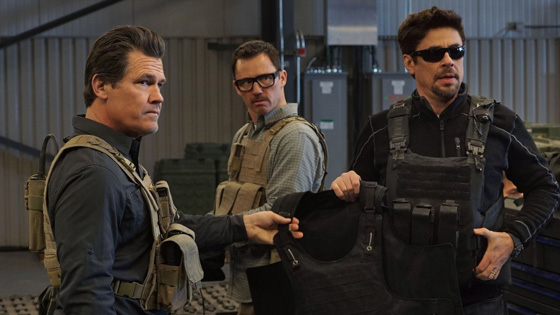 This is after all a film that very openly depicts human trafficking and terrorism, and at the same time a worryingly knee-jerk reaction from the US where references are even made to Iraq. It's all sensitive stuff, and even if this is obviously an entirely fictional microcosm, Sollima isn't messing around. That may come across as ill-advised to some, but what makes it work is that the film always makes a point of bringing everything back to the people on the ground.

We see a young Texan boy mixing with the cartels in a sub-plot that shows how easy it is to get drawn into criminality, and we also see a very touching exchange between Alejandro and a poor deaf man on the Mexican side who's clearly been affected by the violence and would surely be forgiven if he was longing for a better life North of the border - as would many of the down-trodden immigrants that we see actually making the journey.

Then of course there's the captured daughter - an innocent pawn to root for in a horrifying game where the blacks and whites are mixed to a grey as shady as the colour of the helicopters so willingly flung about by the US authorities. That murky narrative also of course unlocks some more development of those characters from the first film too, as we really get to delve under the skin of Matt and Alejandro who are both brought to life perfectly by Brolin and Del Toro with their equally film-stealing performances. The only place really where the film falls down then is in the execution of that muddy plot, as some of the twists and turns aren't explained very well so there are times when you're not entirely sure what's happening. That was somewhat the idea in the first as you were following along with Emily Blunt, but here it makes for something a little bewildering at times.

Also, the cinematic quality of the film does definitely lag behind slightly as legendary cinematographer Roger Deakins and the late composer Jóhann Jóhannsson are now absent, but that's not to say there aren't still some very well-executed sequences, a whole host of gritty and impressive world-building, as well as some surprisingly successful humorous beats. 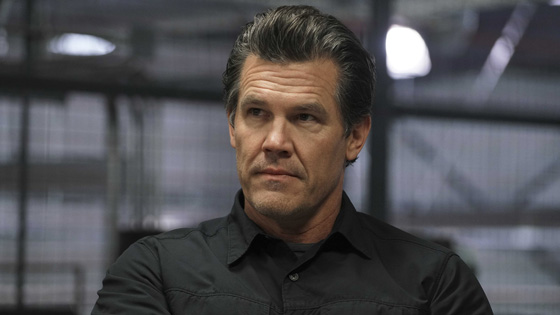 In the end though, the most important thing is that this is a bolder and more character-focused film that winds up considerably more engaging than its predecessor as a result. It brings some big real-world issues to the foreground and broadcasts them without batting an eyelid and contextualises it all by delving into the humanity of the individuals involved and affected by the situation.

Stefano Sollima's sequel then is one big-footed movie, and it wears its shoes with more confidence and prowess than even Josh Brolin could dream of. It may not quite match the graceful footsteps of the original, but what it loses there it more than makes up for in ballsy grit and determination with a genuine dose of humanity to keep you hooked and engaged as it strides so assertively forward. This is a great piece of work, and whether you liked its predecessor or not, it undoubtedly deserves your attention.