Many documentaries seek to enrich the lives of an audience through an exploration of a time, an area, or even an individual. These are the expectations set up by traditional documentaries seen the world over and these are the expectations that documentarian Jennifer Peedom (Miracle on Everest) breaks in Mountain (2017), a film that’s more a meditation on man’s relationship with nature’s grandest and cruelest stoic sentinels than an exploration of any specific mountain or climber. Rather, Peedom combines untitled imagery of mountains across the world with music from the Australian Chamber Orchestra and narration from Willem Dafoe (The Florida Project) that samples British mountaineer Robert Macfarlane’s memoir 'Mountains of the Mind.' This shift in approach will shock audiences, yet, if they can accept that Mountain is singular in purpose and vision, then they will find themselves in a literal jaw-dropping experience. 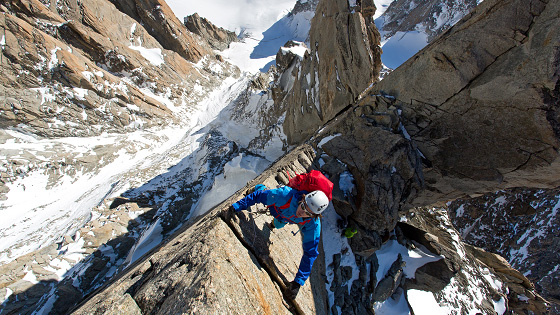 Peedom makes some wonderful choices throughout Mountain (2017) that make it a cinematic experience that’s awesome in the truest sense of the phrase. Mixing visual elements of nature and man’s attempts to conquer it with the beautiful orchestral accompaniment and narration that is a step shy of being absolutely sensuous, Peedom manages to make the grandeur and danger of mountaineering sexy as hell. Moving from one peak to another, the images tell the story of man’s smallness in their shadow as well as man’s desire for greatness. It’s a conflict of notions made incredibly human, even in one of the many brief montages Peedom presents of climbers struggling against nature’s indomitable forces. Humanity, though strongly represented In Mountain, isn’t explored in a specific nature. Other than images from newsreels and the footage we observe, not a single name is provided nor background offered. In fact, other than one climber stating, “this is not ideal,” no other voice beyond Dafoe’s is heard. The climbers are presented, instead, as they are in relation to the mountains they seek to climb either as tiny specks against the largesse of the formations, barely noticeable if not for the zooming in of a drone or helicopter as it sweeps by, or as larger-than-life figures working out how to maneuver the ice, wind, or dirt crevasses that impend, while also forming, their path. One of the more thoughtful moments comes late in the documentary when the focus shifts to a brief narration examining time in relation to nature. Here, using time-lapse, snow forms, melts, and forms anew. Trees grow heavy, lighten, and bend once more under the weight. As the orchestra plays a light tune, the audience becomes privy to the breath of Earth – inhaling and exhaling via the rhythm of nature’s constant renewal. It’s quite literally breathtaking to behold. Much like the insane stunts used to highlight man’s attempts to subjugate nature – bicycling off cliffs, hanging from ice by boots, free-climbing up rock faces, or, for the truly deranged, skydiving via wingsuit – which will leave your jaw firmly upon the floor, the return to the cadence of nature allows Peedom to bring the audience back to the prime focus of Mountain – nature’s permanence through time. 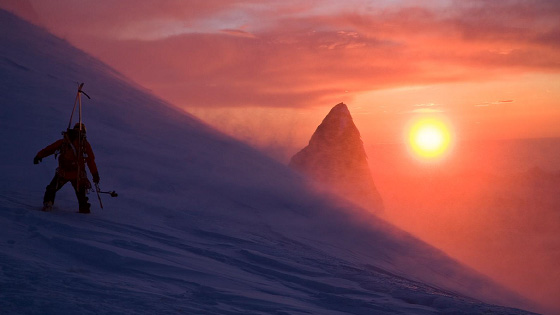 Not everything is flip-kicks and beautiful vistas in Mountain (2017), as there’s very little for the audience to grasp onto in almost every sense. There is no individual to follow as they climb because the film shows us multiple groups in various stages of mountaineering throughout the centuries. There is not a singular mountain that’s explored as footage is clearly from different mountain ranges in different hemispheres during different times of year. Those people we do see, we never learn their names. As mentioned before, outside of a rebel yell, only one line of dialogue is uttered by anyone other than Dafoe, and it’s timed to provide additional emotionality to the visuals and music on display. Similarly, none of the mountains – save for Everest – is mentioned by name. The audience has no way of knowing which mountain is being discussed or climbed at any given moment. This lack of direction may instill within the audience a kind of narrative vertigo without any kind of foothold to steady them. If, however, the prolonged sonata that introduces the orchestra, narrator, and film charms the audience with its wonder, then all of this is largely forgotten. 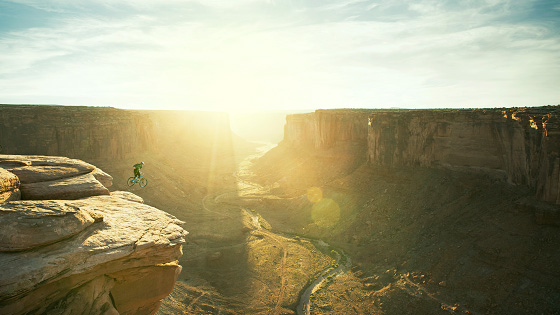 So, if you’re looking for a specific tale of human triumph or the history of a particular mountainside, Mountain (2017) will leave you wanting. However, if you’re searching for something different, something that explores the emotionality of mountaineering, something which keeps its focus on nature’s alluring call to humankind, then Jennifer Peedom’s Mountain is going to captivate you from beginning to end. From the beautiful music provided by the Australian Chamber Orchestra to Dafoe’s dulcet narration to the exquisite videography, Mountain is an experience for the senses and one that shouldn’t be missed in the grandest theater possible.

What documentaries take your breath away? What parts of the world do you think still need exploring? Are there any upcoming releases you’re looking forward to seeing in 2018? Please share in the comments below.