Describing Flower (2018), the second feature film by Max Winkler as idiosyncratic would be the tip of the iceberg. The trailer centers on sexually promiscuous 17-year-old Erica (played by the versatile Zoey Deutch), a teen who spends her free time scouting for adult men she can fellatiate then blackmail. Sorry to disappoint, but Flower is less a titillating exploration of a girl owning her sexuality and more about the lengths people are willing to go for those they care about. Encapsulated within the set-up of a dark comedy, Flower finds delicate moments of connection and healing in the strangest of places – extortion and kidnapping. 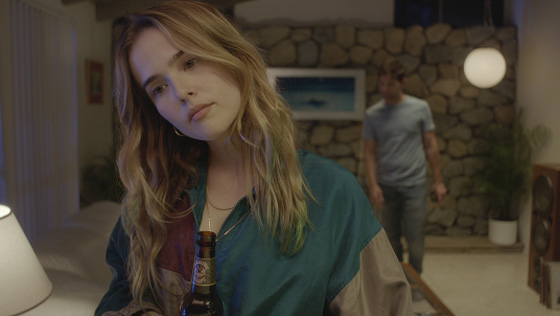 Independent spirit Erica and her single-mother Laurie (Kathryn Hahn) share their San Fernando Valley, California, home with Bob (Tim Heidecker), Laurie’s bland, though well-meaning, boyfriend. Already frustrated by Bob’s insistence in sharing their lives, Erica reaches a boiling point when Bob's mentally unstable son Luke (Joey Morgan) comes to live with them after leaving rehab. While being forced into making a connection with each other, Erica and Luke surprise themselves by bonding over their complex frustrations with the world which inadvertently leads to a terrible revelation and misguided confrontation. 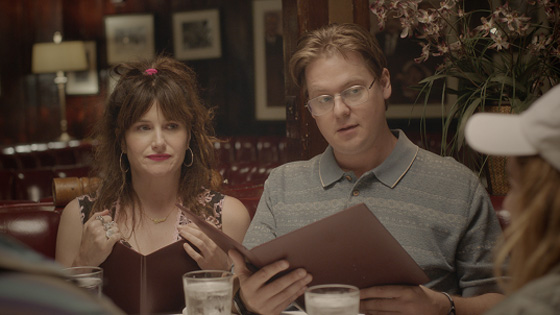 The greatest tragedy of Flower (2018) is the terrible misrepresentation of the film by the advertising. Unfortunately, it’s difficult to market a movie like Flower which holds its greatest secrets close to the vest – much like its lead characters – and therefore must aim for the widest possible audience through the only means it can, underage girls gone wild. Except that this is only a small part of the story, despite its significance to the larger undercurrent theme that explores the notion of love in its various forms. One example being carnal love – even detached – can be holy if the ends justify the means. Possessing such a misrepresented narrative and off-kilter tone make this a slippery film to hold onto. Especially because its lead protagonist is an underage sex kitten and the subplot involves unmasking an alleged child molester, Will Jordan (a perfectly cast Adam Scott), audiences are going to have trouble managing the expectations set by the trailer. Gratefully, once those expectations are shed, there are loads of wonderful thematic content to unpack within Flower. 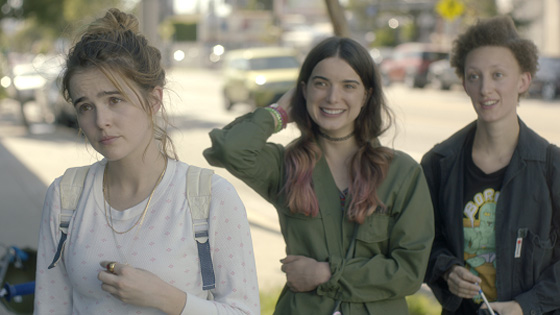 The most significant pieces of subtext within the film are explored slowly, allowing the narrative to ripen, offerings several surprises that tug at the heartstrings. Flower (2018) is, at its core, a story of growing up and accepting responsibility, of how our actions have consequences, and that, no matter how strong we believe our emotional armor to be, we all have a breaking point. It’s in these quieter moments that the story, originally an unused Alex McAulay script which co-writers Matt Spicer (Ingrid Goes West) and Winkler adapted into Flower, coalesces. One sequence in particular is able to capture a moment of connection brilliantly and beautifully by staying minimal. Erica and Luke hang out on their back patio while Erica does online reconnaissance on Will. Their discussion of Luke’s discomfort with her excitement of unleashing her own brand of vigilante justice shifts into one in a line of many past attempts by Erica to lure Luke out of his near-constant melancholy, leading to the two sharing a somber embrace while Unfucktheworld by Angel Olsen swells around them. These two emotionally-armored individuals letting their guard down, offers the audience a glimpse of what lies beneath Erica’s acerbic snark and Luke’s perpetual anxiety: a sweetness that no one else sees. 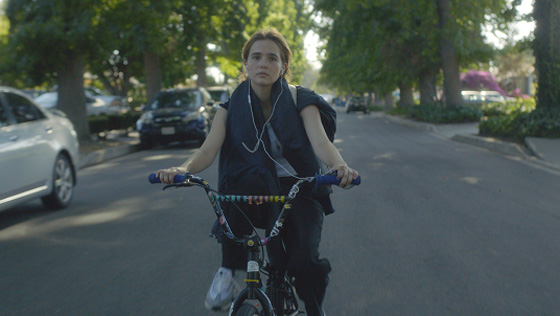 Under all the raunchy one-liners and adult material lies a character-driven drama that makes this dark comedy so worth watching. Deutch, whose extensive career includes the 2016 comedies Everybody Wants Some!! and Dirty Grandpa, as well as 2017’s Groundhog Day-esque drama Before I Fall, successful carries Flower (2018) on his talented shoulders. Not a moment seems disingenuous or outlandish, especially when Erica’s walls come tumbling down. In fact, without Deutch’s ability to ground Erica, the character would feel far more one-dimensional. Audiences are likely less familiar with Morgan, whose first feature is the 2015 Scout’s Guide to the Zombie Apocalypse, though his performance here should finally help him make his mark. Though Luke’s intended to be wholly unreliable, based solely on the information everyone but he provides, Morgan's performance exudes a sense that Luke’s far more put together than perceived. Hahn and Heidecker, two great comedic talents, provide excellent support as the doting, yet imperfect parents to their messed-up kids. Then there’s Scott as Will, the alleged molester and catalyst for the second half of the film. Scott’s typical quiet, understated delivery works wonderfully to ground the strangeness of Flower. To Erica and Luke, he’s the devil incarnate, yet Scott never presents Will as anything other than kind divorcee who loves to bowl. It’s the kind of performance which, when combined with the unreliability of our central characters, causes the audience to question who’s in the right and who’s in the wrong. 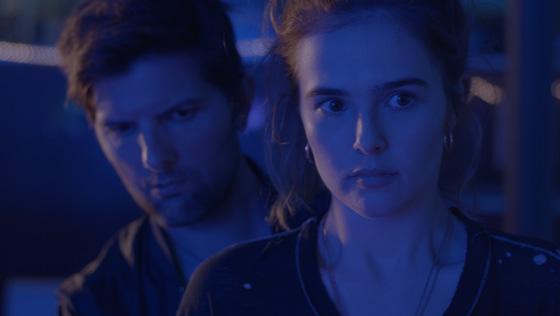 For all of its twisted humor and proposed titillation, Flower (2018) is a story about broken people who find some kind of healing. There are dick jokes everywhere but if you can wade through a sea of penes – Erica calls them thumbs without nails – then you’ll likely find the journey worthwhile. It's a little twisted but is very earnest about what matters is how you take care of your own, just that you do. What strange dark comedies are your favorites? Any you don’t think get enough love? Sound off in the comments below.