American Animals (2018) is written and directed by Bart Layton and tells the story of the 2004 Transylvania University book heist, where four students attempted to steal a collection of rare books from the university libraries restricted section. The resulting film is a part documentary and part narrative story about the heist from the perspective of the four thieves. 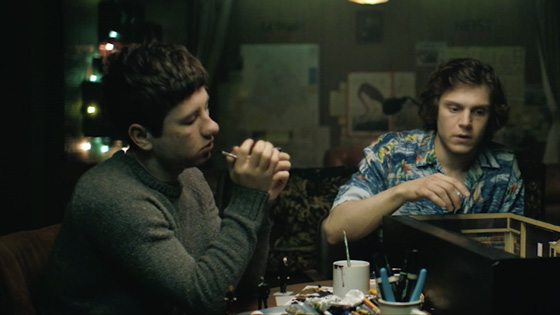 I will admit, I know very little of the true story of the "Transy Book Heist," but the film presents the story in a comedic fashion with the four thieves being a balance of smart yet childishly immature. After spotting the rare books while on a library tour at his university, Spencer (Barry Keoghan), enlists the help of his buddy Warren (Evan Peters), for an atrociously planned heist to rob the library of some of its rare books. One book of which is enormous and requires two people to carry it. Oh, and did I mention they were planning to execute the heist in the middle of the day? Shortly after planning out the heist, Spencer and Warren realize they need two more accomplices, so they decide to bring on two additional friends, Chas (Blake Jenner) and Erik (Jared Abrahamson) to accomplish the job.

American Animals (2018) is an enjoyable film thanks to its cast and the real individuals the film is based on. Spencer takes the lead role, but it is his good friend Warran who steals the movie. Evan Peters plays Warren in the narrative side of the film, and the real Warren Lipka on the documentary side of the film and the both of them are responsible for some genuinely hilarious moments. 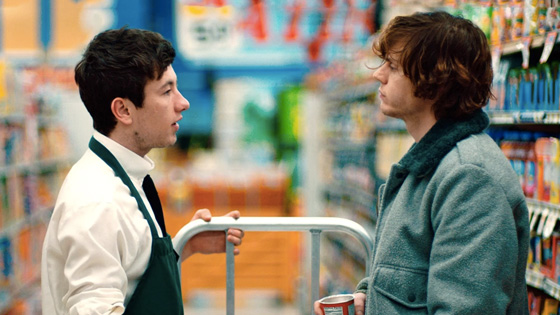 While I did enjoy the film, it does have two glaring issues. First, we have something I touched on earlier and that is the film's humor. Some of the jokes are genuinely hilarious, but much of the humor in the movie is childish and immature. I wanted smarter and wittier humor and was a bit let down. The second issue I had with the film is its uneven tone. The film is part documentary and part narrative, and the way these two different styles are paired together results is a very choppy movie with editing that abruptly shifts between the two formats. This abruptness results in a very uneven film that jumps styles mid-scene. I would have preferred a primarily narrative style film with documentary-style clips tossed in at the end during the credits.

American Animals (2018) is an entertaining and amusing film, but I was a bit let down by the films mostly immature humor and a bit annoyed by the uneven tone which resulted from the doc-fiction style format with both of the two sides consistently battling for my attention. I give American Animals a 6 out of 10.