By Chris Lentz | Leave a Comment | Published 5 years ago

'Wakefield (2016)' centers around a husband and father of two girls that one day chooses to abandon his life for several months and set up shop in his garage attic. From the detached garage attic he has a birds eye view of his home where he is able to examine how his family handles his unannounced absence.

With a film like 'Wakefield (2016),' you wouldn't expect much dialogue, it is very much just one guy staring through a window watching his families life play out from afar. Surpassingly though, it was the films dialogue that impressed me the most. Throughout the entirety of the film, Bryan Cranston's character has a very in-depth inner dialogue style conversation with films viewer. At times, it even approaches a "breaking the 4th wall" level. This inner dialogue conversation is incredibly well written and explores the inner psyche in a fascinating way. 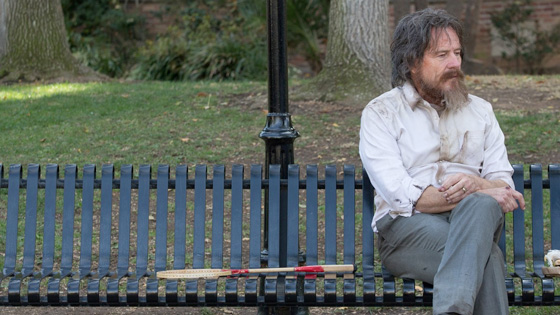 I also have to mention Bryan Cranston's tour de force performance. This is very much a one man show style film and he delivers on the performance with brilliant perfection.

'Wakefield (2016)' was a film I was a little on the fence about when I went into it. The promotional material setup a film to me that would be very hard to execute, but as I always do, I went in with an open mind. When I came out of the film, I was pleasantly surprised. Not only did the writers, director (Robin Swicord), and star Bryan Cranston successfully execute the strange concept of the film, but they exceeded at it. I give 'Wakefield' an 8 out of 10.