By Barnaby Turner | Leave a Comment | Published 1 year ago

From the difficulty of watching your kids grow up in the Toy Story movies, to the fate of mankind in Wall-E, Pixar films have playfully tackled quite a range of big topics over the years with their genius animated concepts. None have quite held the lofty ambitions that Pete Docter's Soul (2020) does however, as this is a film literally about the point of being alive.

The brilliantly original story follows a New York jazz musician, who - having just landed his first big gig - dies after falling down a manhole and finds himself in an astral plane (y'know, s*** happens) where people's souls make their way in and out of life. He's then mistakenly forced to mentor an unborn soul (the depressed '22' who sees no point in living) when his consciousness (and voice) returns to his hospital bed on earth as a cat, and 22's does the same into his original body.

That may sound like a ridiculous pitch, but it's all ultimately just a very creative vehicle for allowing one character to explore the point of being alive by tutoring another, and the conclusions drawn as a result are truly life-affirming. Its effectiveness should really come as no surprise though, as the meaning of life is the question at the heart of many of history's greatest and most bonkers stories and movies, and the way Soul (2020) delves into that stuff is not only moving, but also completely fresh and exciting. 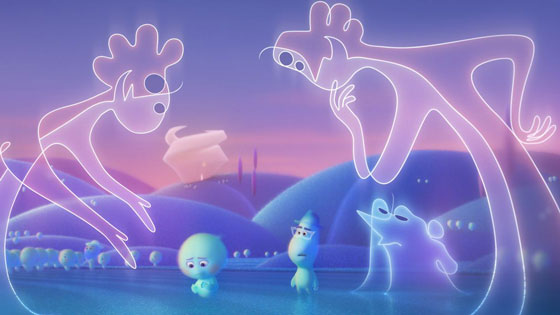 It all begins with musician Joe (voiced brilliantly by Jamie Foxx) and his character set-up in New York, but it soon takes a surprising and very different turn when we follow him down the drain into the soul world. There's lots of concepts to wrap your head around in a very short space of time, but like a great musician, Pixar navigates each step with flippancy and humour that sells even the most absurd of tonal changes.

That's equally helped by their ever-dynamic animation style which in this case renders a different dimension like we've never seen on screen before. There's a visualisation of the afterlife which looks as though it could have come straight from the mind of Stanley Kubrick, and the 'beforelife,' is a contrasting land of pink and blue hills populated by small glowing souls. They're trained in their future personality 'sparks,' by a range of dead mentors, and the whole show is run like a hilarious conference by transparent, two-dimensional beings voiced by the likes of British comedian Richard Ayoade.

But the animation also adds extra life to reality, as New York looks more dynamic than ever through the animated lens that sweeps along busy streets and down the stairs to the beautifully-lit, atmospheric jazz club where Joe is set to play. The joy of seeing such exaggerated life further emphasises the thematic message behind the film, as does the wonderful dynamic between Joe and the unborn soul in his body. 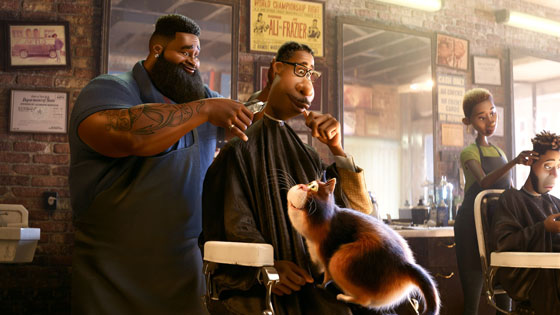 22 is a complete fish out of water in a man's body having never even experienced taste, smell or touch, yet alone the bustle of the big apple. At the same time, the more world-weary and experienced Joe is in a similarly amusing situation experiencing all of that from a feline perspective, and those things together certainly bring some humour to proceedings. Scenes in which the pair go to a barbers to get a trim, or visit his mum for example are sure to become classic shows of Pixar gold.

It does have to be said that the simplicity of concepts like talking toys or cooking rats have a slightly easier and more universal appeal that can be played with more easily, but the themes that this narrative explores more than make up for that. 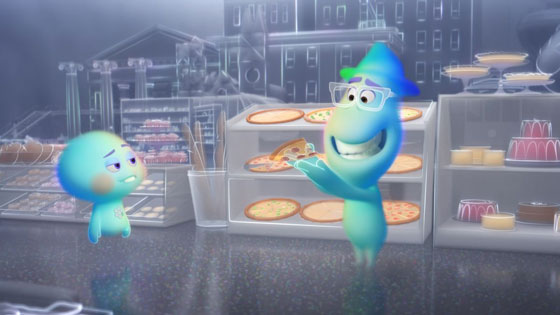 All in all then, Pixar's Soul (2020) is probably the studio's most ambitious film; dealing with a big question through a relatively complex narrative that comes to a beautifully touching and life-affirming conclusion. The fact it's all sold with the usual humour and genius character work makes it one of their best of all, and it ultimately proves that they're still absolutely at the head of the animation game.

So switch off your lights, turn on you tv, head to Disney+ and get the whole family together for the perfect movie of the moment. Soul (2020) will make you smile, laugh and cry all whilst doing one of the most powerful things a story can do - reminding you why you're here at all. This thing's got soul.