NO TIME TO DIE Review

By Barnaby Turner | Leave a Comment | Published 10 months ago

The Bond films always used to be pretty standalone, but Daniel Craig's era changed that with the introduction of an actual, continuous character arc. By now we've seen him go from fresh-faced double-0, to MI6's untrusting, cold-blooded killing machine, to revenge-driven free agent, then finally to a seemingy happy, retired man at the end of Spectre (2015) driving off into the sunset with Madeleine Swan in his DB-5. But his final film offers another brand new opportunity; to make a genuine conclusion to all of that which ties things up in a poignant and satisfying way.

In that vein, the much-anticipated No Time to Die (2021) picks up where Spectre left off, but quickly has him lose his trust all over again and descend into his cold, detached ways. One Billie Eilish song later and five years have passed, he's drifting as an "old wreck," out in the Caribbean, and things have inevitably gone to pot for the new MI6 clan. He's dragged back into the game by old friend Felix Leiter (Jeffrey Wright) and new agent Nomi (Lashana Lynch), and ends up on a mission where he has to confront all the things he's been suppressing and running away from for all those years.

Is he really just a killing machine? Why does he always run from commitment? Why did he actually leave Madeiline? And can he ultimately patch things up and live a real, vulnerable human life with her? These are questions posed to Bond that require a lot of heavy manouvering on the plot's behalf. But watching him confront all of those demons is a genuinely moving thing as it all feels like one glorious final victory-lap, and that's only possible in this "concluding," type of film. 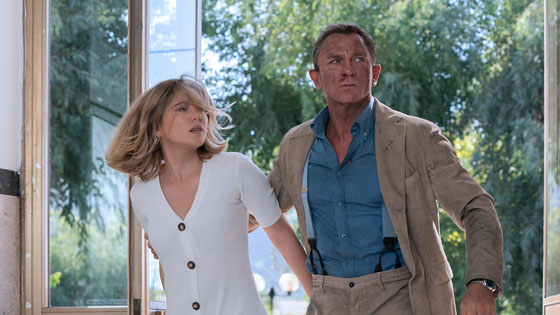 But No Time to Die (2021) also feels like a victory-lap because it pulls so much and so wonderfully from the franchise's entire rich history. There are very overt callbacks to the passionate, revenge-driven Licence to Kill (1989) with Felix and the return of Bond's Aston Martin V8 Vantage. Motifs from the tragic and romantic @16litpunpo4-on-her-majestys-secret-service are used throughout the best moments of Hans Zimmer's score, and various sets bring to mind the likes of Dr. No (1962) and The Spy Who Loved Me (1977). Heck, even the opening titles feel like a greatest hits tribute with cues from Dr No, Casino Royale (2006), Skyfall (2012) and You Only Live Twice (1967).

That crucially adds extra weight to Bond's character arc; bringing to mind the cold, hard life the character has always had to lead. But it also of course makes for bags of joyous nostalgia, and as a result, strangely puts in mind Marvel's Avengers: Endgame for being a blockbuster that revisits many of its franchise's most pivotal moments so that characters can process their old traumas through the membrane of an absurd plot that packs in plenty of callbacks. 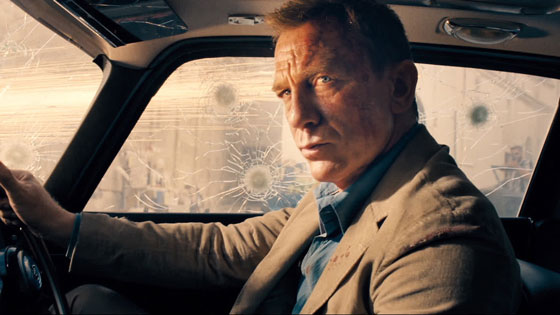 After all, for all of its emotional resonance, No Time to Die (2021)* is indeed pretty preposterous, as director Cary Fukunaga enjoys leaning into the series' more goofy tropes as well as its most serious ones. With some newfound vulnerability, Craig's Bond is able to lighten up and crack some hilarious one-liners, as is Ben Whishaw's Q and Lashana Lynch's character (who provides a great foil to Bond's brutish, masculine methods). But beyond that, Fukunaga - who's hardly known for his subtlety - throws everything fun including the kitchen sink at the screen, with the campest of villains (Rami Malek), the most beautiful of locales, and even some brilliant directorial horror tropes.

His action on the other hand is extremely muscular, and possibly the best the series has seen so far. There's very little quick cutting or shaky cam; just brilliant long takes where - unlike with Sam Mendes' previous efforts - you truly feel every punch, explosion and gunshot. One particular fight in a stairwell is properly brutal and nerve-wracking as it places the camera almost constantly behind Bond's shoulder and makes you feel the shock and horror of every gunshot he faces, and another car chase in Norway packs a similarly powerful punch.

But crucially, the main reason you're invested in any of that is because you care about the characters, and specifically the arc that Bond is going through. That's a strength of most of the Craig era of course, but here it's the case more than ever - in part thanks to some genuinely surprising scenes that show more humanity in his character than ever before. 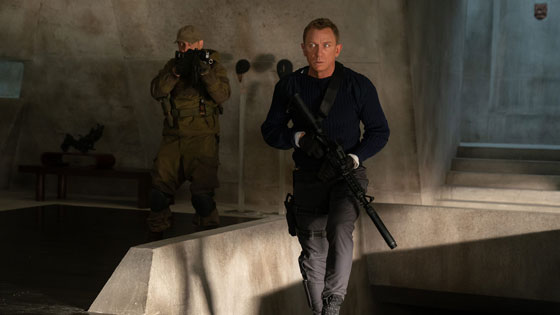 In the end, that makes for the perfect send-off for this James Bond; a victory-lap that sends him to confront his darkest demons and grow from them to come out the other end a far more human and vulnerable individual. The fact it also packs in so many of the series' greatest hits only adds to that resonance, and it's arguable that this is the pinnacle of what a pure James Bond movie can be as a result - both deadly serious and totally absurd all at the same time.

Whatever the case though, it's an experience you simply need to enjoy on the big screen. After all, we may never get the chance to see a Bond film that concludes things in quite the way this does ever again.

No Time to Die • Run time 2:43 • Rated R for sequences of violence and action, some disturbing images, brief strong language and some suggestive material