Good cinema has always had the ability to play with and process difficult subject matter through alternative contexts, and during difficult times like these, that's something we could all surely use. The Invisible Man (2020), which has just become available to buy/rent on streaming services in the wake of the Coronavirus pandemic, is a horror that most certainly delves into some serious territory.

It follows a woman whose highly abusive husband disappears and then comes back to haunt her, though even with a whole host of terrible things happening, no-one believes her. The thematic relevance of an abuse victim being tormented by their abuser even after they're gone is clear, but the way the film explores that using its central invisible man concept is utterly ingenious as it brings the real horror of domestic abuse home in an extremely visceral way. 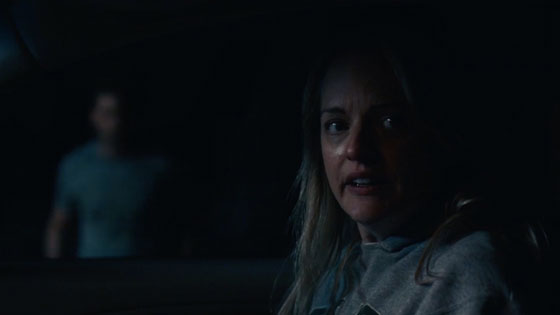 That only translates though because the execution is so successful, and for that we have writer/director Leigh Whannell to thank (the chap behind other great genre-pieces like Saw, Insidious and Upgrade) as he brings the tension in beautifully simplistic ways such that the abuser's presence is always eerily felt and his next strike always remains terrifyingly unpredictable.

There's a quiet noise every time he appears to be near to the central character Cecilia, and then he starts interfering with her life in small moments, and then in even more overt and sickening ways as the film develops. As a result of that terrifying manipulation, what you feel for Cecilia beyond the terror is a great sadness; especially because Elisabeth Moss does such a masterful job of bringing her tragedy and spirit to life. That's especially notable because building attachment to a central victim is certainly not something that all horrors successfully do, but it's so inherent to the narrative here that it makes the moments where the tension explodes all the more edge-of-your-seat. 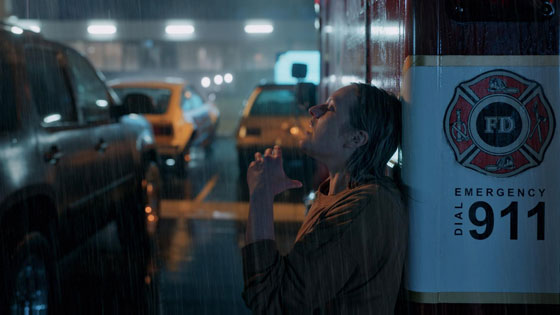 That goose-bump-inducing fear also stops The Invisible Man (2020) from becoming the exclusively bleak watch that it could have been, and also makes it the kind of bare-knuckles fear-fest that has horror fans feeling alive. Indeed, there's always been something about trembling in your seat that's brilliantly exciting and cathartic, and the fact this film is available to deliver that now in the dark of your living room seems a brilliant form of escapism.

Also, the ending is an even further form of catharsis, as it plays through its serious thematic subject-matter to a bitter end where the victim doesn't necessarily remain the victim at all. So, The Invisible Man (2020) may not be a film about a pandemic, but it is about an invisible force infecting a woman's life in a truly terrifying way, and then playing through that scenario to an arguably purgative end.

That makes for a terrifying, transporting and highly intelligent horror that you really do need to watch right now. Good thing is, the chances are you don't have much else to do, so draw the curtains, turn out the lights, switch on your TV, and prepare to be terrified.