Despite coming from a filmmaker who loves pushing the boundaries of blockbuster cinema, there is a certain list of things you can expect from a Christopher Nolan film. It will more than likely centre on a male protagonist with a bunch of supporting characters around him spouting a lot of science babble (one of whom will definitely be played by Michael Caine) and the character's journey in the narrative - which in turn will almost inevitably involve some form of time manipulation - will generally help to mirror and reveal a deep thematic point.

His latest film Tenet (2020) - which is also the first big Hollywood tentpole poised to bring moviegoers back to their seats after coronavirus lockdowns - offers few exceptions to those usual rules. That is, perhaps, apart from the whole thematic thing. Indeed, whilst if Interstellar (2014) was a time-bending space-epic which ultimately ended up being all about the power of love, The Dark Knight Trilogy was a gritty action comic-book series about anarchy vs order in society, and The Prestige (2006) was a twisty period piece literally about the magic of movie-making itself, it seems that Tenet ultimately serves no deeper purpose at all. Instead, for all intents and purposes, it's just a simple spy-thriller.

The big difference of course is that the central CIA agent (#John-David-Washington) is on the case of an evil Russian villain (Kenneth Branagh) whose plan to end the world doesn't simply involve some little oil pipeline or a nuclear war; it's instead about the literal inversion of time (oh how very Nolan). He's got hold of a piece of equipment from the future that allows things to travel backwards from the present in a "time pincer," and he's using this ability to get hold of an algorithm that can end the world by reversing the entire flow of time (or "entropy"). The protagonists end up on his trail and use that nifty little time-pincering against him in their attempts to save the day, and the result is a kind of Bond-on-acid situation. 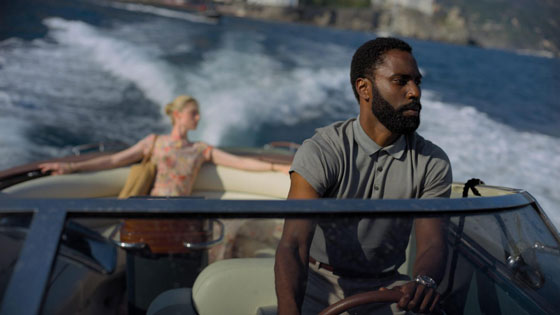 That may sound like a spoilerific summary, but frankly there's so much to grapple with around the time-travel in this film that even being given a detailed explanation of the plot before seeing it would do little to untangle the web you're presented with in the cinema. That's often somewhat the way with Nolan of course, but what's different here is that the plot really is the driving force of the picture. There's no exploration of theme and little room for real character-development; the script is instead devoted almost entirely to uncovering the villain's twisty schemes and the ways in which the time-inversion can work.

Tenet (2020) is thus an often baffling watch, and much of what keeps you engaged is just the sheer act of trying to figure out what's going on. As a result, arguably the biggest question it raises isn't really one about time-travel at all - it's merely the age-old quandary of whether you need to understand or rationalise what's going on in order to enjoy something. The answer it gives to that? Well, whilst we're told not to try and understand it, but to just "feel it," as ever, when the motivations and reasonings behind the actions of the characters are clear (as they often are), it doesn't matter too much whether you understand the plot - it's when they're not that it's hard to engage, and sadly there are also such moments here which can be frustrating.

After multiple viewings and much analysis it may be easier to feel every part, but on a first watch it's difficult to comprehend some parts of the narrative at all. Partly that's because it is so damn confusing, but also it's because of the pace. In a normal movie structure there's a certain amount of film which offers a bit of room for thought and consideration within or between scenes, but there's not a spare ounce of shot to be seen here. Rather, once one thing has been briefly revealed or explained, the cut is made and we're whisked straight off to the next part of the mission. 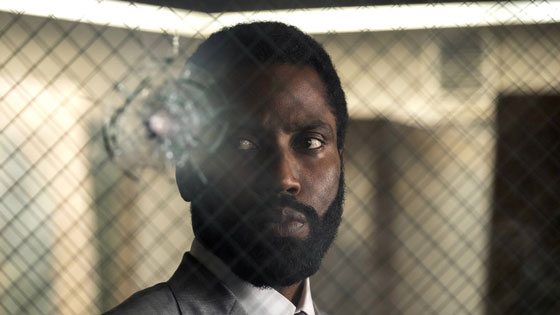 That may mean Tenet (2020) is a perplexingly plotty and fast-paced rollercoaster, but on the whole you do understand what the characters are doing just enough to make it an enjoyable ride. The sheer velocity and ballsy complexity is captivating even in the most uncertain parts, and there's also a lot of fun had with the central concept which is sure to keep a smile on your face even if you're not fully with it. The way the action set-pieces are engineered with people traveling in different directions through time is frankly spectacular and something we've truly never seen before, and there is equally some amusement played up from having a protagonist who's wildly out of his depth.

In fact, the script is wittier than you might imagine, and that breezy nature helps to bouy things along and distract from the confusion nicely. John David Washington's character thankfully seems just as in the know as the audience most of the time (though he swaggers through it all with as much forced assurance as Sean Connery's James Bond could muster), and his side-kick Robert Pattinson (who's seemingly dressed to look as though Nolan's kitchen designer has wandered onto set) is very sparky and amusing indeed.

Being a Christopher Nolan film, it's also just a beautiful thing to marvel at, as the metallic sound design and Ludwig Goransson's twisting, groaning (and literally reversing) score helps to up the stakes and build an ever-increasing sense of dread around the possibilities of the time-travel concept and what Kenneth Branagh's villain plans to do with it, and the cinematography is an utterly gorgeous blend of the deepest blacks, blues and greys. Every location (of which there are many) is brought to life in vivid detail, and the use of practical effects where possible lend a shocking level of tangibility and awe-factor to the action. 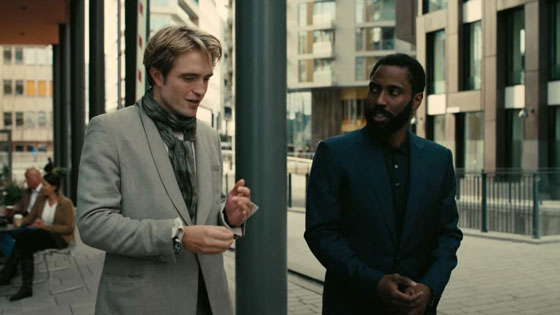 In many ways then, for all of its time-travelling madness, the dazzling appeal of Tenet (2020) is rather similar to that of a Bond film. You may not always understand every inch of the plot, but when you understand what the characters are doing and why, you can engage with the mission and have fun along the way whilst consistently marveling at what's on screen. The stakes are so high here and the journey so twisty that it raises the game, and upon multiple viewings, it can only get more enjoyable.

It may not be Nolan's most profound film on the whole, but what it is is the perfect movie to head back to the cinema to see after lockdown. It's ballsy entertainment that stretches the possibilities of blockbuster cinema in more ways than one, and it needs to be seen on the biggest screen possible. Get your mask on, book your socially-distanced seats and head on out there. It really will be worth your while.