Writer/director Rian Johnson loves nothing more than subverting expectations. Brick - his first big-break - undercut classic noir in a high-school setting, his constantly twisty sci-fi venture Looper saw a brilliant unpacking of the age-old question of whether it would be right to kill baby-Hitler, and his recent Star Wars: The Last Jedi very literally explored attitudes to the franchise past to thoroughly polarizing results. He mixes genres, plays with suppositions, and maneuvers complex themes, and even if this often leads to films with less grounding in characters and plot than some, his works are almost always thoroughly entertaining and exhilaratingly unexpected.

All of that of course makes a classic family whodunit seem like the perfect place for Johnson to turn, only rather than just setting up a twisty murder-mystery with his latest offering Knives Out (2019), he infuses it with surprises far beyond the reveals of the plot. Yes you're not simply itching for the big reveal whilst following a keen detective on the case like you might usually; here you'll instead miraculously spend the majority of the story rooting for one of the potential perpetrators - Ana de Armas' maid character who appears as a victim of her social standing and immigrant status such that her and her family would be shunned and exiled if she were convicted. 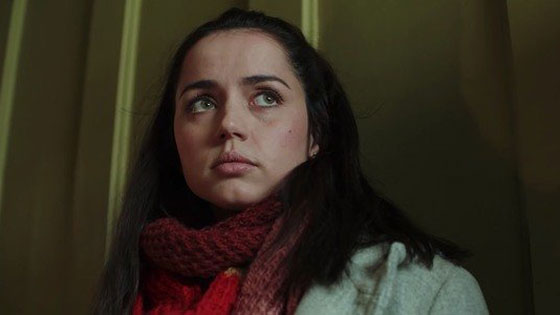 This narrative subversion injects the film (one that still fully embraces its Agatha Christie trappings by being set in a large Cluedo-board mansion) with a heavy shot of social relevance - and that's only emphasized further by the poisonous American family that surround Marta, as they really do embody so many naiveties of privileged, Western upper classes. There's the racist husband who thinks immigrants are plaguing his country (apart from the ones he knows of course), the three daughters of the rich murdered grandad who are under the illusion that they've worked as hard as the next guy but who clearly haven't seen their reflections in their silver spoons, and then there's the online-Nazi child who spends his time trolling people on Twitter and making derogatory comments about "snowflakes" and "SJWs" (a brilliant move from a director who's faced more than his fair share of trolling from alt-right halfwits since he upset them with his Star Wars effort).

This all not only makes you root for Marta even more (and you really do), but it ultimately makes for something that's as much a highly amusing social-commentary as it is a classic whodunit. That's helped of course by the fact that Johnson's script is utterly blistering - as snappy as Joss Whedon and as tongue-in-cheek as Paolo Sorrentino - and every member of the star-studded cast (Toni Collette and Jamie Lee Curtis in particular) are clearly having an absolute ball with it. The conception of Chris Evans' character is also genius (the less revealed there beyond his charming knitwear the better), and then of course there's Daniel Craig's private detective - more of a caricature than any of these exaggerated characters, and Sonatine who riffs off the classic brazen detectives we all know and love with rousing Sherlock-esque reveal-speeches that often make gleefully little sense but are all unbelievably entertaining thanks to Craig's comedic delivery. 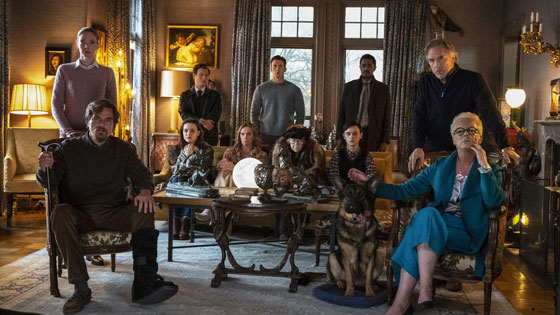 In the end then, it's safe to say that Rian Johnson is continuing to relish in the chance to surprise us, and Knives Out (2019) winds up being just as unexpected as you'd expected. Here though that ultimately works better than ever because the subversion of those genre tropes very clearly happens in service of that meaningful social bearing. Nothing winds up feeling token (unlike some of the thematic beats in The Last Jedi for example) because everything has a great pay-off or weight behind it, and it's for that reason alone that this is arguably Johnson's ultimate tour-de-force - not a change of direction (it's hardly some slow-moving character-piece); more so the moment where his admirable, ambitious filmmaking has reached its peak and become something utterly transcendent.

You'll root for the right people, you'll be on the edge of your seat with every twist and turn, and you'll be smiling from start to finish at the way every move of the pieces on the board is so unexpected and exciting. Knives Out (2019) is a properly exhilarating take on a classic whodunit, and it's yet another example of the fact that great, original, mid-budget cinema is far from dead - it's as alive and as kicking as ever.