When I originally heard that the Halloween series was coming back with another installment, I was excited, but at the same time I was worried as the last few films in the franchise were not exactly good (except for maybe Halloween: H20 (1998)). I have always been a fan of the franchise in general, but the later films really pushed the boundaries of reality which I didn't love. As more and more details about the 2018 film began to surface, I got more and more excited. Hearing that is was going to be a direct sequel to the original and ignore all of the other films in the series was what excited me the most. When the first trailer dropped, that was it, I was officially onboard.

I originally saw the film when it was in theaters back in October and I really enjoyed it. It wasn't as good as the original, but then again, I don't know if that is even possible. Halloween (2018) takes place four decades after the events of the original film. We find a PTSD torn Laurie Strode (Jamie Lee Curtis), now grown with a daughter and a granddaughter. Laurie clearly has never gotten over the events that played out when she originally met Michael Myers. Her relationship with her daughter is rocky and she lives alone in a fortified home in the woods praying every day that Michael will escape from his mental hospital so she can kill him once and for all. Well, one day, her wish is granted and Michael is back on the streets of Haddonfield hunting for victims on Halloween night. 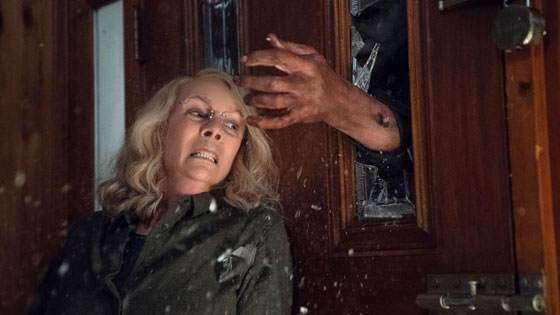 Halloween (2018) has a few moments in it that I didn't love, but those were easily cancelled out for me by some truly great scenes that balance a more modern horror style with the nostalgia that made the original film a classic. The first scene in the film where we get to experience Michael's murderous ways is one of my favorite scenes in the entire film. It is presented in this neutral tone using one long amazing shot where Michael just roams from house to house killing people randomly on Halloween night. There is also this really creepy scene in the film where Michael is stalking Allyson (Andi Matichak), Laurie's granddaughter, in a backyard where the motion activated light keeps going in and out. It is terrifying! 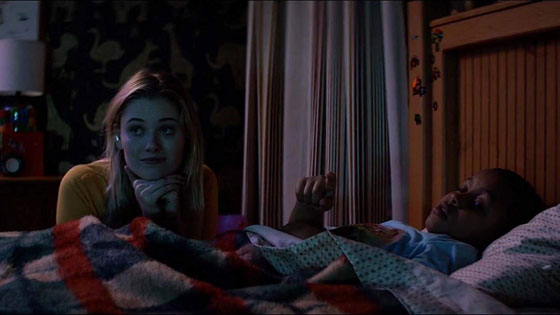 All in all, Halloween (2018) is a good film with some truly great scenes. There are some moments I didn't love (I am not mentioning them for spoiler reasons), but there are also some great moments and the entire film is set to one of my favorite score's of the year.

Halloween (2018) is out now on 4K Ultra HD, Blu-ray, DVD, and Digital today from Universal Pictures Home Entertainment. The 4K Ultra HD, Blu-ray, and DVD releases come packed full of excellent bonus features and deleted scenes. One of the highlights for me was the "Back in Haddonfield" making of features, which really showed how dedicated the cast and crew were to making a great installment to the "Halloween" franchise.

Will you be picking up a copy of Halloween on 4K Ultra HD, Blu-ray, or DVD? Let me know in the comments below!