Mystery is the quintessential ingredient behind almost all great science-fiction stories. Blade Runner focuses on whether Deckard is a human or a replicant, the recent Arrival is based on a huge central conundrum, and even the first 'Star Wars' throws up countless unanswered questions about the origin of its characters and the nature of the force.

In the latest space-age MCU outing Captain Marvel (2019), it's the identity of our central hero (Brie Larson) that's thrown into question, as the whole thing is about her discovering an elusive Earth-based backstory and unlocking the immense power that she possesses. That means we get to understand the usual origin stuff through flashbacks rather than obligatory exposition, but - like with so many science-fiction tales - the mystery also adds a great sense of intrigue to the whole affair.

Ultimately though, Captain Marvel (2019) is probably more so comparable to movies like Fifth Element or Serenity than those genre pillars, as whilst its mystery buoys it along nicely, the execution leaves a little to be desired. The dialogue is often extremely on-the-nose and the costumes and set-designs intentionally pack more of a garish b-movie charm than an epic sci-fi sensibility, and the result is something that feels charming, but a little clunky compared to some other MCU outings. 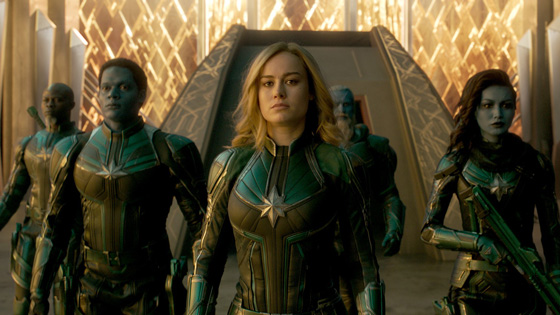 Part of the problem is that Larson doesn't consistently own the role - not always finding the brilliant medium between fierce defiance, juvenile joy and touching vulnerability that she showcases most of the time - but it's also partly down to the fact that everything is so wrapped up in comics mumbo-jumbo about the warring "Skrulls" and the "Kree" and their strange artificial intelligence. This is especially the case in the first half hour on the Kree-capital 'Hala' where the film takes a while to get a handle on its narrative, resulting in an almost Man of Steel level opening act.

Luckily though, it does definitely pick-up after she crash-lands on Earth into a Blockbuster Video store, as things get pretty fun once you've gotten over the disappointment that this entrance doesn't signal a possible resurgence of the video-rental (it turns out that it's just the mid-90s - something we should have all spotted given the fact that even the aliens are all sporting neon work-wear).

Here we get some great Thor-style fish-out-of-water humour and some properly sparky stuff with a young, hair-adorned Nick Fury who's clearly been constructed from Samuel L. Jackson's unused Pulp Fiction footage, and it's this kind of buddy-investigation stuff as the two go in search of her origins whilst encountering old friends, evil foes (and dial-up internet) that really brings the charm. 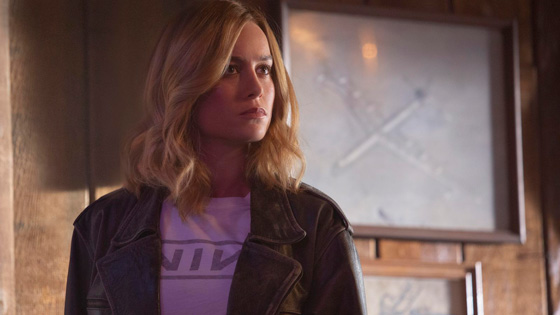 It's also on Earth where Captain Marvel really finds herself - learning that she's been living her life as a lie and that she's been held back the whole time by the expectations of those around her. So, when she does finally drop the shackles to release her full potential in the form of lots of glowing and flying about, the film leans heavily into the obvious message about women (and crucially, young girls) being more powerful than they're often allowed to be.

That's a very affecting point regardless of its slightly clumsy delivery, and the fact that Marvel have finally given us a female-fronted superhero film that will hopefully speak so well to young girls is very important indeed. That's especially rewarding given that the film also works extremely hard to weave her into the huge existing Marvel tapestry with what is effectively a prequel story, and you will certainly leave excited to see her show the Avengers what's what in the upcoming ‘Infinity War’ sequel. 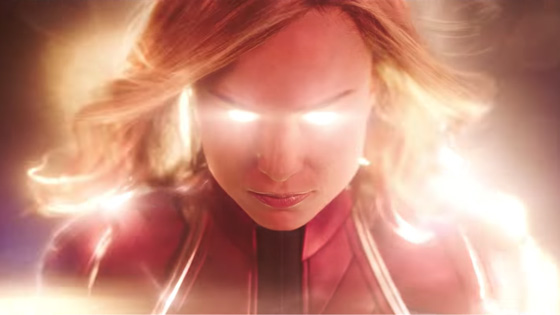 So, all in all, whilst the execution is a little clunky at times, Captain Marvel (2019) is undoubtedly a film with all the right foundations and one with its heart firmly in the right place. In fact, it's a pretty fun example of mystery-driven sci-fi, and even if it may be more Flash Gordon than Blade Runner, it's properly charming and enjoyable on the whole.

The biggest mystery of all of course is why it's taken Marvel this long to make... roll on Avengers: Endgame, here's hoping this bad-ass hero will show the team how it's done.