When Marvel turned half of their universe to ash last summer, they had the opportunity to scale back on the complicated web of plots and characters seen in Avengers: Infinity War (2018). Things had started to get a little overstuffed even by MCU standards, and the prospect of a slower, more character-focused sequel seemed promising.

Avengers: Endgame (2019) however isn't that film, as it instead very quickly descends into an absurd narrative where The Avengers inevitably labour to reverse Thanos' epic snap and bring back the characters who - in the words of Rocket Raccoon - are "only half dead," so they can reprise their future roles. Crucially though, this involves revisiting a lot of the franchise past, and that makes for a very unusual film which actually most of all serves as the ultimate greatest hits tribute to this spectacular decade-spanning universe.

Yes with twenty-two films and over eighteen billion box-office dollars made since 2008's *Iron Man (2008) *, spectacular really is the right word for this thoroughly impressive web of interconnected films which has sensitively built multiple teams of heroes for us all to connect with. Whether Avengers: Endgame (2019) is a thoughtful, considered cinematic experience or not, it certainly fulfills its promise as a marvelous culmination of everything that's lead up to it. 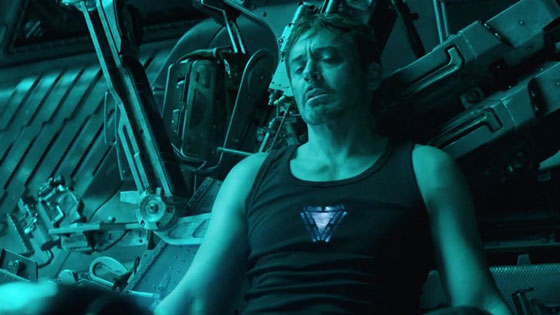 It begins pretty much where Infinity War left off, but very quickly after a few powerful scenes in which the personal affects of the snap have become clear, we're back into big old plot territory and directors Joe Russo and Anthony Russo (who now seem to be Marvel's go-to guys when it comes to engineering these mammoth team movies) start turning the cogs in their ever-efficient manner. They seem to have the ability to make everything make sense despite the enormous scale and madness, and their favoured breakneck editing pace keeps everything ticking over.

They stay in scenes for the shortest possible time - leaving us with just enough information to fill in the gaps only to flit off to the next part of the story, and whilst that means we don't get anything like the time Joss Whedon gave in his first two Avengers movies to sit down with these characters, it does mean everything is done with real efficiency and zing.

In many ways then - much like Infinity War did - Avengers: Endgame (2019) relies more on our investment in these characters from the previous movies rather than developing that properly here (perhaps a necessary evil in a film with an even more complicated story), and that's where Endgame really is such a tribute to Marvel's existing universe. 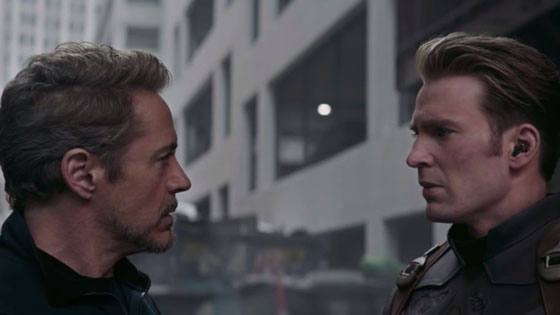 Seriously, when we see these characters touch on past traumas and events, it often instantly carries genuine power without much immediate build-up or development at all, and that's testament to the way this series has crafted heroes that we properly care for. Amongst other things, seeing the broken friendship between Tony and Steve, the pressure and guilt we know the heroes all feel for losing, the friendship between Natasha and Clint, and the relationships between Thanos' daughters all hold weight of their own from previous movies which this one then utilises.

In that sense, it's definitely not a n entry that fans of the series will be able to connect with, but those who have followed things from the start will be thoroughly in touch with the significance of what's happening on screen and will definitely be rewarded by the way it all comes together at the end.

Indeed, after a whole lot of story, the Russos manage to arrive at a final act which brings together every character in the MCU in one truly epic, rousing battle to save the universe wherever hero gets a chance to shine and shed the guilt they've been carrying. It's emotional stuff, and the way it all concludes is a truly perfect finale for this decade of movies. The Russos finally give some well-earned breathing room here, and the result - partially because of the way the first two acts lean so much into the franchise's long-running past - is extremely powerful. 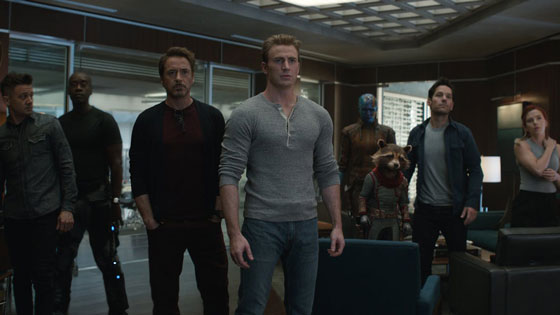 In the end then, Avengers: Endgame (2019) may not be the slow, thoughtful character-piece that it could have been, but what it does instead is to engineer a complex narrative that explores the franchise's greatest hits to make for one heck of a finale that brings together everything Marvel have built in a truly brilliant way.

This film relies almost entirely on your investment from previous movies, and it does lack any of the delicacy and thoughtfulness of some previous outings, but if you care about these characters already you will be floored by what all of that builds up to. Avengers: Endgame (2019) is a tribute to the brilliance of the Marvel universe, and for all of its flaws, it serves as the ultimate end to a brilliant series of interconnected films.

I don't need to tell you to go see this because you probably already want to see what happens to these brilliant characters - but then therein lies Marvel's genius. This franchise is something else.