Here's your weekly round-up of the latest movie news, where this week we discuss: Ridley Scott's new Disney project, Mille Bobby Brown's big franchise deal, the Black Widow solo movie, the X-Men release date changes, and Barry Jenkins on Chadwick Boseman's thriller project. Once you've had a look at what's been going on, let us know your thoughts on these stories in the comments below. 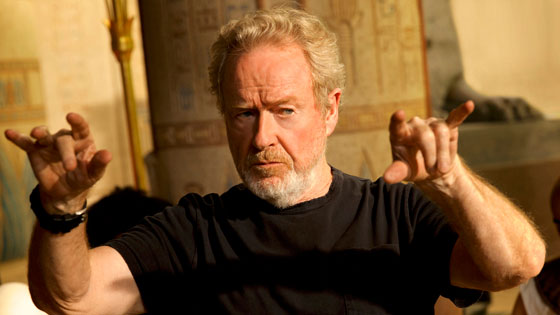 The first story of the week concerns the infamous Ridley Scott, who's hit the headlines once again in stories surrounding a potential project at Disney. Yes in what appears to be a bit of a deviation from his usual filmography, the director and producer is apparently in talks to helm 'The Merlin Saga,' which is a projects based on T.A. Barron's Merlin character.

Scott’s production company and Gill Netter are also in negotiations to produce, and Philippa Boyens ('The Lord of the Rings,') is reportedly slated as the writer, but if these negotiations come through, this could be Scott's next big project - unless of course his third 'Alien' prequel comes first. Regardless, it looks like Ridley Scott is still very busy, and after a packed 2017 with his 'Alien: Covenant,' 'All the Money in the World,' and his executive producer role on 'Blade Runner 2049,' it's encouraging to see him continue to look for even more varied and interesting projects to take on.

The question hanging over this one of course is whether a bold decision-maker like Scott will be able to work with the folks at Disney. What are your thoughts on this story? Let us know in the comments below. 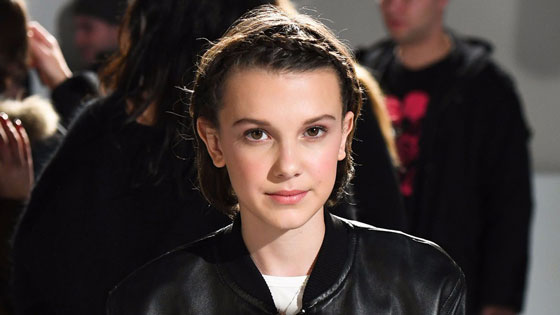 In other news, 'Stranger Things,' star Millie Bobby Brown has announced that she'll be producing and starring in a big new franchise that follows the story of Enola Holmes, Sherlock Holmes' little sister.

Based on the series of young-adult novels by Nancy Springer, the six books will now be turned into films which has got everyone comparing the prospect to Harry Potter. Yes since that franchise ended along with Twilight and The Hunger Games, many argue there's a gap in the market for this kind of thing, and with the rising star of Millie Bobby Brown attached, and the potential for some big-names to join the fray, this really could be the next big thing to come from Hollywood.

What are your thoughts on this new franchise? Let us know in the comments below. 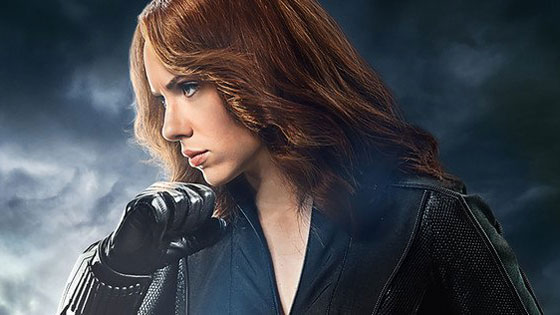 Also this week, comic book fans around the world rejoiced in the news that Marvel Studios have appointed a screenwriter for a Black Widow solo film, suggesting that they're now serious about developing this movie. Indeed, since her debut in 2010's 'Iron Man 2,' people have been crying out for Scarlett Johansson to play the character in her own movie, and now it finally looks like she'll get a chance.

Having said that, with 'Avengers: Infinity War (2018),' just around the corner with character's lives at play, it could equally be that they're planning to re-cast Black Widow after this phase of films, so this news still doesn't mean we know whether this fan favorite survives that film or not. As for who has been given the task to write the potential solo project, the job has been given to female comedy-writer Jac Schaeffer whose credits include the Disney short Olaf's Frozen Adventure and the upcoming Nasty Women.

Are you excited at the prospect of a Black Widow solo film? Let us know below 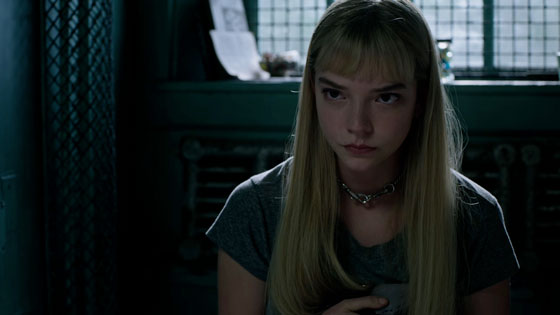 In other news, after 20th Century Fox was acquired by Disney at the end of last year, the studio have made a major change to their X-Men release calendar by moving the highly anticipated 'Deadpool 2 (2018),' forward, but pushing 'The New Mutants (2019),' all the way from next month to February 2019, and 'Gambit,' to the following summer.

Yes in a strategic move, they'll now be opening the 'Deadpool,' sequel on May 18th, a week before Disney's Han Solo film rather than afterwards, which is a very risky spot for Deadpool and puts pressure on the film to do extremely well in its opening weekend. It does of course benefit Star Wars in its long run though, and this is the first bit of evidence that shows how Disney and Fox's release dates can easily clash with so much being released.

As for New Mutants, there's likely to be some problems there or alterations wanted on the film, otherwise there wouldn't be such a drastic calendar change, but regardless this 22nd February 2019 spot has taken their 'Gambit,' project's place, and that film will now be released in the following summer after further production trouble as director Gore Verbinski dropped out this week amid re-writes.

What are your thoughts on these X-Men release date changes? Let us know in the comments below

The final story of the week concerns Chadwick Boseman's thriller 'Expatriate,' where 'Moonlight,' director Barry Jenkins has reportedly just signed on to direct. The film has been in development for a little while with Boseman ('Black Panther') and writer Logan Coles ('In Retrospect'), but getting Jenkins really puts this project on the map as he recently took the movie-world by storm and could easily do so once again with this.

He's currently working on his James Baldwin novel adaptation 'If Beale Street Coul Talk,' and Boseman is busy with his Marvel role as he finishes shooting 'Avengers: Infinity War,' and gets ready for his 'Black Panther,' press run, but when everyone's ready to jump on board with this, it really could become a serious awards-contender and a properly brilliant film.

What are your thoughts on this story? Let us know below.