Back when The Purge (2013) was released, it was way ahead of its time. Released during Obama’s second term, politics were not nearly as enraging as they are today. While there were political disputes, the rampant hate from both parties wasn’t engorging the culture like it is today. After two mediocre sequels, we have finally descended upon The First Purge (2018), the rampantly political prequel that is terrifying in its implications, but not so much in its execution.

The First Purge (2018) tells the story of the original start of the lawless night we now know as The Purge. We follow Nya (Lex Scott Davis) and Isaiah (Joivan Wade) as they navigate the nightmarish landscape forced upon them by shady politics and the “New Founding Fathers”.

Where this film succeeds is in highly politicized depiction of a situation that literally feels right around our corner. From the deliberate attacks against low income POC’s, to the extremely shady analytics on behalf of the government, this film builds a world that doesn’t feel outlandish at all. 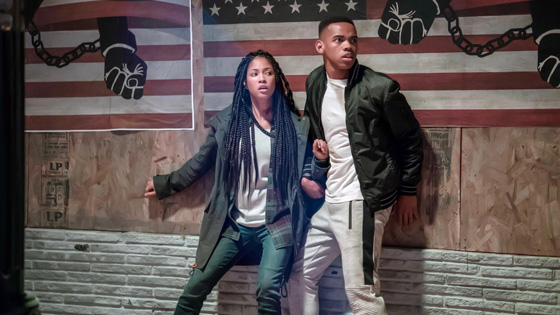 Or at least that’s what I thought before the second act...in which the antagonist of the film (hilariously named Skeletor) wreaks havoc in the literally campiest way possible, which is one of the largest factors in why I have given up on this franchise. No matter how hard they try, they unfortunately build the films on their premise, and not on the characters. Which is a shame when you consider the amount of talented actors they have been able to amass for these films.

The film fails to really dig deep into the implications that they set up in the film’s first and second act. It instead tries to mimic real life events (i.e. Church shootings and modern-day Neo-Nazis), but doesn’t even to bother building around these situations either. Never once did the film ever take a second to even consider the idea that people like this actually exist, and instead uses the latter half of the movie to explain these events are completely the governments fault, which is completely tone-deaf to what they are trying to implicate.

One of the factors that correlates with my previous statement is that they don’t actually present the characters as people. They instead focus more on the situations they go through, without actually creating an arc for the characters to fulfill. 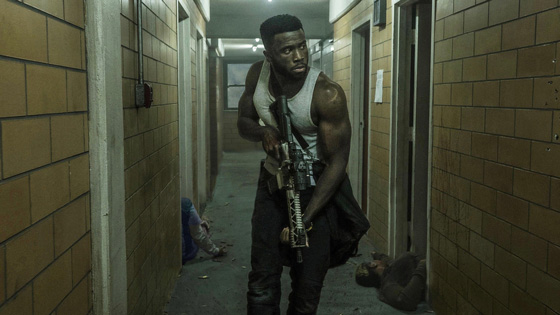 Overall, this entry in the franchise is yet another watered down mess, that despite its short runtime is painfully boring to watch.

The First Purge • Run time 1:38 • Rated R - for strong disturbing violence throughout, pervasive language, some sexuality and drug use