There are a lot of big ingredients flying around in Richard Eyre's The Children Act (2018), but that should hardly come as a surprise for fans of Ian McEwan who not only wrote the novel upon which this movie is based, but also adapted it here for the big screen. He's an author known for his juxtaposition of flavors with big subject matter and character stories often coming together in each novel, but the question with one of his film adaptations is always how well those elements work with each other, and The Children Act is no exception.

On the one hand it's a movie about the life of a high-profile family-court judge Fiona May and her crumbling marriage, and on the other hand it also closely follows a case in which she's tasked with deciding whether to save a young Jehovah's Witness who's refusing life-saving cancer treatment. It covers the fragility of our control over our lives at different ages as well as the way that work can interfere with appreciating the important things, and with all those kinds of big fish to fry, it's by no means a sure-fire recipe for success. 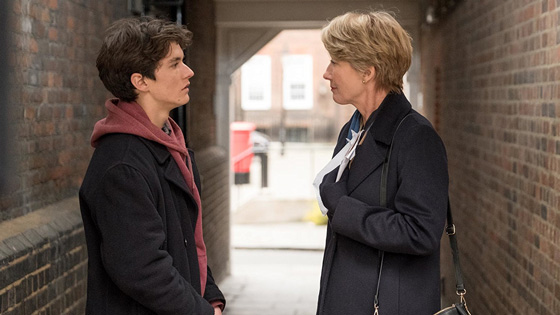 It's lucky, then, that the one thread that binds this whole thing together falls into the hands of Emma Thompson playing Fiona, as she paints the perfect picture of a professional woman on the brink of cracking under the weight of countless responsibilities. Be it the strained relationship that she has with her husband, or the ultimately far more pressing issue of an innocent and fragile young boy (also portrayed brilliant by Dunkirk's Fionn Whitehead) whose death hangs in the balance of her scales, you really do feel for her struggles throughout the film as everything continually intensifies.

This means you can truly engage emotionally with what is effectively an in-depth central character study, and whilst the film consequently builds to her inevitable break-down, it has to be said that it is genuinely rather successful. Now of course, that's partly down to the character stuff being so well-portrayed and the fact that the central court case clearly fills a void in Fiona's life so it feels emotionally-significant, but mostly it's because the film is generally rather grounded in reality. 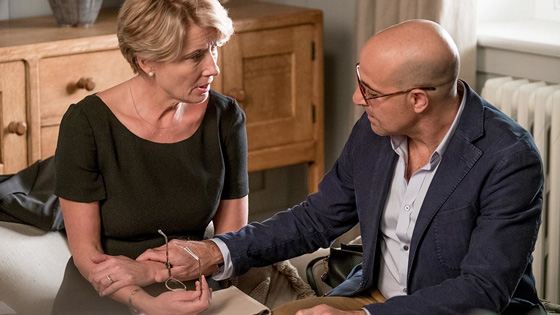 Indeed, for the most part here the narrative feels properly real as it's filled with the many conflicting jumbles of life without feeling the need to tie everything into one organic thematic strand, and as a result that balancing act between the central moral dilemma and the personal stuff doesn't feel remotely forced and actually comes across as rather natural and engaging. That overall nature does equally give the movie an almost documentary-esque TV quality at times, but it does mean that it works far better as a film overall.

The only thing is though, once Fiona does inevitably crack in what should be a welcomed release of character tension, things appear to tip over into melodrama because the rest of the film is so grounded, and despite Emma Thompson's brilliant performance, the execution leaves much to be desired and the potential impact of that moment and its ability to round everything off and tie things together is drastically diminished. Up to that point there was arguably no intent to do that, but the fact it fails to in the end when they're clearly trying to do so is rather disappointing. 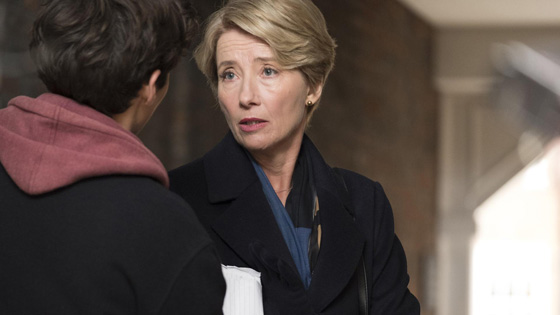 So, all in all Richard Eyre's The Children Act (2018), is largely a very solid effort to bring the many big ingredients of Ian McEwan's novel to the screen as it mostly feels grounded and character-focused. The only problem is that when the drama's turned up a notch, the film loses much of its impact and the many thematic strands don't come together - something which wouldn't have been a problem if they hadn't tried to execute the kind of finale that they did, but unfortunately what they tried failed to hit home.

In the end then, this film is indeed a complicated dish with many flavours to balance, and whilst they don't necessarily marry in the way that they're clearly supposed to at the end, you can't deny that some properly astounding performances and a solid effort from director Richard Eyre do leave a rather pleasant taste in the mouth overall.