By Lolo Loves Films | Leave a Comment | Published 4 years ago

Being a teenager is hard. Sometimes, kids can become so overwhelmed with emotions and situations they don't comprehend that they act out in ways where they don't fully understand the consequences of their actions. Sadie (2018) is written and directed by Megan Griffiths, who is known for directing films like "Eden" (2012), "Lucky Them" (2013) and "The Night Stalker" (2016). Sadie (Sophia Mitri Schloss) is a 13-year-old girl who idolizes her father, a military man fighting the ongoing war in the Middle East. Her mother Rae (Melanie Lynskey) is a lonely nurse who wasn't on the best of terms with her estranged husband before he left, let alone now that he has been away for four years. Rae finds comfort in the arms of their new neighbor Cyrus (John Gallagher Jr.), a scruffy-and-gruffy former pilot who has a lot of baggage and issues of his own. Sadie believes that Cyrus is coming between her mom and dad and will do anything in her power to make sure Cyrus doesn't stay in the picture for long. Sadie sees Cyrus as her enemy, and as she has learned from her father, the enemy doesn't deserve mercy, and victory must come at any price. 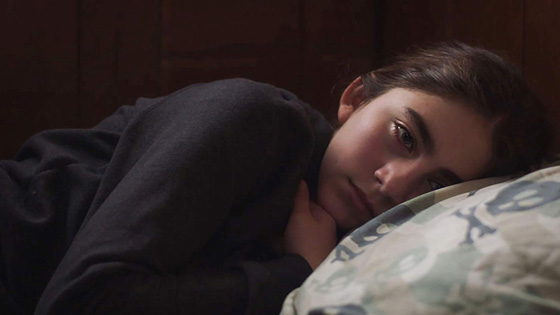 Wow, we thought we were screwed up when we were younger. Sadie (2018) is a coming-of-age drama about a teenage latchkey kid who is approaching a critical time in her life that is full of changes. Being only 13 years old, Sadie doesn't yet grasp the complexity of adult relationships. She declares a personal war on many of her enemies on the home front. Much like her father, Sadie sees herself as a soldier and often tries to solve her problems the way a soldier would. As such, she has some pretty screwed-up tendencies, and some may even classify her actions as sociopathic. Sadie is a bright kid, but she's the kind of person who thinks she is the smartest individual in the room at all times, meaning her arrogance gets her in trouble on more than one occasion.

Sophia Mitri Schloss does a remarkable job portraying the titular Sadie. There is a lot of nuance in Schloss's performance as she deals with many conflicting emotions throughout the film. Melanie Lynskey is also fantastic as a loving but sometimes distant and greatly conflicted mother who doesn't know how to fully explain things to her kid and can't quite deal with her daughter's burgeoning emotions, sexuality, and maturity. Rae is often more concerned with curing her own loneliness than she is in actually parenting Sadie (even though Sadie desperately needs a heart-to-heart with her mother). Lynskey and Schloss quietly kill it in their scenes together, and it is the unspoken glances between the two where Sadie (2018) truly shines. John Gallagher Jr. also offers a great performance as Cyrus, who presents himself as a decent person but is also visibly dodgy and shady. Just like Sadie, we have a hard time completely trusting Cyrus due to his many shortcomings, and Gallagher Jr. plays this character very well. Lynskey and Gallagher Jr. also have an interesting dynamic being that they are both perpetually damaged, solitary people searching for comfort in all the wrong places. 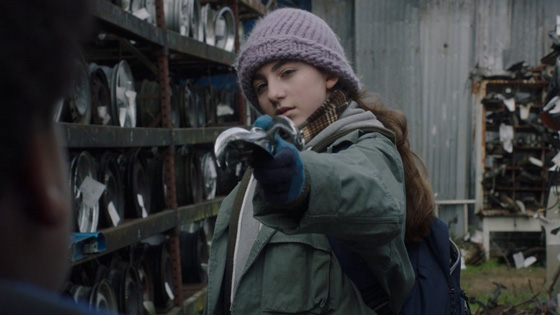 Sadie (2018) is a human story revolving around a bunch of flawed characters and shows how the interactions between people in volatile situations can have unimaginable repercussions. It sounds remarkably depressing, and we're not going to lie, it can be. Deception and secrets are integral parts of the plot here, but this simple slice-of-life story managed to keep us engaged from start to finish because we deeply empathized with its characters. As we try to understand and get to know each of them bit by bit, their foibles come off as simultaneously damaging, ludicrous, tumultuous, and yet strangely endearing. As each of the characters makes mistakes, and as some of them betray those closest to them, the perpetual bleakness of the human condition rears its ugly head in compelling and oddly relatable ways. See this movie for the intense acting alone.

Husband and wife cinephile duo who have made it their mission to see and review all the things!