In Pitch Perfect 3 (2017), the Bellas are back, and this time they are traveling Europe hoping to go out on top with an epic farewell tour. I am a huge fan of the original Pitch Perfect (2012), the excellent chemistry among the ensemble cast and epic music hit a chord with me. The second film in the trilogy, Pitch Perfect 2 (2015), still had the excellent chemistry among the Bellas, but it also featured some horribly written characters that felt almost cartoonish at times. I also was a bit let down with the story and some of the director's choices in Pitch Perfect 2. Because of the second film, I did have somewhat low expectations going into Pitch Perfect 3, but in the end, I am pretty pleased with the film. While it isn't nearly as good as the original, it was an improvement over Pitch Perfect 2. My biggest fears going into Pitch Perfect 3 were the direct result of one of the scenes from the trailer, where two of the Bellas are jumping off an exploding yacht. (umm yeah...) 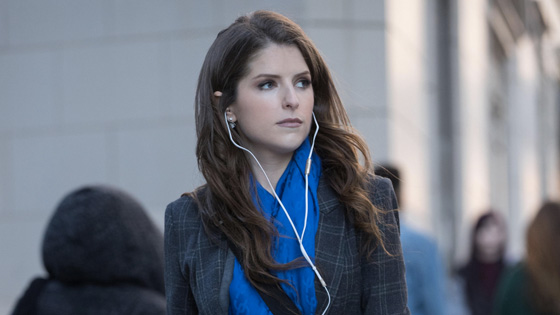 Pitch Perfect 3 (2017) starts off following around the Bellas (Anna Kendrick, Rebel Wilson, Brittany Snow, Anna Camp, and Chrissie Fit) who are all for the most part down on their luck and not loving where their lives have gone. One night, they get invited to perform with the current Barden Bellas (lead by Hailee Steinfeld) at a reunion show. They soon realize that they are no longer the "Bellas" and decide that they want to have one last farewell tour in Europe before they all go their separate ways. For the most part, Pitch Perfect 3 plays it safe and sticks to what made the original film enjoyable and that is the excellent cast chemistry and the music. My biggest complaint about this film is related to its story. When the Bellas first arrive on the USO tour, they clash with one other all-female group that is touring along side of them. The filmmakers build this plot line up pretty significantly in the first half of the file, but then it just disappears and is replaced with another subplot (the one involving the exploding yacht) that feel very much out of place with the rest of the film. It almost feels like the second half of the film was rewritten to make the film feel like more of an epic final installment in the franchise. 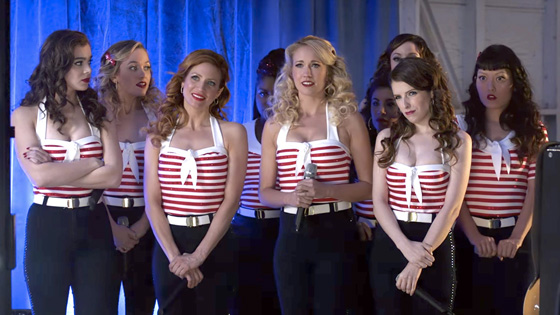 While Pitch Perfect 3 (2017) is better than the second film in the franchise, it still isn't fully on par with the excellent first installment. It does a decent job wrapping up The Bella's story and I believe fans of the previous films (or even just the original) will enjoy this final installment. I give Pitch Perfect 3 a 7 out of 10.

Pitch Perfect 3 (2017) is now available on 4k Ultra HD, Blu-ray, DVD, and Digital. The 4K Ultra HD and Blu-ray combo packs come packed full of great extras. My favorite features on the Blu-ray include a heart-warming featurette called "The Final Performance," which explores the emotional wrap of the film and a hilarious gag reel that shows how much fun the cast had while creating the film. 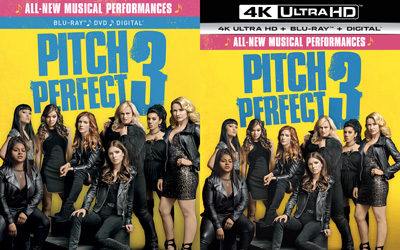