Writer/director Duncan Jones broke onto the scene with the 2009 underground hit Moon (2009), which tracked lunar engineer Sam Bell’s (Sam Rockwell) last days of his three-year mission as his solitary life finally begins to take its toll. Unfortunately, Jones’s follow-ups Source Code (2011) and Warcraft (2016) didn’t seem to live up to his feature debut. With the release of the Netflix Original feature Mute (2018), Jones is once more utilizing his unique viewpoint to entrance audiences with a story of a pure love put to the test, making one wonder "what are you willing to do for the one you love"? 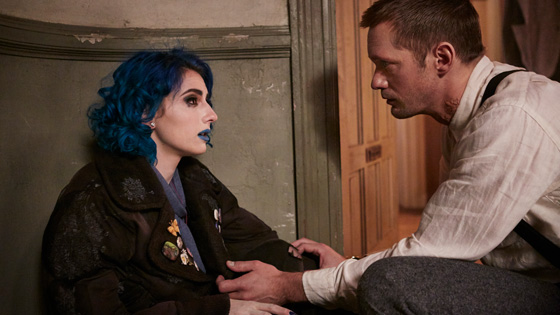 Mute due to a childhood accident, bartender Leo (Alexander Skarsgård) communicates through a mixture of gestures and written messages. Perhaps because of his Amish upbringing, Leo finds contentment in woodworking with his hands and avoiding most advanced technology he couldn’t use anyway, despite the daily struggles to engage those around him. It’s an isolating lifestyle as the world he inhabits is an interconnected wonderland of flying taxis, biohacking technology, and a myriad of futuristic wonders in Berlin, Germany. There is one person, however, whose presence brings him great joy, even as she encourages him to let go of the trappings of the old country and embrace modernity, his girlfriend Naadirah (Seyneb Saleh). When she suddenly disappears, Leo delves into the underbelly of Berlin – mobsters, prostitutes, and other nonconformists – anyone that might be able to provide a lead. Oddly, no matter where he goes, he continually crosses paths with Cactus Bill (Paul Rudd) and Duck (Justin Theroux), two U.S. army surgeons with plans of their own. Truth and violence become nasty bedfellows as the stories of these three men converge, pushing each of them to their most desperate. 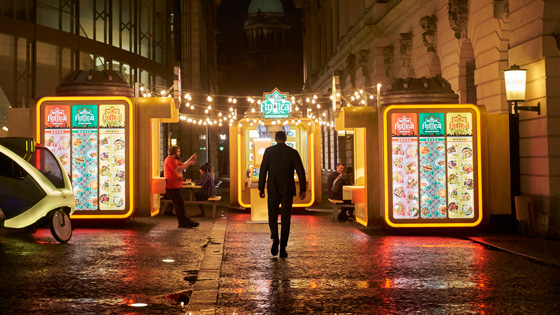 Jones’s work is full of interesting ideas and concepts. The way he plays with identity and sanity in Moon or the exploration of the soul in the time-bending Source Code are not just integral parts of the narrative of those films, but are thought-pieces he wants his audiences to contemplate. Sometimes that’s enough to make a film worthy of discussion, even if the narrative execution doesn’t initially seem to merit it. That’s the confusing case with Mute. There’s some wonderful exploration of ideas in regards to identity in a post-modern technological world, as well as how people communicate and connect without the use of words, an act the able-bodied frequently take for granted. In this area, Mute is increasingly strong and exciting. Skarsgård conveys so much as Leo through a look or posture that dialogue wouldn’t do justice and you can’t look away from him. As our center-piece, our entryway into this strange, yet familiar world, he’s not just our foil, but the foil for everyone around him. They place their fears, their insecurities, their anger onto him and he can do nothing but largely accept it. It’s an engaging approach from a narrative standpoint as it requires the brunt of the communication in a scene to fall on Skarsgård’s ability to emote, rather than articulate. Actions mean more than words and Leo’s life is nothing but action. This is, perhaps, where things fall apart for Mute as it tries to be far more than a simple mystery. 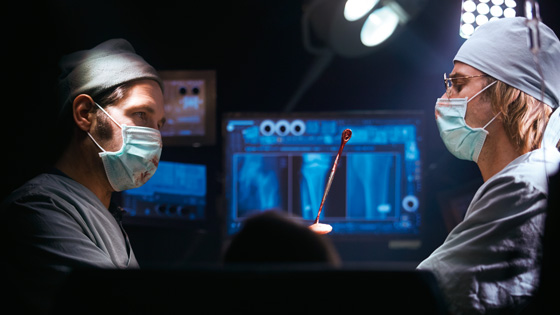 As a neo-futuristic noir, Leo’s story is near perfect. He’s a man set-apart from the world even as he lives in it, appearing perfectly fine floating adrift. His hunching over making him appear less threatening and more suppliant, yet when even a possible threat approaches Naadirah, he becomes taller, aggressive, and passionate. This makes the lengths he's willing to go to find Naadirah when she goes missing completely realistic. If the film focused solely on Leo, Mute may feel a much stronger whole story. Instead, by frequently cutting away to check-in on Cactus Bill and Duck, it feels disparate. Though Cactus and Duck are integral parts of Mute, the slow burn that is their interpersonal relationship, as well as their connection to Leo, are a constant drag on Mute as a whole. It’s not that the performances take away from the experience, it’s that each narrative storyline is so tonally different from each other that it completely disengages the audience. Leo’s is the quiet desperation of a hope-filled man, while Cactus’s exudes malice-dripped charm. Perhaps Cactus is intended to offset Leo’s forced silence, yet Leo is the far more engaging story. It’s not all bad, however, as Rudd’s performance is memorizing as he shifts from the snarky, smart mouth we’ve seen before into someone with real menace in his heart. Theroux does fine work here, though it often feels like Duck's a character ripped from MAS*H, playing at being a doctor even though he’s a skilled surgeon and mechanical technician. Cactus wears his menace publicly, but there’s something particularly nasty about the way Duck enjoys the violence of their work, marking Mute with a truly uncomfortable final act that you’ll struggle to look away from. 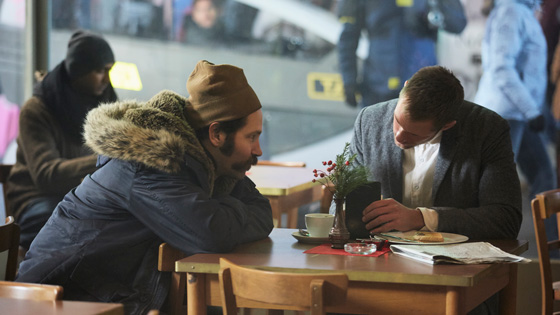 Scoring Jones’s narrative is the work of composer Clint Mansell (The Fountain; Black Swan), who previously worked with Jones on Moon. The entrancing score blends the old with the modern, adding futuristic twists throughout. Some are likely to feel some similarities between his work here and Benjamin Wallfisch and Hans Zimmer’s Blade Runner 2049 (2017) 2049 score, but that’s largely going to be because of the similar set design and costumes of the time period in which they both take place. Mansell crafted a sound that mimics much of the subnarrative within Mute - an exploration of Leo’s anxiousness at the world around him – which beautifully combines older instrumentation with the futuristic sounds of synth we’ve come to expect from the genre. It feels instantly out of place in their contrasting instrumentation, yet somehow perfectly appropriate in a world with grand technological advancements that largely seek to improve upon the natural order. If you enjoy the future sounds of Blade Runner 2049 or perhaps the dark synth of Oneohtrix Point Never’s Good Time score, then Mansell’s is going to grab you, pull you into Jones’s world, and not let you go. Utterly fascinating. 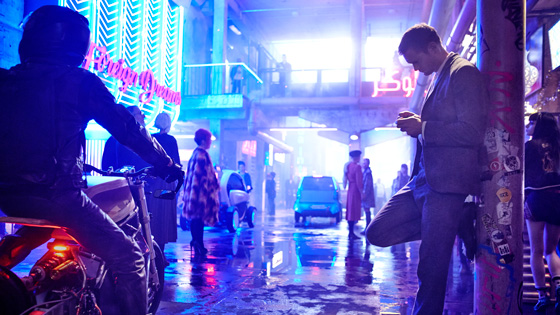 Mute (2018) is a challenging piece of science fiction, perhaps not in the way Michael & Peter Spierig melded the past and the future in the underseen Predestination or how Denis Villeneuve’s Blade Runner 2049 beautifully grappled with concepts of humanity, but Mute easily deserves mention within the same breath. Netflix is the perfect distributor for a film like Mute, which the standard studio would like deem too risky to run in theaters. For as debased and violent as Mute is, it’s also incredibly cerebral and Netflix encourages the kind of online social engagement that cultivates discussion. Though the first act is a bit of a slog as it introduces all of the characters and the switches between characters does decelerate narrative momentum, the world is real, the performances are captivating, and you can’t help but be on the edge of your seat by the end.

What science fiction films do you think deserve discussion? Under-appreciated films like Predestination or art house pictures posing as blockbusters like Blade Runner 2049? Drop some of your favorites in the comment thread below.