'Have a Nice Day' Review

Writer/director Liu Jian’s first film since 2010, 'Have a Nice Day (2018) (Hao ji le)', is a hard film to quantify. On one hand, it’s a meditative piece exploring corruption and greed. On the other, it's a violent non sequitur whose narrative threads coalesce in bloody mayhem. Interesting though the parts may be, the whole is a somewhat confusing, thoroughly over-reaching, animated moral tale that spends more time posing ephemera than constructing a substantial, provocative story. 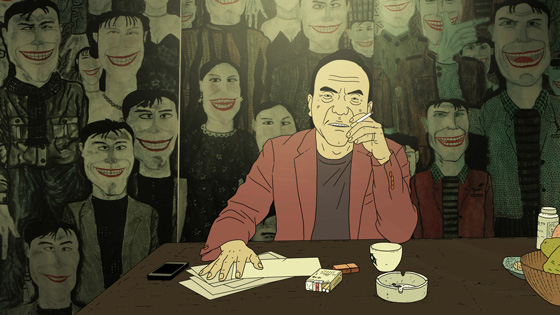 As the sun sets in a small southern town in China, a driver for a construction site decides to rob the courier he's transporting of one million yen to try to fund his girlfriend’s reconstructive plastic surgery. Unfortunately for young Xiao Zhang (voiced by Zhu Changlong), just as he thinks he’s in the clear and ready to make contact, everything goes absolutely pear-shaped. Having to contend with a lethal recovery expert, ambitious lackeys, greedy by-standers, and angry randos, Xiao will be lucky to survive the night.

The cast of characters Jian’s assembled would feel absolutely at home in either a Quentin Tarantino joint or an Elmore Leonard novel. There’s Uncle Liu (Yang Siming) whose initial appearance sees him waxing nostalgic about his childhood while A De (Shi Haitao), a trusted henchman, stands over a tied up, bleeding and distressed man. While dealing with the immediate problem of the restrained man’s offense, he’s also deeply concerned by the potential loss of a higher up known as Brother Biao. Meanwhile, Xiao rips off the courier passenger at knife-point before heading off to a deserted internet café and roadside hotel. His initial greed and seemingly repetitious karmic comeuppance feel comical until you learn his noble cause. There’s a duality to Jian’s characters that make their violence feel simultaneously desperate and benevolent. 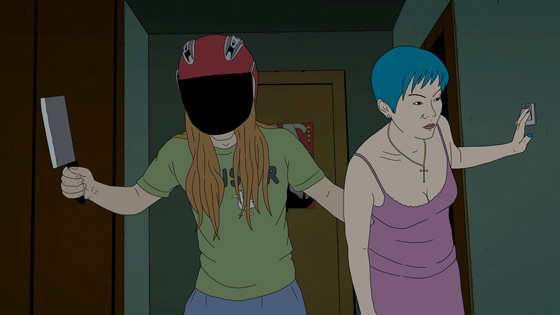 By-and-large, these characters read like regular people. There’s nothing extra ordinary or bizarre about them. They possess quirks or characteristics unique to who they are. Brother Skinny (Ma Xiateng), a retrieval expert for Uncle Liu, is incredibly methodical in his violence, only using it when absolutely necessary and only has much as is required. Only when crossed or betrayed does he go beyond what the situation requires, and it's these moments that show us who Skinny truly is. Fans of Pulp Fiction may compare Skinny to Jules Winnfield, a hitter for a crime boss whose violence streak also possesses limits. Similarly, our introduction to Uncle Liu, a man we immediately recognize as someone not to cross, falls right in line with Kill Bill’s titular Bill – someone with whom violence comes easy, while recognizing that examining the past also carries weight for the future. The uniqueness of the characters makes 'Have a Nice Day' an interesting watch as they track the stolen cash on their collision course with destiny. 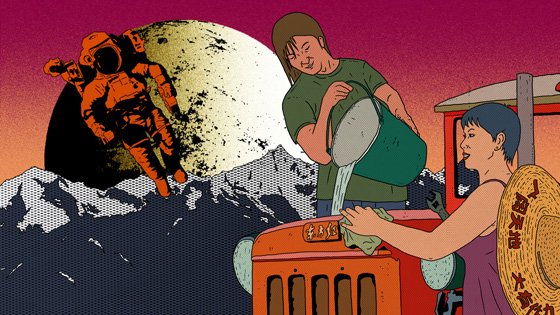 One hard criticism for 'Have a Nice Day' is Jian’s heavy-handed philosophical approach. Not only does it begin with a quote from Leo Tolstoy’s Resurrection that discusses the violence of man to Earth, but the characters themselves frequently wax poetic about their own lives: past, present, and future. The motif is cleaved into you like the wrong end of Brother Skinny’s butcher’s blade between the inward-focused conversations and the various long-take establishing shots of streets, cities, and woodland areas. Without the compelling characters, 'Have a Nice Day' would just be rudderless scenery; but with them, a deeper story about the violence we do unto others for the sake of our own needs begins to unfold. 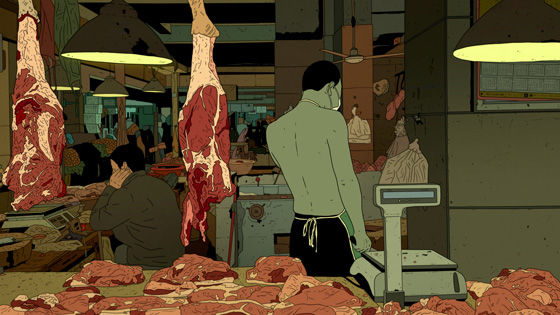 On the whole, 'Have a Nice Day' is an intriguing piece of cinema. It won’t be for everyone, and many may struggle with Jian’s pacing as it focuses more on the quiet, somber moments than investing in the narrative. Jian takes full advantage of animation to craft a story whose intent is not immediate recognition or gratification as the credits roll but an experience that will encourage mediation and discussion. It's a lofty goal whose means of tracking would be online chatter and not box office tracking. Given the bizarre nature of the film, why shouldn’t the success of 'Have a Nice Day (2018)' have just as bizarre a metric?

Does this sound like a film you’d want to track down? What films took a while to sink in for you? Drop us a line in the comments below.