Writing partners Andy Nyman and Jeremy Dyson are likely not names you’d know though you’re likely familiar with their work. Nyman’s an actor who’s worked on The League of Gentlemen, The Brothers Bloom, and Despicable Me 3, whereas Dyson’s spent most of his time behind the camera writing for The League of Gentlemen, Tracey Ullman’s Show, and Psychobitches. After all their hard work in projects largely comical it’s going to be the surprise chiller Ghost Stories, a horror feature they developed from their own stage production, that’s going to break them onto the big stage in the U.S. Equally multi-faceted and straight-forward in its execution, Ghost Stories (2018) will leave you questioning everything. Like going to a magic show, Nyman and Dyson present a tale whose intent is clearly stated – the brain sees what it wants to see – yet despite that warning, the twists, turns, and thrills within Ghost Stories manage to illicit genuine scares that bend audience’s expectations in delightful ghoulish ways. 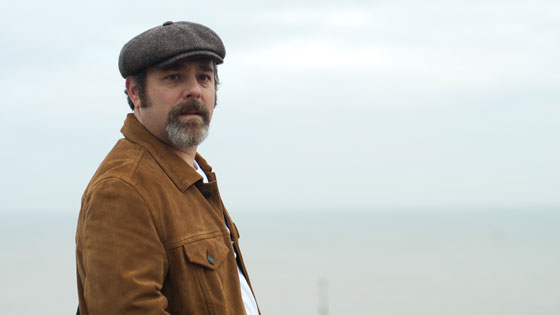 Academic Phillip Goodman (Andy Nyman) makes his living as a professional debunker of supernatural activities. Inspired by his hero, Charles Cameron (Leonard Byrne), Goodman believes it’s his duty to separate myths from truths, going so far as to base his entire belief system on the relationship between evidence and facts. That is until a mysterious package containing a cassette tape arrives at his door, beckoning him to investigate three unresolved cases of other-worldly experiences believed to be authentic proof of the supernatural. Though skeptical, Goodman’s faith in evidence is pushed to its limits as each case proves more grueling than the last. These investigations don’t just unsettle him, but rattle loose something believed long forgotten.

Ghost Stories (2018) masterfully plays with the pathology of fear by setting up everything as utterly grounded since Goodman so firmly believes in the order of logic and reason. Pitting this character against three situations of ever-increasing supernatural chaos only matters because the three individuals he meets (portrayed beautifully in accelerating insanity by Paul Whitehouse, Alex Lawther, and Martin Freeman) are so deeply shaken by their own reason-defying experiences. As the stories unfold, the truth of Goodman is revealed as is what’s really at stake; it’s not just his reputation as a debunker or the potential loss of his intellectually-grounded guiding viewpoint, but Goodman’s view of his place in the world. 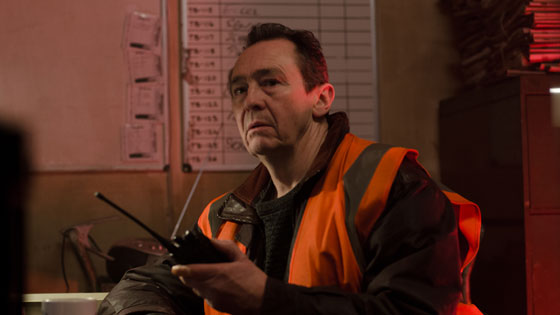 Much of the reaction to Ghost Stories (2018) is owed to Nyman and Dyson’s superb script and direction. Moments like a scene with Lawther’s Simon, a young man pulsating with fear in his artwork-covered bedroom, who tells Goodman that he prefers things clean and orderly. It's an explanation the audience receives from a perspective behind Goodman so that his shoulder appears to cut a large diagonal tear across the bottom right of the screen. In another brilliant piece of dialogue, Freeman’s Mike casually comments to Goodman, “why is it always the last key opens everything?” Alone it feels somewhat meaningful. Combined with Freeman’s exquisite ability to spit venom with a smile, a line like that suddenly feels excruciatingly heavy. Character motivations, dialogue, framing, set design – everything you see and hear – is all part of the larger theme that your brain only sees what it wants and fills in the gaps. So much so that even if the most discerning viewer were to take the tagline to heart, watching each frame for clues to the meaning of Ghost Stories, they’d still find themselves magnificently bamboozled by the end. So layered is Ghost Stories that, a rising sensation to rewatch to seek out everything that was missed the first time sets in as soon as the credits are done. Truly, Nyman and Dyson’s Ghost Stories is a film that requires multiple viewings to ensure every rock is unturned, every morsel savored. 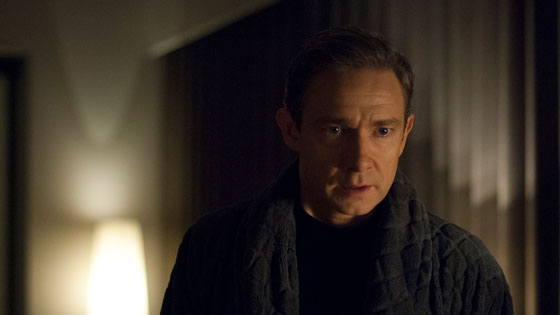 Horror fans know the formula, the clichés that filmmakers use to terrify its audience: darkly lit hallways, unexplainable noises, objects moving independent of human interaction, and even the odd demonic entity or two color even the most basic story meant to chill you to the bone. Ghost Stories (2018) knows this and it relishes in taking those expectations and dangling them before you until you’re snug in how you think Ghost Stories will play out. At that moment, that exact moment where you think you’ve got Ghost Stories pegged, it takes such a sharp, surprising, and exhilarating turn from supernatural horror into the psychological that’s devilishly unexpected and wholly satisfying. Despite all of their warnings, you will find yourselves absolutely hoodwinked in the most brilliant way. If the social chatter is any indication, Ghost Stories is a certifiable runaway hit that’s not to be missed. But that assumes you’re paying attention.

Available on limited VOD services this Friday with a limited theatrical rollout ongoing.

What are your favorite horror stories? What stories make your blood run cold? Any you’re looking forward to in 2018? Any that surprised you already?