More often than not, the best stories are the ones that take risks, that play with convention, and defy expectations. Other times, the risks fail to pay off and leave the audience with a diminishing sense of fulfillment. So rarely is the latter the case when Ben Foster is attached in any way, shape, or form. His presence has a way of uplifting material, while his performance makes the film far more engaging. Truly a gifted actor, he’s one of the many reasons the adaptation of Nic Pizzolatto’s (True Detective) book Galveston, by first-time screenwriter Jim Hammett and directed by sometime actor Mélanie Laurent (Inglorious Bastards), feels propulsive in the few action scenes and tension-filled in the quiet ones. Replete with thoughtful character work by Foster and co-star Elle Fanning (The Beguiled) and immersive direction by Laurent, Galveston (2018) is a lingering cinematic experience.

Hired heavy Roy (Foster) is sent by his boss Stan (Beau Bridges) on a routine job to rough up a lawyer causing trouble, but things go south quickly when it turns into an ambush. Just barely taking down his assailants, Roy’s gathering himself together when he notices a woman, Rocky (Fanning) tied to a chair, and, in an inexplicable moment, decides to untie her to take her with him. On the run, the pair head for Galveston, Texas, the only place Roy thinks might be safe from Stan’s extensive reach. Complicating matters further, Rocky convinces Roy to make a pit stop along the way where she picks up her younger sister Tiffany (Tinsley and Anniston Price). Faced with difficult choices at every turn, Roy and Rocky find themselves not only trying to escape Stan, but their own individual horrors of the past. 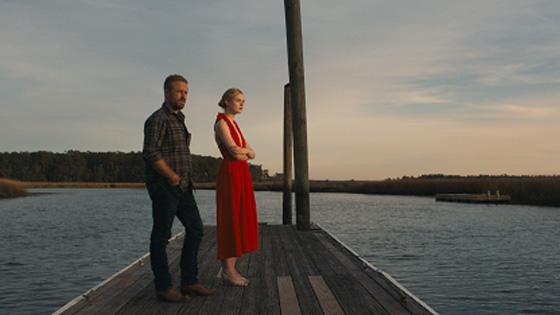 Despite it’s straight-forward narrative structure – people on the run try to find a way out – Galveston (2018) is full of narrative surprises, executed beautifully by Foster and Fanning. The action on-screen only matters if the audience becomes invested in Roy and Rocky trying to survive, which only results if the audience recognizes the humanity in two people struggling to do the right thing in a situation filled with nasty choices. Struggling with the notion of what’s right is where Galveston comes alive, as Roy’s and Rocky’s partnership first establishes itself as push-pull before settling into something mutually beneficial. Foster’s performance wonderfully brings out the internal battle Roy faces between trying to save himself and protecting a young girl he slowly feels responsible for. Presented as a loner who struggles with relationships, the notion that he would “take in” Rocky seems about as foreign to Roy as it looks. Foster so convincingly portrays Roy as struggling to accept that he accidentally found something of value, something worth protecting, that when the drop comes in Galveston, it’s absolutely heart-wrenching. For her part, Fanning matches Foster beat-for-beat, energy-for-energy, making Rocky appear equal to Roy in terms of savagery and dedication. Rocky’s presented as much as a femme fatale as a lost child, a perception that Fanning plays into with such depth that the complexity the character brings to the narrative feels less an unnecessary creation to instigate trouble for the duo and more of a natural element that adds layers of insight to who Rocky is. This is exemplified by Rocky’s willingness to degrade herself, as much as she loathes herself for doing it, if it offers even the smallest chance to better her situation or that of her sister, Tiffany. 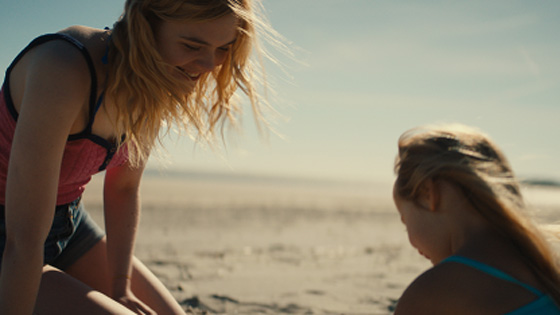 If the central cast isn’t a surprise, the director may be. More widely known for her work in front of the camera, Laurent demonstrates astonishing precision capable of capturing the emotionality of her performers and the varying intensity of scenes physical and internal. In the opening moments, Laurent presents a sparse apartment as the wind rages outside and the rain pelts from every angle, the camera floating through the space, only stopping to hold on the front door as it bangs in the wind. Holding here, an empty space and raging storm, Laurent gives us all we need to know about Galveston (2018) in a brief period – a sense of longing and emptiness as a torrent surrounds. All of which ends with the doorknob piercing the inner door, sending glass flying, and the screen cutting to black. Even if the film didn’t circle back to this moment later, it would still exemplify the whole of the film before the performances begin and the space is filled. Later, in a scene of quiet desperation, Laurent treats the audience to an extended tracking shot of Roy trying to escape his confines, moving slowly from one hidden position to another. Though some trick editing is done to extend the scene as one long take, it’s still hair-raising in the execution as the audience holds its breath with each step Roy takes, each decision caring the weight of his life. The fact that Laurent’s direction never feels showy, but only works to serve the story, enhances the performances which bring Galveston to life. 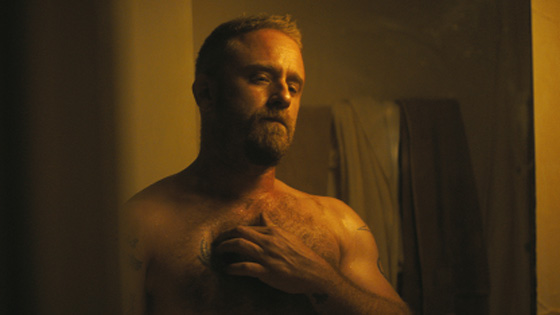 While Galveston (2018) doesn’t suffer from a pacing issue – in great part to its 90-minute runtime requiring a tight narrative – it slows down in its middle to a noticeable measure. Considering that within minutes of the opening, the audience knows exactly who Roy is, what he values, and what he’s running from, and gets a lingering sense of doom from the storm seen blustering in an unknown location, there’s a constant sense of movement forward, compelling the audience to remain tuned in. However, as the narrative requires that Roy separate himself from Rocky in a reasonable, natural way, that same separation removes much of the compelling momentum. When Foster and Fanning share the screen, their chemistry is electric, portraying characters that might’ve been their generation’s Bonnie and Clyde if only circumstances played out differently. Separating them enables the audience to get a sense of who they are on their own – two lost individuals in need of a compass, or a an anchor – which makes the slow down necessary, yet does so to the detriment of the narrative’s energy. 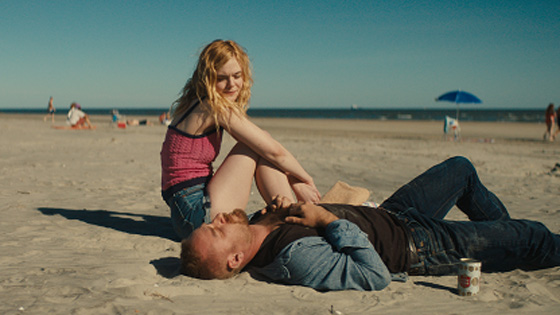 While not the gripping thriller the trailer suggests, Galveston (2018) ends in a manner that will certainly sit with audiences partially in part to an interesting story focused on people struggling to make honorable choices, but largely due to the performances of Foster and Fanning who, without question, make the conclusion as memorable as it is powerful. Galveston may not make any “Best of” lists at the end of a year rife with amazing films, but the performances and Laurent’s direction make Galveston an unforgettable experience. Look for it in select theaters, on VOD, and digital services starting October 19 2018.