We first saw the Black Panther character on the big screen in Marvel's recent attempt at a political thriller in 'Captain America: Civil War (2016),' which, for all its merits, was about as politically-minded as your average giraffe. Now the aforementioned prince of Wakanda is returning in his own solo Marvel venture, and whilst this ever-growing cinematic universe is becoming known for its alternative genre-pieces, Ryan Coogler's new 'Black Panther (2018),' is arguably the first of these films that's truly about something.

Yes this story sees Black Panther/T'Challa (Chadwick Boseman) return to his home - the secret African nation of Wakanda - where he is set to assume the mantle of king but is crucially faced with heavy questions from those around him about whether to open up his advanced country to the world, and whether to help those struggling outside. Everyone has their answers, and some are willing to resort to violent and dangerous means to get their ways, so the result is a film where politically and socially relevant themes surrounding race, culture and nationality are properly woven into the narrative and dominate the film as a whole.

This is of course particularly prevalent here because this project not only represents another important chapter in the MCU, but it also holds genuine cultural significance as its source material is a heavily-valued fictional representation of black culture, and a film of this scale has the opportunity to bring that to the masses. Equally though, we mustn't forget that this is a big escapist superhero fairy-tale at the same time, and so the real question here lies with how well Ryan Coogler ('Creed,' 'Fruitvalve Station,') can balance his important social themes with the opportunity for a wondrous family experience that could start to give black culture the equal treatment it so deserves in blockbuster film.

Thankfully​ then - and perhaps unsurprisingly given his previous works - Coogler definitely succeeds there, as this is easily the most wondrous and beautifully-realised Marvel film we've ever had (as well as the most meaningful) thanks to a whole new level of world-building. The nation of Wakanda is not only absolutely stunning, but it is also remarkably tangible as Coogler and production designer Hannah Beachler build a brilliant​ sense of place as well as a sense of space in every frame with exceptional attention to detail both in special and visual effects.

This not only creates a rare physicality and immersive​ wonderment; it also brings the concept of 'Afrofuturism' to the big screen to an extent that we've never seen before with beautiful savanna landscapes devoured by prodigious towers and vibranium-powered technological advancements beyond the wildest of any imaginations. Couple that with a perfect score from Ludwig Göransson that brilliantly fuses tribal drums and beautiful fervent cries with orchestral grandeur and synthesised groans - as well as some properly astounding costume design - and it's very safe to say that the spectacle box is vigorously ticked here. 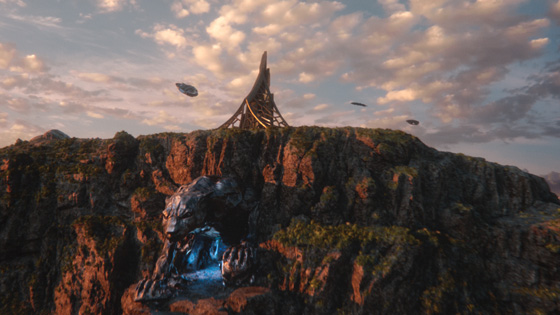 The true beauty of it though is that it all feels grounded in reality at the same time, and as a result it could be argued that this is finally a level of blockbuster representation that black culture deserves. Indeed when you place the all-consuming grandeur into a context where racial divide and national identity are an integral part of a narrative that equally doesn't allow its ideas to overtake the experience, the film ends up with all the family appeal and ambition of your average Pixar venture, and easily lives up to its cultural significance at the same time.

However, it is equally important to stress that that doesn't mean this is a film without any issues, as whilst 'Black Panther (2018),' is a heady and extremely immersive and indulgent movie, it is occasionally let down by its character focus as whilst it does build a brilliant roster of supporting players, T'Challa's arc here is sometimes placed a little too far into the background which does slightly hinder the emotional investment one may be able to unlock. 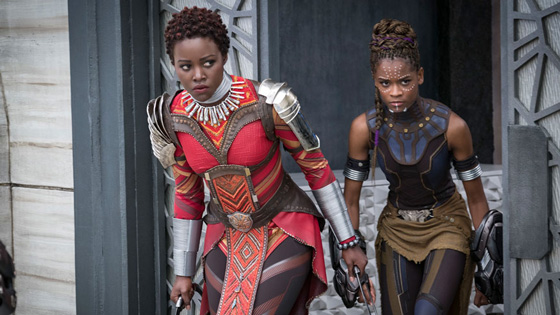 This is especially frustrating when Chadwick Boseman delivers such a captivating, nuanced and regal performance, but it is perhaps a compromise worth making when the bigger and louder characters around him are as well-realised as they are. After all, it can't be disputed that this is a film with one of the most impressive supporting casts you could possibly assemble with the likes of Michael B. Jordan, a human-form Andy Serkis and the scene-stealing Letitia Wright all chewing up the screen alongside the understated Lupita Nyong'o, Forest Whitaker and Angela Bassett.

These really are impressive names, and with each and every person bringing their A-game along with the standard of everything else on display, the overall picture painted here is one of a film with a reach far greater than any of its universe's predecessors, and a grasp that's just as strong. 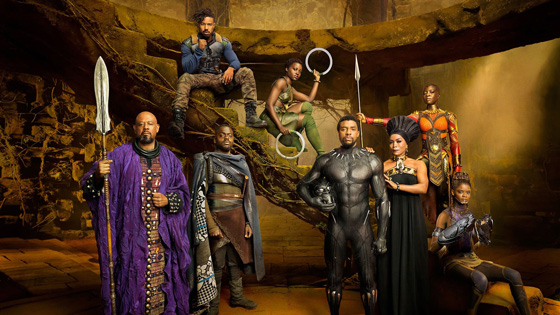 In the end then, 'Black Panther (2018),' not only sets a new bar for this kind of cultural representation in mainstream Hollywood; it also represents a whole new caliber of Marvel film thanks to its spectacularly detailed world-building and grounded ideas where the ambition and execution largely exceeds what's come before.

Suddenly, the greatness of the likes of 'Captain America: Civil War,' seem slightly shy in the shadow of Ryan Coogler's bold approach here, and many other great blockbusters begin to cower in 'Black Panther's assured magnificence too. This is a film that has commanded the attention of the world, but its how commanding it is up on the screen that means it lives up to and surpasses all expectations. What an impressive piece of work.