This week I will be reviewing what I believe to be the most underrated Disney animated film of all time. We all know their classic films about princesses and talking animals. Unfortunately, it is when they branch out and break the mold that they are less successful. Just think about ‘Lilo and Stitch (2002)’ and ‘Meet the Robinsons (2007)’; these are two very well-crafted films, going a different path than the formula we've seen a hundred times. And yet, these are among some of Disney’s lowest earners. And in that group as well is ‘Treasure Planet (2002)’.

This is a visually stunning film, especially for its time. Pixar was breaking new ground in 3D animation with Finding Nemo, and meanwhile Disney was revolutionizing the field with its mix of animation mediums. For the time, no one had seen anything quite like the blend of styles used here. As a futuristic take on the classics story of Treasure Island, they needed to put enough of a twist on the concept to make it feel like it is not a re-tread. So what do they do? They create a world so zany with so many different creatures that feels so lived-in. And why? Because they let us fly through the city and then take us right to a run-down inn where we meet many an eclectic character. 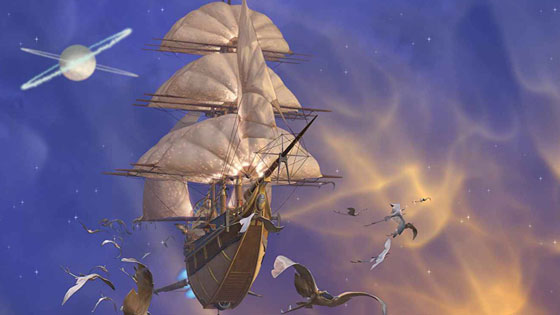 Now before I get to my negatives, I have to talk about the music. James Newton Howard scores this film, and most brilliantly so. It feels epic and adventurous , like an arrangement you'd find in a Spielberg film. With the score, Howard gives the film a tone of exploration, curiosity, and adventure. Now in terms of my negatives, I have but a couple. While I do feel they put a unique spin on the story, the plot can feel a bit thin and predictable. It doesn't take away from the story, but it's not unnoticeable. My other complaint is the film's tone. At certain times there is a feeling of glee and fun, in which it seems the filmmakers just want the audience to have fun (which we do, if I might add). Then there are other times where there might be a darker turn taken where the movie takes itself a bit too seriously. And resultantly, those are the moments that tend to drag comparatively to the rest of the film. 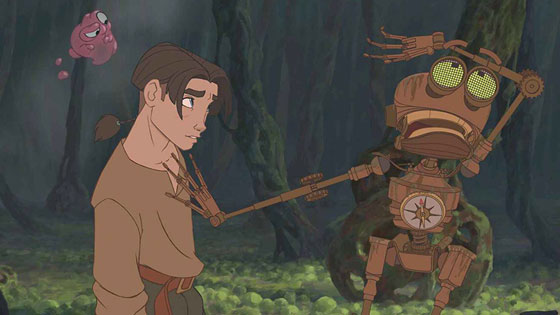 However, I also believe that this a very emotionally satisfying film that may just have you a bit misty-eyed by the end. I am given to give it a ‘8 out of 10’. What do you guys think? Have you seen ‘Treasure Planet (2003)’? Have I convinced you to watch it? Let us know your thoughts in the comments below!