I'm not quite sure how to start this introduction; if I'm being honest with you, I've never seen a film quite like this one. I've seen plenty of great modern action movies: ‘Mission: Impossible (1996)’, ‘Skyfall (2012)’. But not even the Bourne films come off as uncompromising and real as this one. This has been on my watchlist for a while, and for some reason it just kept getting moved down. And after seeing such films such as ‘Transformers: The Last Knight (2017)’ and ‘The Mummy (2017)’, I needed quite the palate cleanser. Well thank the lord ‘Collateral (2004)’ made it to my Blu-Ray player, because I have been amazed.

Not since ‘Heat (1995)’ has Los Angeles felt so tough and brazen. Michael Mann masterfully captures the nightlife of the city, the beauty of the lights, and the darkness of its underbelly. The cinematography has a gritty texture to it, which somehow gives the viewers a feeling of realism in a moonlit world of mayhem and crime. Tom Cruise shines as this complicated villain and/or anti-hero; it's never really clear to us what Cruise’s motives truly are. And that is what truly makes this movie work. The thought-provoking dialogue makes you wonder how a “hitman-for-hire” could be so intelligent and makes the audience wonder how we are finding ourselves almost cheering for this cold killer. 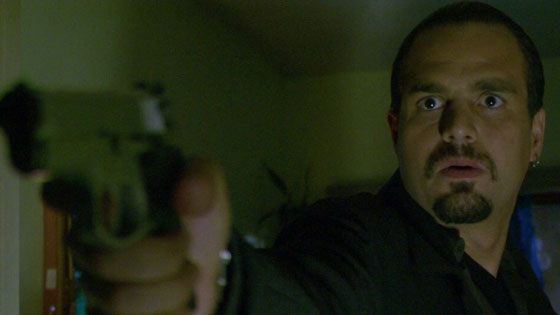 Jamie Foxx was also great as a cab driver with a lot of pent-up anger and longing. You truly feel for him when he has to do everything he does not want to do all in one night. There was also very nice appearances from Mark Ruffalo, Javier Bardem, and Jada Pinkett Smith, who all shined in their small- albeit important- roles. My only problem with the film is the characters and storylines that they set up and how some of those characters and storylines didn't really wrap up the way I wanted them to. When certain events and deaths occur, I didn't feel like I was as invested by the end as I think the filmmakers intended me to be. 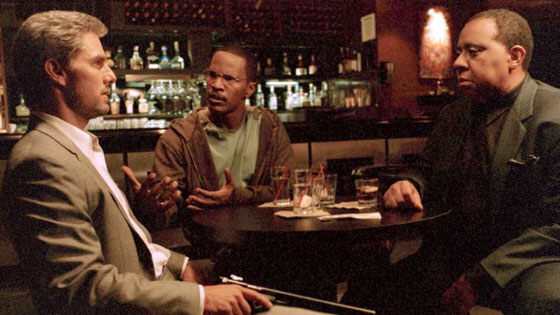 With all that being said, this movie was a rush of adrenaline with a shot of life lessons (I hope you follow my cheesy metaphors). I am going to give it an “8 out of 10”. Have you guys seen this film? Do you plan on seeing it? Let us know in the comments below!