Going into 'The Ice Cream Truck (2017),' I was expecting one movie, but I got another one. Normally this would be a turn off for me, but honestly, I think I liked the movie I got more than I would have liked the one I was expecting. 'The Ice Cream Truck' is marketed as slasher style horror movie, and while the film does contain these elements, it is much more than just that.

'The Ice Cream Truck' is the story of Mary, a married mother of two who is moving her family back to her suburban hometown to focus on her writing. While Mary's husband and children are back in the city tying up loose ends, she goes ahead to move into their new home and get things all settled before her family arrives. While Mary waits for her family to come, she starts to notice weird things happening in the neighborhood, and it all seems to stem from the creepy ice cream man that roams the streets at all hours of the day and night. 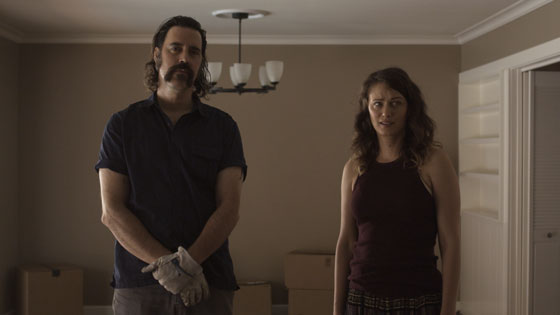 'The Ice Cream Truck' is written and directed by Megan Freels Johnston and while I did spot a few place where the direction could have been improved, I was very impressed with the originality and freshness of the story. At times the dialogue was cheesy, but I was able to look past that and focus on the story. Deanna Russo, who plays Mary, did an excellent job with her role. At the very beginning of the film, I was unsure of her performance and her character, but my opinion quickly changed as she was given more to do and the story picked up. Emil Johnsen was OK as the ice cream man. He played the role in a very mysterious and sinister fashion, but at times, I questioned why anyone would ever approach this incredibly creepy ice cream man. I can say for sure, that my son would never go near this guy! Unfortunately, it was Hilary Barraford's performance that stood out to me as the worst of the film. While her character was written to be very nosy and annoying, I felt Barraford took it to far, and her performance came across as very over the top. 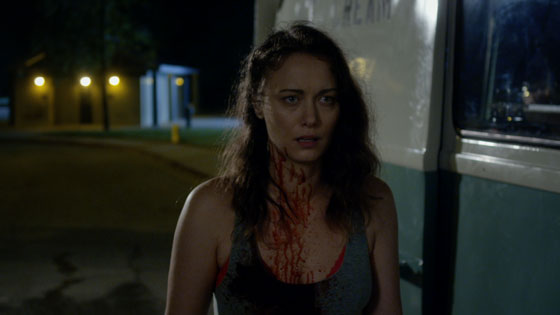 As I had mentioned earlier, the film is much deeper than the typical horror slasher. A large part of the story revolves around Mary's struggles with being away from her family. While she is back in her hometown all alone, she quickly starts to steer away from her mom like persona and struggles with youthful "bad girl" temptations. It was Johnston's ability to merge Mary's struggles and the ice cream man's sinister killing spree into one movie that impressed me most about this film. 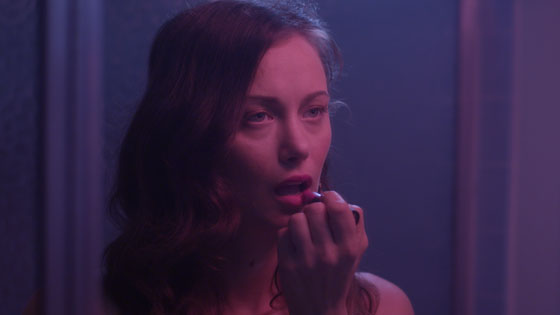 'The Ice Cream Truck' is a movie that surprised me. It was so much more than I expected but I ultimately think that was the reason I enjoyed it. At times, the dialogue and the performances felt cheesy and over the top, but I was able to look past that and focus on the original and fresh story. I give the 'The Ice Cream Truck' a 7 out of 10.