Patriots Day (2016) is the latest film from the collaboration super team that is #3982-peter-berg and Mark Wahlberg, who are fresh off the success of Deepwater Horizon (2016). Patriots Day chronicles the tragic 2013 Boston Marathon bombing and the days that followed as the city launched one of the most intense manhunts that has ever occurred on US soil. I am a big fan of Lone Survivor (2013) and Deepwater Horizon, so naturally I had high expectations for this one, and it did not disappoint. Patriots Day is an excellent film and my personal favorite of the 3 Berg/Wahlberg movies.

Patriots Day takes an interesting approach to its storytelling. Instead of portraying the events exclusively through the eyes of the main character, the filmmakers decided to depict the events from multiple points of view. They cover the story from the perspective of the law enforcement agents, the terrorists, the survivors, and the non-survivors. This unique approach worked extremely well and was one of the things I liked best about the film. 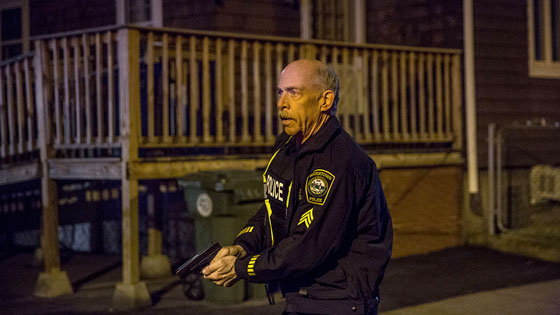 With this unique multi-view approach came an extensive cast of highly respected actors and actresses. For me, there were two standout performances in the film. First, we have an excellent performance by Mark Wahlberg who plays a Boston police officer and the officer in charge of the finish-line area of the marathon. Wahlberg is a Boston native, so it is no surprise that he was able to capture real and authentic emotions with his performance. He loves Boston, and you can tell he wanted to do them proud with this film. Second is J.K. Simmons, who plays the police chief of Watertown, which is a suburb of Boston. Simmons is fast becoming one of my favorite actors in Hollywood. Every time he steps into a role, you can tell he is giving 110% and Patriots Day is another excellent performance by the veteran actor. He provides some of the funniest and most heartwarming moments in this film and nails the full spectrum of emotions beautifully. The movie also features strong performances from #1101-john-goodman, #207-kevin-bacon, Michelle Monaghan, Melissa Benoist, and Rachel Brosnahan.

Another area where this film took a unique approach was with how they utilized the true event footage in the film. Often with real world event films, the creators will include bits of footage of the actual events at the end of the movie. With Patriots Day, the team intertwined the real archival footage right in with the film's shots. This approach gives the film a real authentic feel, and once the bombing occurred, I felt like I was there in the movie following the events live. 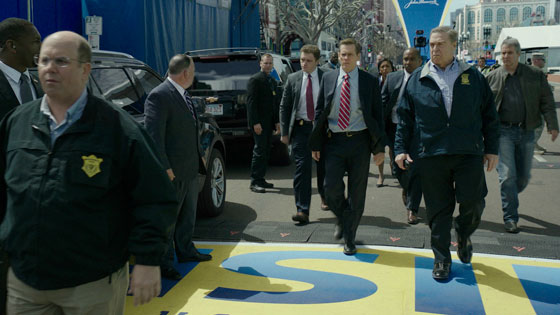 The only real issue I had with the cinematography was the heavy use of shaky camera work. At the beginning of the film, I was getting a little nauseous from the shaky cam and had to close my eyes a few times to give them a break. Luckily, it didn't last long, and by the time the bombing occurs, it had lighted and was no longer a distraction to me. Another area I had some issues with the film were related to Wahlberg's character. His continuous involvement felt a bit forced as he kept popping up in the right place at the right time to catch all of the major components of the story. This was the only part of the film that felt truly Hollywoodized to me. I also felt his character's backstory could have been hashed out with a bit more clarity and detail.

Patriots Day is a very powerful and important film. The events depicted in the movie were pretty recent, so it was crucial that they tell the story accurately and respectfully, which they did beautifully. The filmmakers used bits of strategically placed humor to help lighten the tone of the film, which could have easily become too dark and intense at times. They also provided a beautiful dedication to the victims, the survivors, the citizens of the city, and the "Boston Strong" slogan at the end of the film.

Overall, Patriots Day (2016) is a well written and uniquely made real world event film. It pays considerable amounts of respect to the various parties involved and features strong performances across the board. For me, Mark Wahlberg and Peter Berg are an unstoppable team. They continue to deliver excellent films, and I look forward to their continued collaboration. While this movie does have a few issues, I felt the positives heavily outweighed the issues, so I am going to go pretty high for this one. I give Patriots Day a 9 out of 10.