By Barnaby Turner | Leave a Comment | Published 6 years ago

Usually, the problem with musicals is that every time a scene reels you in, a song or dance manages to lose the catch; dropping any dramatic significance of whatever may be on display. La La Land (2016) however - the second big film from young directorial genius Damien Chazelle - uses music to enhance the story, yet hooks you so tightly that there's no chance of being unwound.

Yes this is a very beautiful and highly engaging love story at its core - following Seb (Ryan Gosling) and Mia (Emma Stone) get together as each of them pursue their dreams. Seb is an aspiring Jazz pianist who's obsessed with the music of the past, whilst Mia is an aspiring actress who works at a coffee shop in the Warner Bros Studio district in LA. Are the dreams they worked so hard to maintain in each other enough to rip them apart? The answer isn't remotely as glib as you'd expect. 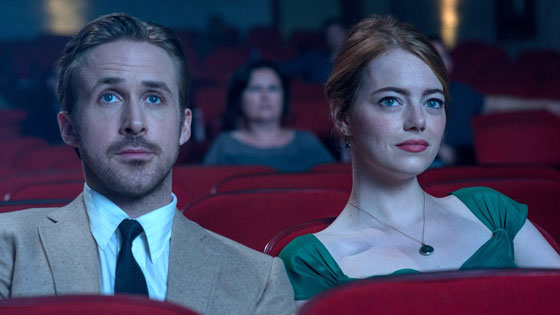 Yes, this is arguably as much an in-depth exploration of the concept of dreams, as it is a heart-felt romance, and it's becoming clear that Chazelle is fascinated with this concept after his similar efforts in 2014's Whiplash (2014). What's so startling here though is that he's still got lots to say, and on this occasion his vision is far wider than we've ever seen before. In fact, the exploratory nature of La La Land is arguably where Chazelle's growth as a film-maker is clearest, and nowhere is that specifically more stand-out than where his studies of nostalgia are concerned.

Indeed this is a film that looks at people's views of the past rather a lot (particularly through the eyes Gosling's character) and what makes that exploration so special is that the movie, with all its 60s design and retro music, represents a thing of yesterday in itself. The warm, fuzzy feeling you get from all that nostalgia means you're really with Seb when he finds himself dreaming of a world where old jazz is still the main-stream sensation it once was. I find that rather poetic, and it builds an understanding and incredible empathy for a character and an idea, who's intentions may otherwise seem unnecessarily stuck in the past. 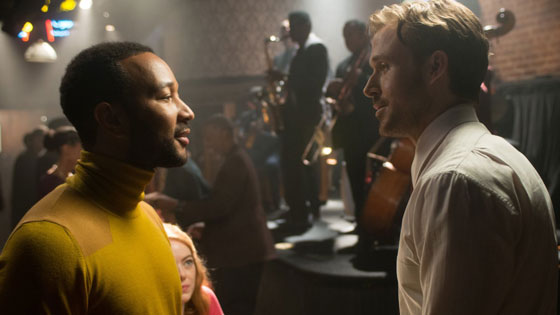 However, don't for a moment think this is a film only concerned with its themes, as the characters are not only extremely well-realised in themselves, but the ideas actually feed their arcs and make for more interesting and relatable stories in turn. That marriage between theme and character is one of the most crucial ingredients in this kind of film actually, and luckily here the leads are truly enriched and layered individuals.

This is largely because the chemistry between them is so magnetic; something that's to be expected between Stone and Gosling by now, but that's definitely at its best we've ever seen. It would also appear Chazelle has an inate ability to get the best possible performances out of his cast though, and when paired with talent such as this he works absolute wonders. The writing is impeccable too, and whilst that may sound like a by-the-way statement, it by no means is - getting all these things this right on your second attempt (well, and your first) is nothing short of incredible. 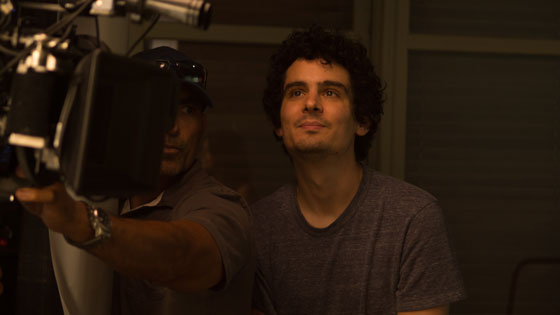 Another thing that furthers the development of these great characters is the music though, as La La Land massively utilises this to its advantage. No song feels like a distraction from what's going on - more an enjoyable and necessary part of the story's development as each number holds great meaning to the moment. Thankfully, they're never forced either, because the cast helps deliver them all with a cheeky smile, as well as the right level of seriousness to give them weight and meaning.

Now I'll admit, the opening moments of the film had me raising a suspicious brow with their audacious colours and campy energy, but by the end of "Another day of sun" I was so won over by the borderline-sarcastic bold-ness of Chazelle's opening statement, that my doubts were firmly replaced by an ever-growing smile. This was Chazelle telling me he's got it, and slapping me round the face with my skepticism in the process.

In the end, I'd go as far as saying La La Land doesn't need to be a musical because everything else is so good, but having the smart songs and dance numbers in the mix add so much in terms of our understanding and engagement with the characters that I think it would be a travesty if it wasn't one. 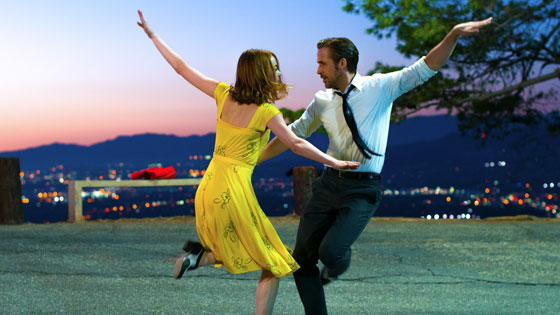 Now it's also undoubtable that the musical numbers give the film a very strong sense of tonal identity, as their ironic and often light-hearted nature really add to the overall feeling you get from the dazzling visuals and dream-filled story. It's a very charming and energetic film, and it's also one that takes itself far less seriously than you might imagine (a potential criticism, but also a compliment in its own right). As a result of all Chazelle's triumphs though, in the end La La Land is a film that will make you feel a whole multitude emotions. Sorrow and hope for our leads in their roller-coaster story, reflection on our own dreams and ideas, admiration for everything so wondrously on display, and downright happiness that you're witnessing something so full or charm and energy.

It's because of its ability to make you feel many emotions, along-side the fact it's partly about Hollywood itself, that's making it such a big hit with movie-lovers across the land, and it's why I've no doubt it will go on and win the Oscar. What makes that such a joy though is that it damn well deserves it too.

La La Land (2016) is a beautiful love story, but it's also so much more - delivering a thing of poetic intelligence, tonal balance and genuine engagement that will play with many of your emotions. I love this film, and if you haven't already, I highly recommend you see it. You will not regret it.