By Chris Lentz | Leave a Comment | Published 5 years ago

In 'Home Again (2017)' Alice Kinney (Reese Witherspoon), a recently separated mother of two girls, decides to start over and move, from New York City, back to her deceased fathers home in Los Angeles, CA. While out celebrating her 40th birthday, she meets Harry, George, and Teddy, three cash-strapped but up and coming young filmmakers who are new to L.A. and are looking for a place to stay. The next day, thanks to her somewhat irresponsible mother, Alice agree's to let the three young men temporarily stay in her guesthouse. Things get complicated when Alice's husband and father to her two young girls shows up wanting to try and repair the relationship. 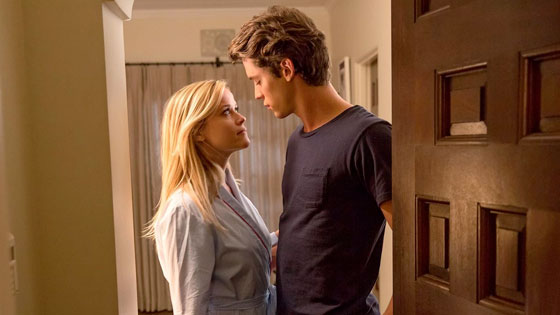 'Home Again (2017)' is written and directed by Hallie Meyers-Shyer, the daughter of Nancy Meyers (who also produces this film) and Charles Shyer. Both Nancy Meyers (Father of the Bride, Father of the Bride Part II, The Holiday, The Intern) and Charles Shyer (Baby Boom, Father of the Bride, Father of the Bride Part II, Alfie) are famous Hollywood powerhouses in the romantic comedy space. It is no surprise that their daughter, Hallie, has followed in their footsteps. While I don't have any major issues with Meyers-Shyer's direction of the film, it is the story that hurts the film more than anything. What kind of single mother would let three strange men, one of which does drugs, live in her guesthouse? Ok, yes we live in the age of Airbnb, so I guess this is not that far-fetched, but would she let them come and go as they please from the main house and even let them drive her kids around? No! Maybe if she was a lousy mother, but she isn't. In the film, Alice is a very responsible and caring mother, so I find it hard to believe that this situation would ever occur. 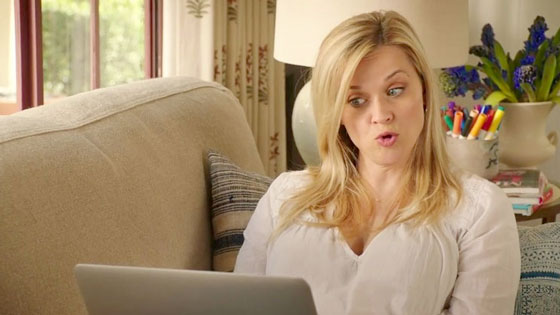 Reese Witherspoon is the one saving grace for this film. She is utterly adorable and provides an irresistible level charm that is needed to carries the film to the end. 'Home Again' also stars #7mu0p6sjnmr-nat-wolfff, Pico Alexander, Jon Rudnitsky, Michael Sheen, Lake Bell, and Candice Bergen. With the exception of Witherspoon, the performances are just Ok, and the film never achieves the level of chemistry it is going for.

While 'Home Again (2017)' does have a pretty far-fetched and at times even flat storyline, it is a cute film that I do think diehard rom-com fans can enjoy. Reese Witherspoon is as charming as ever, and the film checks all of the rom-com boxes, but it doesn't fully achieve the level of chemistry it was aiming for. I give 'Home Again' a 5 out of 10.