If movies were paintings, director Christopher Nolan would surely be Turner. Indeed whether he's crafting a small thriller early on in his career, or a sprawling blockbuster later on, his films are always brooding, ambitious and beautiful works where huge attention to detail amounts to incredible levels of all-consuming engagement and tangibility.

That's why many might think he's the first person you'd call if you wanted to bring the historic civilian evacuation of Dunkirk to life on the big screen for the first time, but actually Nolan has gone on record saying that this is the biggest risk of his career since he made 'Memento' back in 2000.

Why? Well, whilst he is undoubtedly a very able craftsman, his past filmography has always been far more experimental and thematically explorative than the premise of a true story like this would seemingly allow. So in a way 'Dunkirk (2017)' looks set to strip bare Nolan's film-making and truly focus the lens on his intricate brush-strokes for the very first time. 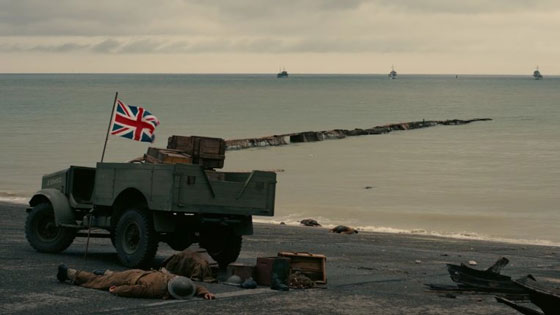 Thankfully though, and arguably unsurprisingly, Nolan has succeeded again, as he uses his incredible handle on cinematic craft to make this direct premise into an all-consuming and edge-of-your-seat experience that leaves you just as shaken as you might be after a journey to another dimension in the likes of a more outrageous affair such as 'Inception' or 'Interstellar.'

Perhaps the most outwardly different thing about this film (and arguably the biggest clue as to who is behind the camera) is its narrative structure that continually flits between the soldiers on land, the ongoing battle in the air, and the civilian rescuers - and the beauty of it is that it's done whilst scattering time frames to build tension perfectly towards the inevitable accumulation of all three story strands.

But whilst that may sound complicated, it really doesn't feel it, and in fact it's the overall simplicity of 'Dunkirk' that makes it so heart-wrenching, as so much time is given to establishing and building tension, dread and scale within its engaging narrative. 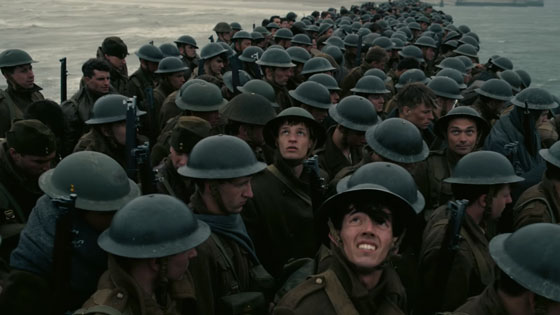 Take the opening scene as an incredible example - a battered and ruined soldier Tommy (Fionn Whitehead) arrives on the beach to be confronted by reams of young boys in the same situation whilst the desperation and horrifying truth of their isolation becomes ever-apparent - all without the use of any dialogue.

Yes from here on in Nolan chooses to blankly display the reality of the situation without explaining it at all which is undoubtedly​ the best way to engage and bring the desperation home to the audience. After all, long chilling shots of drained faces and desolate ocean and beach, and the murmuring of heart-wrenching music and sound design are able to convey far more emotion and situational scale than any scripted words ever could, and the fact Nolan recognises this and utilises those elements is not only very brave, but also goes to show what a smart filmmaker he really is. 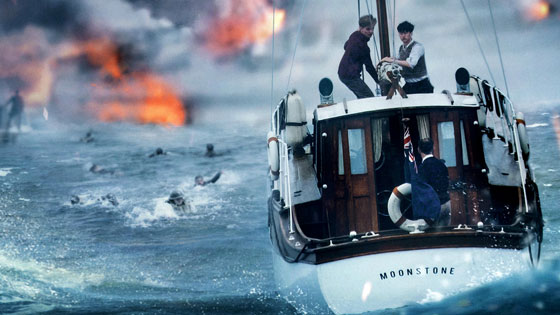 Equally though, no other filmmaker could execute this so successfully, as the realistic weight and authenticity that comes from Nolan's devotion to shooting on film and using practical effects means that the exposed expanses of emptiness are always extremely captivating and truly heart-wrenching.

As a result of his handiwork then, it could be said that 'Dunkirk' is more of a half-silent suspense-thriller than it is a war movie, and the fact Nolan was inspired by the work of Fincher and other directors known for building tension so visually is not at all surprising once you've seen the film. But regardless of genre, the movie's creative physical approach pulls you in and hooks you in a way very few films manage. 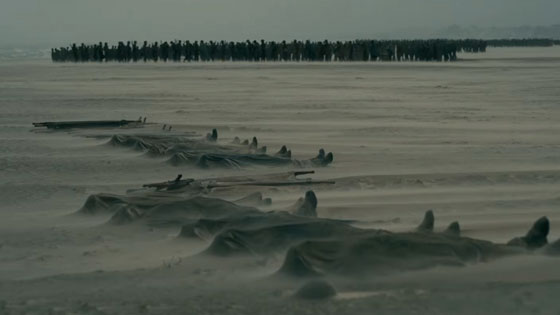 So in the end, whilst 'Dunkirk' may not be as complex or layered as Nolan's other efforts, it is equally profound, as the way tension is built and the authenticity of everything on display makes for an experience that will either have you gripping your seat, or hanging right off the edge of it.

Basically then this is proper blockbuster film-making stripped to its bones, and no matter how many great pictures Nolan puts together, we should never take for granted how he treats his audience with such respect and with the level of intelligence they deserve. Nolan may not be a painter, but 'Dunkirk' is, without doubt, an absolute masterpiece in every possible way. Go see it on the biggest screen you can find, and I promise you will not be disappointed.