It is known by many that I am not a huge fan of superhero films. While I do enjoy some of them, many of them just don't hit with me. Doctor Strange (2016) was a movie I wasn't expecting to see in the theater, but thanks to an invite from some family I was able to catch it in theaters, and I am glad I did. Doctor Strange is very different other Marvel films. I think it is one of the biggest risks the MCU has ever take and it clearly paid off. 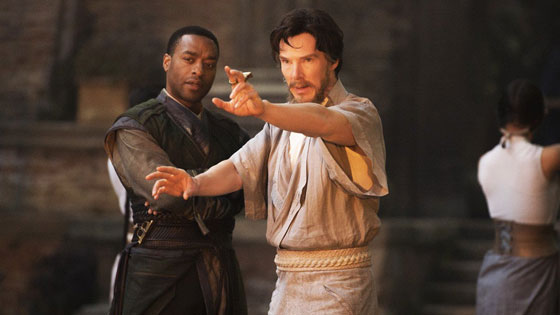 Doctor Strange features an incredibly rich story that does an excellent job of introducing Dr. Stephen Strange to the MCU. The story, at times, can get a little complex but everything comes together nicely in the end. I only have two complaints with the writing: First, is that parts of the story seemed a bit rushed. I would have liked to have spent more time in the second act when Strange is learning the ways of the mystic arts and exploring the rich ancient history and culture. The other issues I had was with the humor. Marvel has always felt the need to include humor in their films and it tends to work well in many of their films. With Doctor Strange, it didn't work for me. The humor felt out of place and forced in many different areas. It felt like the script had been written by one person, but then a comedic writer came back over it and added bits of humor randomly throughout the film.

When I first heard Benedict Cumberbatch was cast as Doctor Strange, I was a but unsure about that decision. I couldn't picture Cumberbatch in this role, but in the end, I was very pleasantly surprised at how well he fit the role. Same goes with Tilda Swinton; not many were thrilled when she was cast as an Asian male character—but she was excellent as The Ancient One. In this film, you also have the character of Christine Palmer (who is played by Rachel McAdams), who is Doctor Strange's love interest. Rachel McAdams is a top notch actress, and she was completely underutilized in this film. I was also pretty surprised at how open-ended they left her character. Her story ended quite abruptly and it almost felt like there was a scene missing to help wrap up her character's arch. 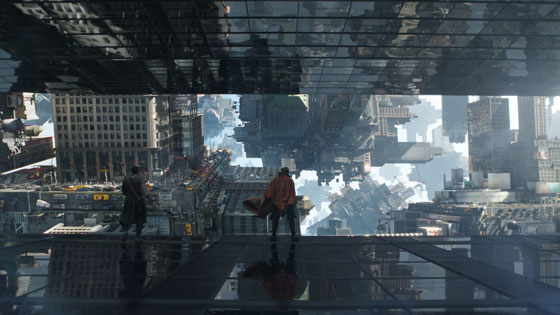 The last thing I wanted to touch on should come as no surprise. The action and special effects in this film are absolutely stunning. They are some of the best special effects I have ever seen. When I was watching the buildings folding into each other with people fighting and jumping all over them, I was speechless.

While Doctor Strange isn't a perfect film, it is one of the better Marvel films in recent years. The special effects are remarkable, the acting is top notch, and the complex story is executed beautifully. If for nothing else, see this film for insane action scenes and special effects. I give Doctor Strange (2016) and 8 out of 10.