Nerve is a film that I had high expectations for: the trailers and promotion for the movie made it seem like the ultimate fun summer popcorn flick. It delivered on all of these expectations and even surpassed some of them.

Nerve is a story about an online game that allows watchers to dare players to do various activities which they must record with their phones. While the game promises riches, I think it is the popularity and fame that comes with having the most watchers that draws most to play. Vee, a shy high school girl, decides to play the game after her friends give her a hard time about not taking risks in life. After her first dare, the watchers choose to pair her with the mysterious Ian for the remainder of the game which ends each night. 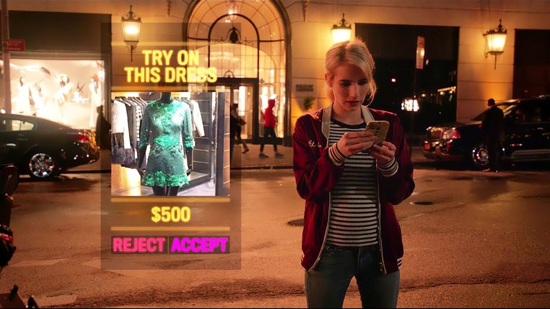 The core story of Nerve is very intriguing and original. Many of the dares that the various characters take on had my heart racing from excitement and nervousness. Occasionally a fresh and original story like this will fall apart in the second half of the film. This is not the case with Nerve. The story holds up through the entire film and kept me interested and invested in these characters until the end. The story does break away from reality a little bit, but I didn't see this as an issue since it is fun to suspend disbelief with a solid popcorn flick like this.

The performance by the young cast in this film surprised me. Emma Roberts and Dave Franco did a phenomenal job as the main leads. They both have likable characteristics which invested me in their characters and kept me entertained through the entire film. I also wanted to mention, Emily Meade, who did a great job playing Vee's vainglorious and malicious friend, Sydney. I haven't truly hated a character in a long time and a good bit of it has to do with Emily Meade's performance.

One of the areas this film really stood out to me is the direction. Team directing duo, Ariel Schulman and Henry Joost, did an incredible job crafting a film that truly shines from shot to shot. Every shot of the film is cleverly crafted and set against a beautiful neon style with an excellent soundtrack.

Overall, Nerve (2016) is exactly what you want in a fun summer flick. It features some excellent performances that are set against an exciting and intense story that doesn't need to rely on massive amounts of CGI to WOW its audience. The neon visual style paired with the solid soundtrack set up an excellent tone that helps to keep you locked in through the entire film. I give Nerve an 8 out of 10.