Creed (2015) which is directed by Ryan Coogler tells the story of Adonis Creed, the son of the late great Apollo Creed from the early Rocky films. Adonis, now all grown up, wants to become a great fighter without the shadow of his father hanging over him.

One of my favorite aspects of this film is how it has a fresh take on the franchise. In this day and age, it would have been easy for a studio to recast Rocky and attempt to reboot the franchise. Instead, they opted to introduce a new champion to carry the franchise and allow for a proper send off to Rocky Balboa.

Coogler's direction does a phenomenal job at balancing story, characters, and fighting all while paying tribute to the original Rocky films. It is no surprise that Coogler and Michael B. Jordan work together perfectly, as they had already found success together in the critically acclaimed Fruitvale Station (2013). 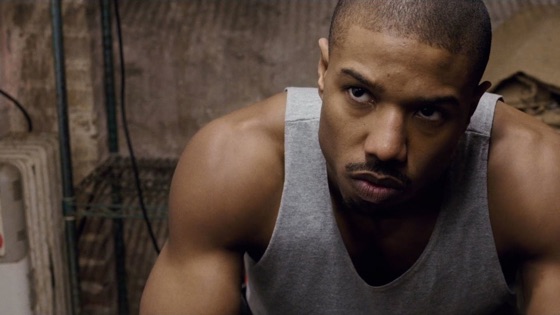 Michael B. Jordan, who has an incredibly powerful screen presence, delivers an exceptional performance as Adonis Creed. The way Jordan portrays this character pays much respect to Apollo Creed and fits in perfectly with the Rocky lore.

As expected, Sylvester Stallone is remarkable as Rocky Balboa. Creed marks the 7th time that Stallone has played the famed Rocky Balboa, and at this point, I hope he is the one and only person to portray this character. Every time Stallone comes on screen as Rocky, the nostalgia for these films comes pouring back to me.

I was also quite fond of Tessa Thompson. She delivers an energetic performance as the neighbor / potential love interest to Adonis. Her character helps to balances out the serious tone of the film by adding some lightheaded elements to the story. While I haven't seen much from Thompson in the past, I do hope to see more of her on screen soon. 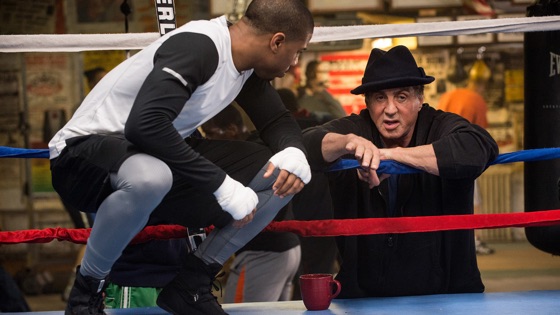 Besides the performances, the most impressive aspect of this film is the boxing scenes. The choreography of the fight scenes is incredibly impressive. Often with films of this nature, you can quickly identify the choreographed motions between the two fighters, but with Creed, I honestly was questioning if Michael B. Jordan took actual punches.

Creed is a well-made film with incredible performances and some of the best fight scenes I have ever seen. It pays tribute to the classic Rocky lore, but also introduces new characters to carry on the franchise. I give Creed an 8 out of 10.