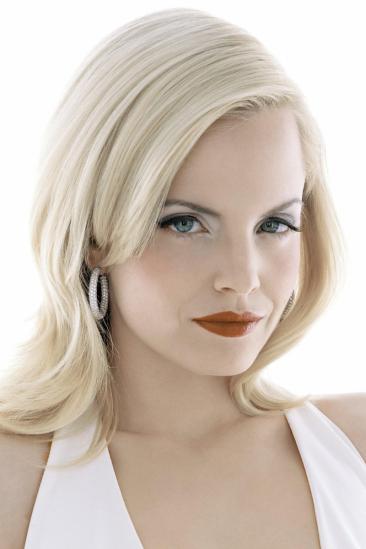 Mena Alexandra Suvari (born February 13, 1979) is an American actress, fashion designer, and model. Shortly after beginning her career as a model, she soon transitioned into acting after appearing in guest roles on 1990's television shows such as Boy Meets World and High Incident. She made her film debut in the 1997 drama film Nowhere. She made the transition to major roles with her performances in American Beauty, for which she was nominated for a BAFTA Award, and American Pie, both of which earned her wider attention. Since then, she appeared in Loser (2000), with her American Pie co-star, Jason Biggs, and later played the main character in the comedy film Sugar & Spice (2001). She had appearances in the 2002 independent drama Spun, and the 2004 thriller feature Trauma. She also appeared in the HBO's drama series Six Feet Under in 2004, she received a nomination as a member of the Outstanding Cast at the 2005 Screen Actors Guild Awards. In 2008, she was cast in a string of films, including Day of the Dead, The Mysteries of Pittsburgh, and the film adaptation of The Garden of Eden.

Suvari is a model for Lancôme cosmetics and print ads for Lancôme Paris Adaptîve, and has been featured in several fashion blogs and magazines such as Vogue. She is a long-time supporter and activist for the esteemed African relief organization, the African Medical and Research Foundation. She is also active in female empowerment issues, and is involved with charities whose cause is breast cancer, and "End Violence Against Women" campaign.

Description above from the Wikipedia article Mena Suvari, licensed under CC-BY-SA, full list of contributors on Wikipedia.