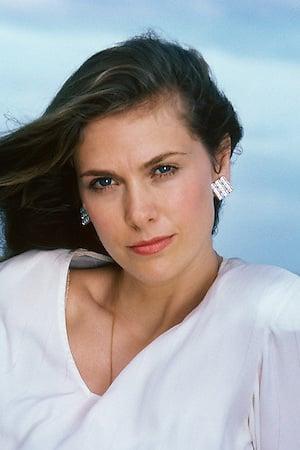 Colleen Celeste Camp  (born June 7, 1953) is an American actress and film producer, known for her performances in two installments of the Police Academy series and as Yvette the Maid in the 1985 black comedy Clue. She was also the first actress to play Kristin Shepard in U.S. prime time soap opera Dallas in 1979. Camp was born in San Francisco, California. She had small early roles in films like 1975's Funny Lady with Barbra Streisand. She also appeared alongside Bruce Lee as his wife Anne in Bruce Lee's last movie Game Of Death. Camp was also a Playboy magazine pinup and played one in Francis Coppola's 1979 film Apocalypse Now, though most of her footage was cut from the initial theatrical release. She would later feature more heavily in Coppola's Redux cut. She has worked steadily in film comedies like Peter Bogdanovich's They All Laughed, 1983's Valley Girl and the Michael J. Fox comedy Greedy. She often is cast as a police officer. Camp has been nominated twice for the Worst Supporting Actress Golden Raspberry Award – first, in 1982, for The Seduction, and then, in 1993, for Sliver. In 1999, she had a small part as character Tracy Flick's overbearing mother in the film Election, with Reese Witherspoon as Tracy. While continuing to act in shows like HBO's Entourage, Camp is also now making a name for herself as a producer. She was married to John Goldwyn, a Paramount executive, from 1986 to 2001. They have one daughter, Emily. She appeared in the episode Simple Explanation of House, M.D. that first aired on April 6, 2009.

Description above from the Wikipedia article Colleen Camp, licensed under CC-BY-SA, full list of contributors on Wikipedia