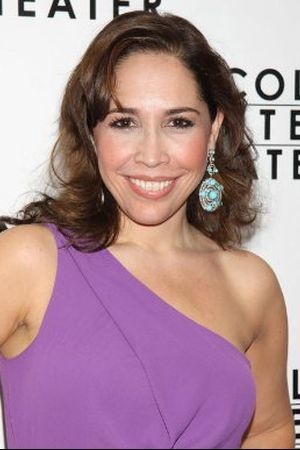 Andréa Burns She is an American actress, singer and songwriter, primarily featured in theatre, recordings and television. She is married to Director/Performer Peter Flynn, whom she met while touring in West Side Story. They have a son named Hudson who is featured on the cover art of her solo album, A Deeper Shade of Red.