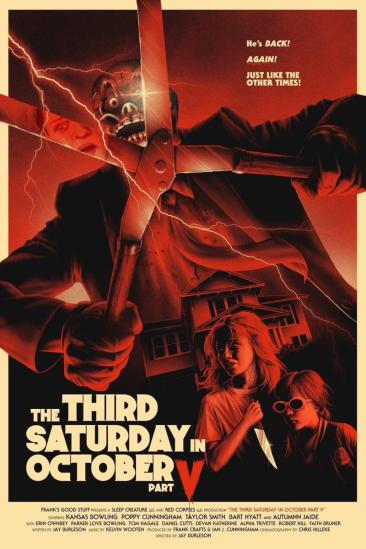 It's Part V! Unstoppable killer Jakkariah "Jack" Harding is back in town after seven years as he stalks and kills at random before chancing upon a football watch party. The game is, of course, betw...