Don't Breathe (2016) is the story of three young delinquents who commit a series of burglaries to make money and get by on the tough streets of Detroit. They receive a tip about a blind guy who is sitting on a large cash settlement from the death of his daughter and decide that this is the big haul they need to escape their terrible lives. Shortly after they enter the blind man's home, they realize they made a huge mistake and quickly find themselves trapped and fighting for their lives. 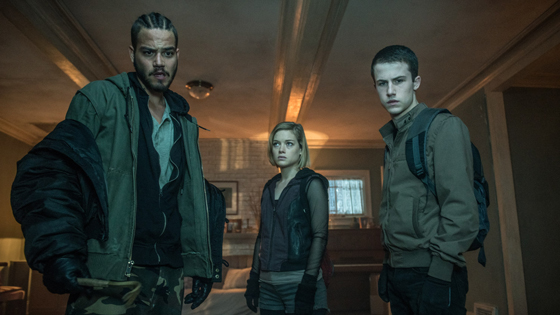 I went into "Don't Breathe" expecting a very suspenseful horror film and it fully delivered on those expectations. The film relies heavily on sound and lack of sound to provide the incredibly tense tone. While it is a suspenseful and tense film, I did appreciate that it didn't take itself to serious. It strikes a solid balance between suspense and fun to make sure you enjoy the movie and don't come out of it exhausted. If you have a chance to see this film in theaters, take it. It is one of those rare films that you want to see with a crowd. I found that part of my enjoyment of the film was the result of myself playing off of others reactions who were seated around me.

I was very surprised by how well the director, Fede Alvarez, was able to creatively utilize the single setting environment for this film. Often times with a single small environment, you find that the confined space holds back the story; this was not the case with "Don't Breathe". 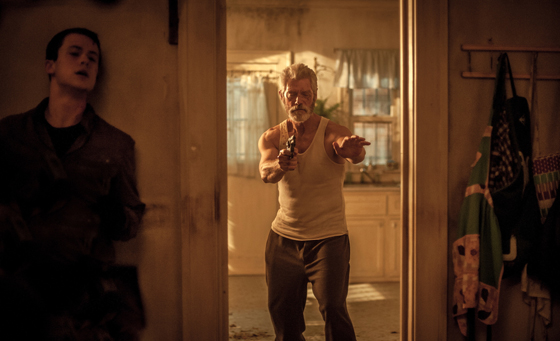 Without giving anything away, I will mention that the film does have one particular scene that went far darker than I expected. I was ok with it because it was the scene that made this film extremely memorable. When you see the scene, you will instantly know what I am talking about.

The acting in the film was solid. Jane Levy and Dylan Minnette do a good job of conveying the emotions they are feeling and how terrified they are. The blind man (Stephen Lang) reminded me of John Goodman in 10 Cloverfield Lane (2016). You couldn't quite tell if he was just an old pissed off war veteran who is overly paranoid because of his handicap or if he was a genuinely dark and twisted individual. 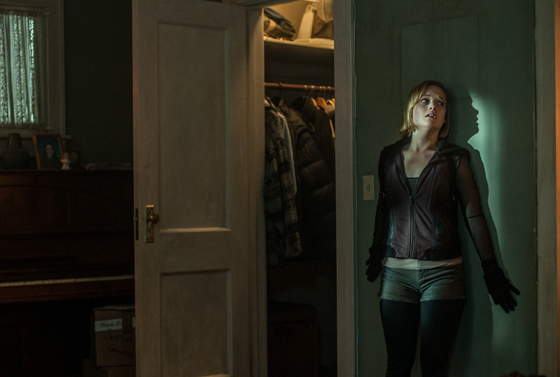 I did have two issues with this film. First, is how it teased the ending of the film at the very beginning. I felt this was unnecessary and took away from the movie. The second issue I had, is directly related to the end of the film. I won't spoil it, but I will say that there was a hole in the story that had me questioning how everything was wrapped up.

Overall, "Don't Breathe" is an intense horror film that will keep you on the edge of your seat through the entire movie. It does provide some fun moments, but they are balanced out by the suspense and keep the film from crossing over into silly territory. If you are interested in seeing this film, see it in theaters. This is one of those rare films that you will enjoy seeing with others and won't be bugged when somebody yells at the screen. I give "Don't Breathe" an 8 out of 10.