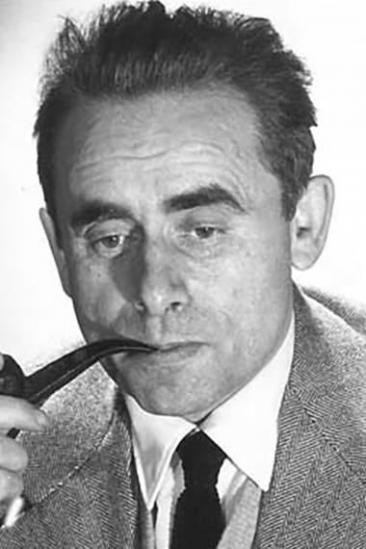 Henri-Georges Clouzot (August 18, 1907 – January 12, 1977) was a French film director, screenwriter and producer. He is best remembered for his work in the thriller film genre, having directed The Wages of Fear and Les Diaboliques, which are critically recognized to be among the greatest films from the 1950s. Clouzot also directed documentary films, including The Mystery of Picasso, which was declared a national treasure by the government of France.

Clouzot was an early fan of the cinema and, desiring a career as a writer, moved to Paris. He was later hired by producer Adolphe Osso to work in Berlin, writing French-language versions of German films. After being fired from German studios due to his friendship with Jewish producers, Clouzot returned to France, where he spent years bedridden after contracting tuberculosis. Upon recovering, Clouzot found work in Nazi occupied France as a screenwriter for the German-owned company Continental Films. At Continental, Clouzot wrote and directed films that were very popular in France. His second film Le Corbeau drew controversy over its harsh look at provincial France and Clouzot was fired from Continental before its release. As a result of his association with Continental, Clouzot was barred by the French government from filmmaking until 1947.

After the ban was lifted, Clouzot reestablished his reputation and popularity in France during the late 1940s with successful films including Quai des Orfèvres. After the release of his comedy film Miquette et sa mère, Clouzot married Véra Gibson-Amado, who would star in his next three feature films. In the early and mid-1950s, Clouzot drew acclaim from international critics and audiences for The Wages of Fear and Diabolique. Both films would serve as source material for remakes decades later. After the release of La Vérité, Clouzot's wife Véra died of a heart attack and Clouzot's career suffered due to depression, illness and new critical views of films from the French New Wave. Clouzot's career became less active in later years, limited to a few television documentaries and two feature films in the 1960s. Clouzot wrote several unused scripts in the 1970s and died in Paris in 1977.

Description above from the Wikipedia article Henri-Georges Clouzot, licensed under CC-BY-SA, full list of contributors on Wikipedia