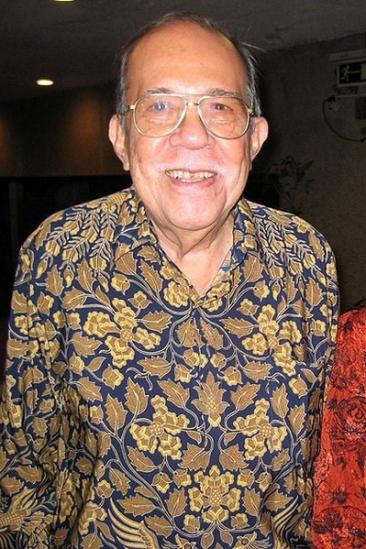 Eddie Romero (born July 7, 1924) is an acclaimed and influential Filipino film director, film producer and screenwriter, considered one of the finest in the Cinema of the Philippines. Romero was named National Artist of the Philippines in 2003.

His career spans three generations of filmmakers. His 1976 film "Ganito Kami Noon…Paano Kayo Ngayon?," set at the turn of the century during the revolution against the Spaniards and, later, the American colonizers, follows a naïve peasant through his leap of faith to become a member of an imagined community.

"Agila" situates a family’s story against the backdrop of the country’s history.

"Banta ng Kahapon," his 'small' political film, is set against the turmoil of the late 1960s, tracing the connection of the underworld to the corrupt halls of politics.

His 13-part series of "Noli Me Tangere" brings Philippine national hero Jose Rizal’s novel to a new generation of viewers.

Quentin Tarantino has drawn upon Romero's film Twilight People as an inspiration for his "grindhouse" homages.

Married to Carol Gonzalez, Romero was for a time the partner of actress Mila del Sol.

Description above from the Wikipedia article Eddie Romero, licensed under CC-BY-SA, full list of contributors on Wikipedia.