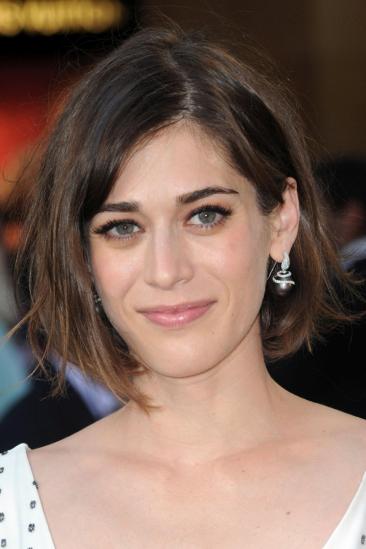 Elizabeth Caplan better known as Lizzy Caplan was born on June 30, 1982 in Los Angeles, CA. She is an American actress, best known for her roles in the CBS show The Class, in the 2004 film Mean Girls, and the 2008 film Cloverfield.

Caplan began her television acting career in 1999, when she played the minor role of Sara on the short-lived series Freaks and Geeks. She had a series of guest appearances on other shows, and has been a guest on Sharon Osbourne's talk show. Another of her major television characters came on Smallville, a series about Superman as a teenager. She debuted on that show on November 6, 2001, playing "freak of the week" Tina Greer on the episode "X-Ray." She reprised her role on the show on January 14, 2003, in the episode "Visage."Although she was already an experienced actress, she gained much notice in the 2004 movie Mean Girls, where she played alternative styled girl Janis Ian, namesake of the lesbian singer-songwriter Janis Ian. Caplan's character has been compared to that of Nancy McKeon's character Jo from The Facts of Life.

In 2003, she starred in the television series The Pitts, playing Faith Pitt. In the second season of Tru Calling, she played Avery Bishop, a friend of Tru Davies.

Caplan landed a starring role in 2005, playing Marjee Sorelli, the troubled sister in Related, a one-hour dramedy on The WB. The show was cancelled after one season. Caplan currently appears in the CBS sitcom, The Class, which premiered on September 18th, 2006 but was cancelled before its second season.

Undaunted, she has since moved on to more prominent movie roles in Cloverfield and Hot Tub Time Machine.