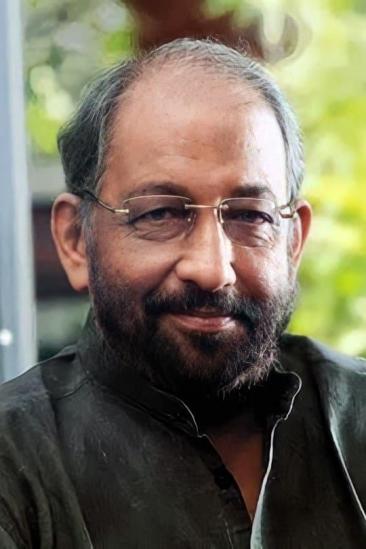 Kesavan Venu Gopal, known popularly by his stage name Nedumudi Venu, was an Indian actor, writer and director. He was widely regarded as one of the greatest actors in Indian cinema.

Venu was born as Venugopal to P. K. Kesavan Nair-a school master- and P. Kunjikkuttiyamma in Nedumudi, Alappuzha as the youngest of their five children. He has four elder brothers. He had his primary education from N S S Higher Secondary School, Nedumudi, and St. Mary's Higher Secondary School,Champakulam. He was involved in art and music since his academic period. After graduating from Sanatana Dharma College, Alappuzha, he worked as a journalist in Kalakaumudi and as a teacher in a tutorial institute. Venu was living in Thiruvananthapuram when he made friends with the likes of Aravindan, Padmarajan, and Bharath Gopi. This ultimately paved way for his film career. He is a talented Mridangam player.

Venu started his career in theater and went on to act in films. He was a member of Kavalam Narayana Panicker's dramas. He debuted in the film Thambu (1978) by director G. Aravindan. His acting skills were showcased in the Bharathan film Aaravam. Padmarajan's Oridathoru Phayalwan and Kallan Pavithran set a milestone for him. It marked his start in karanavar (head of the family) roles, which included most of his memorable performances.

Venu also wrote scripts for movies. He wrote the stories for the films Kattathe Kilikkoodu, Theertham, Sruthi, Ambada Njane, Oru Katha Oru Nunnakkatha, Savidham, and Angane Oru Avadhikkalathu. He also tried his hand in direction with Pooram. He has also acted in a few Tamil films with director Shankar, such as Kamal Hasan's Indian and Vikram's Anniyan.

Venu has also acted in some television serials. He acted in NFDC film Parinamam (The Change), directed by P. Venu that won the best screenplay award at the Ashdod International Film Festival held in Israel. He won the Best Actor award for his role in Saira at the Zimbabwe International Film Festival which concluded in September 2007; Saira was the only film from India to be included in the festival. The committee mentioned that he acted compellingly and convincingly in his portrayal of a man caught between secularism and fundamentalism.