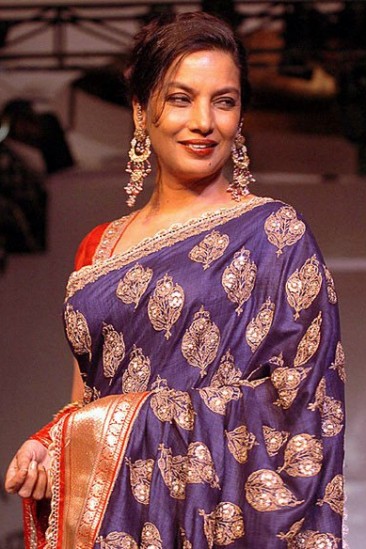 Shabana Azmi (born 18 September 1950) is an Indian actress of film, television and theatre. An alumna of the Film and Television Institute of India of Pune, she made her film debut in 1974 and soon became one of the leading actresses of parallel cinema, an Indian New Wave movement known for its serious content and neo-realism. Regarded as one of the finest actresses in India, Azmi's performances in films in a variety of genres have generally earned her praise and awards, which include a record of five wins of the National Film Award for Best Actress and several international honours. She has also received four Filmfare Awards.

Azmi has appeared in over 120 Hindi films in both mainstream and independent cinema, and since 1988 she has acted in several foreign projects. In addition to acting, Azmi is a social and women's rights activist, a Godwill Ambassador of the United Nations Population Fund (UNPFA), and a member of the Rajya Sabha, the upper house of the Indian parliament. She is married to Indian poet and screenwriter Javed Akhtar.

Description above from the Wikipedia article Pauline Collins, licensed under CC-BY-SA, full list of contributors on Wikipedia.