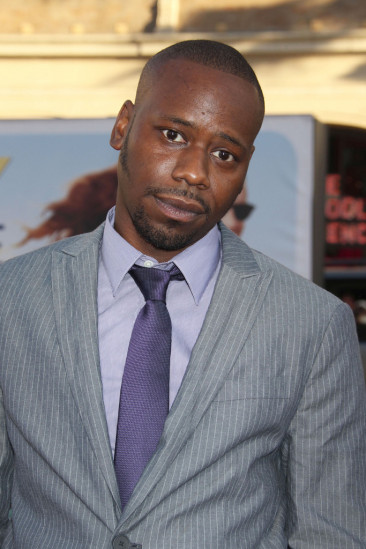 He was born and raised in Brooklyn, NY and attended Stuyvesant High School[1] in Manhattan. He has appeared as a series regular on Fox's The Sketch Show and Luis.

Barrett has had recurring appearances on the New York-based Law & Order franchise. He was featured as a squatter and drug dealer in an episode of The Sopranos and also guest starred in the pilot episode of It's Always Sunny in Philadelphia and in an episode of Monk as a lottery fanatic. He has also appeared in several television commercials, including national spots for Hummer and AT&T. The AT&T spot, which features Barrett shooting baskets in a sports bar, received frequent airplay during the 2008 NCAA Men's Division I Basketball Tournament.

Barrett played the character "Dr. Lem Hewitt" on the ABC television show, Better Off Ted and was a supporting character in the Academy Award-winning The Hurt Locker.

Barrett is a spoken word artist and hip hop performer who has recorded under the aliases "Tourette's," "Verbal," and "The Velvet Rope." He appeared on the 2002 EP Timber, by electronic recording artist M Pinto. He is currently working on his debut album entitled The Backpacker's Guide to the Galaxy.

Description above from the Wikipedia article Malcolm Barrett (actor), licensed under CC-BY-SA, full list of contributors on Wikipedia.