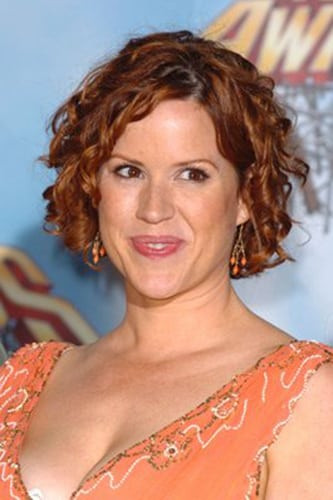 As a child, Ringwald appeared in many local TV commercials and stage plays in the Sacramento area. In 1978, at the age of 10, she was chosen to play Kate in the West Coast production of Annie, performing in Los Angeles. In 1979, Ringwald appeared in the TV series Diff'rent Strokes and was selected to become a cast member of the spin-off Facts of Life. She played "Molly Parker," a perky, fun-loving student at Eastland Girls School. Although she had essentially a supporting role, one entire episode, "Molly's Holiday" revolved around her character dealing with the effects of her parents' divorce. After the first thirteen episodes, the producers restructured the show to be more like the popular film Little Darlings,[citation needed] so Ringwald and three other girls were written out of the series in 1980. However, she made a final guest appearance at the start of the second season.

In 1980, Ringwald performed as a lead vocalist on two Disney albums. On the patriotic album Yankee Doodle Mickey, Ringwald sang "This Is My Country," "The Star-Spangled Banner" and "God Bless America." She later performed one track on a Disney Christmas album. Turning toward motion pictures, she found her breakout role in Sixteen Candles (1984). Molly Ringwald was a member of the so-called Brat Pack of 1980s teen actors. Though she played a high school "princess" in her biggest hit, 1985's The Breakfast Club, Ringwald specialized in portrayals of moody, awkward, brainy, angst-filled characters. Among Ringwald's movies are Fresh Horses, The Pick-up Artist and Pretty in Pink. During the mid- to late-1980s, when Ringwald was among Hollywood's top female teens, she appeared on many covers of such publications as Tiger Beat, Teen, Time and Life.

In the early 1990s, Ringwald's high profile movie career went into rapid decline. Ringwald reportedly turned down the female lead roles in Pretty Woman and Ghost. During the 1990s, Ringwald lived in France for four years and appeared in French language films. She performed in Horton Foote's Lily Dale Off-Broadway and performed in When Harry Met Sally on the West End in London. In 1994 she starred in the tv adaptation of Stephen King's The Stand. In 1995 she played a leading role in the movie Malicious as Melissa Nelson, a disturbed woman who has an affair with a college star baseball player . 1996 saw her return to television, starring on the ABC sitcom Townies. While critically praised, low viewer ratings resulted in the show's cancellation after nine episodes. She also made one appearance as a blind woman on the critically acclaimed cable series Remember WENN. She also starred with Lara Flynn Boyle and Teri Hatcher in the 1998 made for TV movie Since You've Been Gone. In 2000, she appeared in an episode of Showtime's The Outer Limits.

In 2000, Ringwald appeared in the ensemble restaurant-themed film, In the Weeds; in 2001 she had a cameo in Not Another Teen Movie. In late 2004, she starred in the play Modern Orthodox on Broadway, opposite Jason Biggs and Craig Bierko. In 2006 she starred in the TV movie The Wives He Forgot. Ringwald recently appeared in an episode of the TV series Medium.

Ringwald has appeared in Cabaret, tick, tick... BOOM!, and Enchanted April on Broadway, and in the fall and winter of 2006 she starred as Charity Hope Valentine in the national tour of the Broadway revival of the musical Sweet Charity.

Ringwald is currently starring in the ABC Family network's series The Secret Life of the American Teenager, which debuted on July 1, 2008,playing the title teenager's mother.